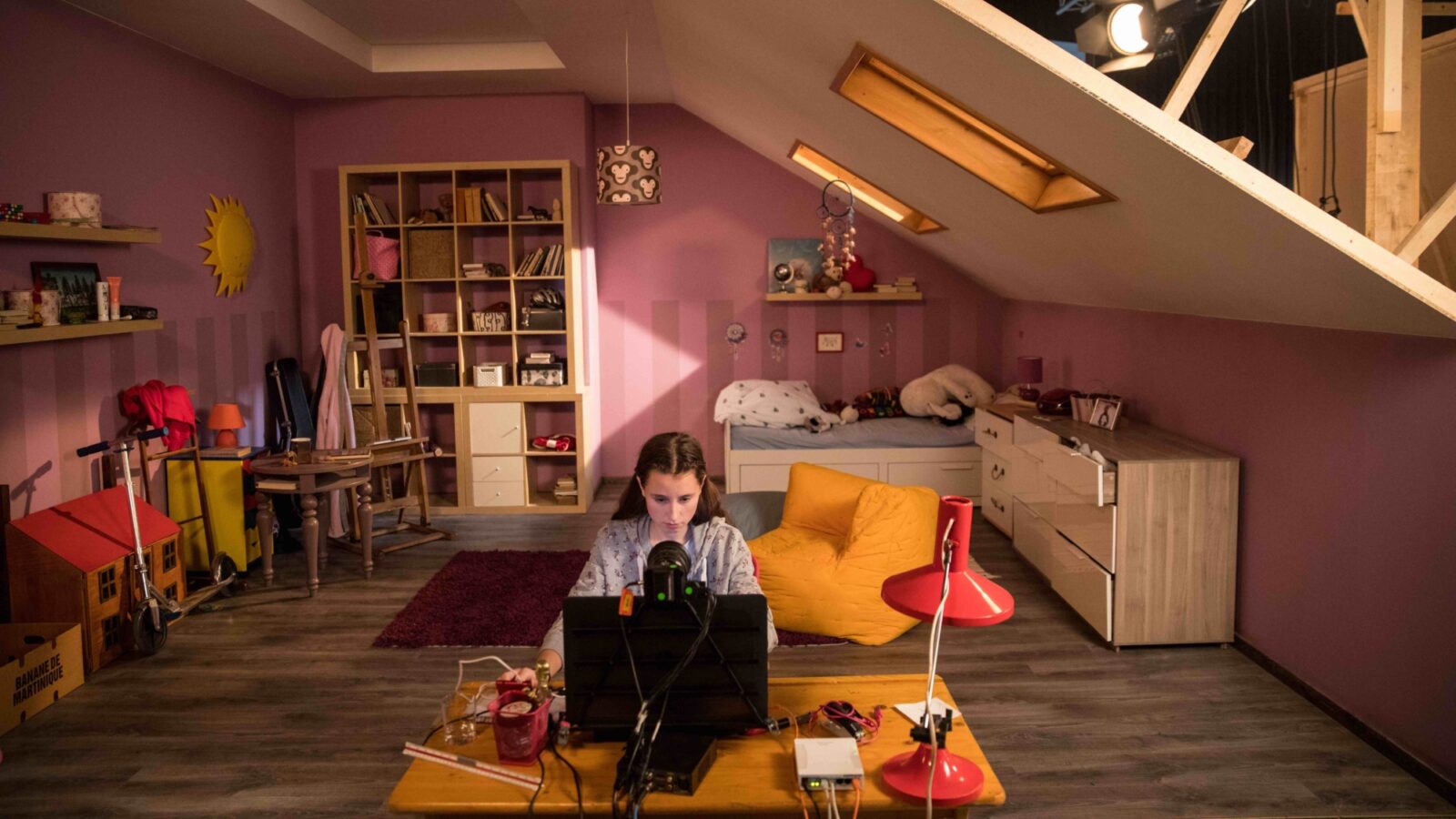 The two filmmakers Barbora Chalupová and Vit Klusák set out to investigate the extent of online abuse children face in their home country, the Czech Republic. They cast three adult female actresses to pose as 12-year-old girls on social media services like Facebook and Skype. It only takes a few minutes before they receive the first messages from much older men wishing to chat with the “girls”.

The instructions from the directors are clear: the three women are to play naïve in the face of sexual advances, never flirt or return any sexually laden conversation. Backstage of their studio “bedrooms”, sexologists, psychologists and lawyers are on hand to help the actresses deal with what they experience.

The result is a disturbing experiment which leaves a sickening feeling, considering the situations we witness are something children around the world experience daily. Contrary to what you’d expect, the documentary also manages to balance a somewhat lighter tone as we are included into the warm humor of the actresses between chat-sessions. However, we are soon reminded that the real-life situations this documentary mimic are void of any professional help or humorous intermissions.