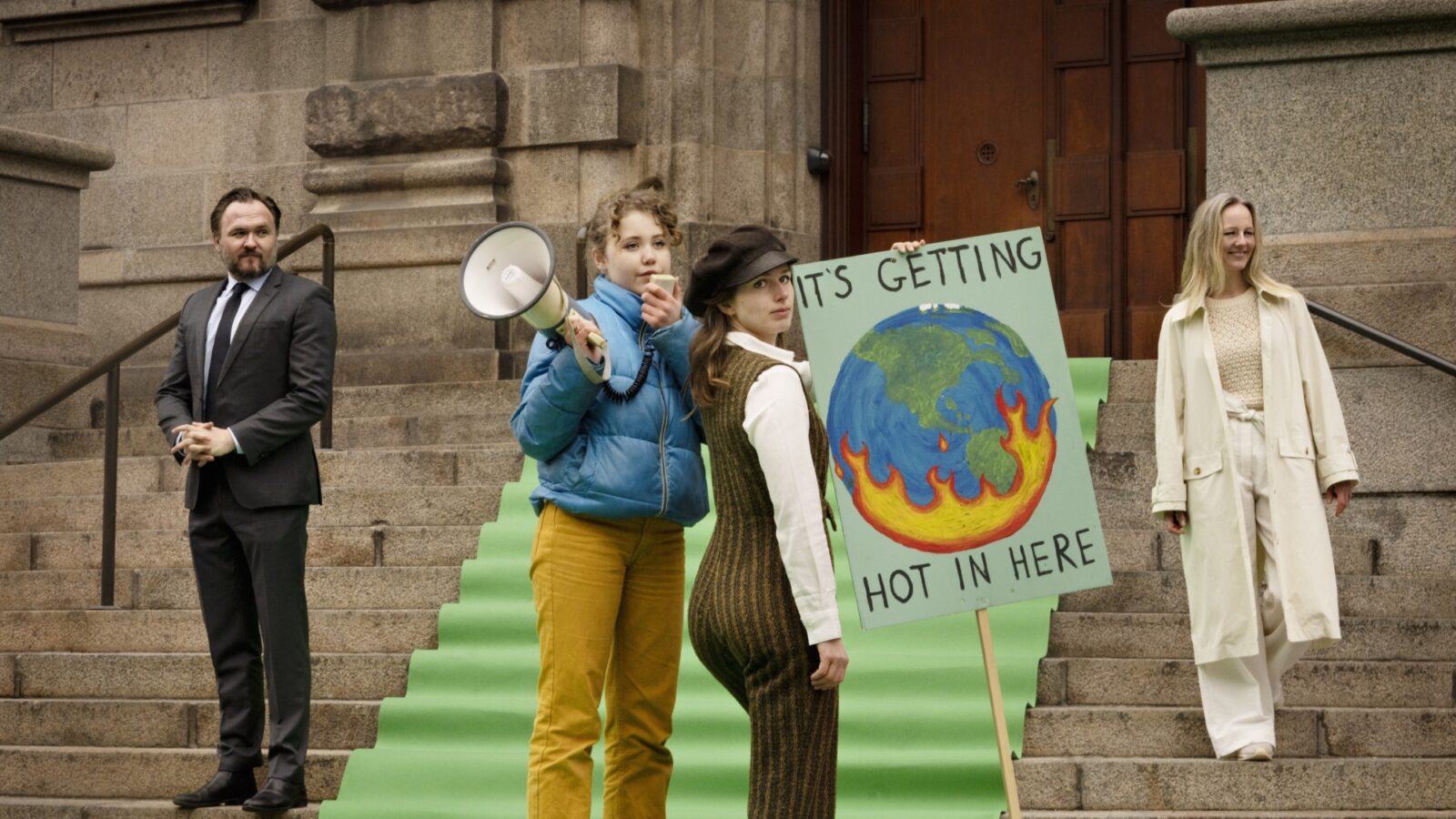 As the world's first country, Denmark passed a climate act in 2020. Phie Ambo's recent documentary follows the process before and after the decision, which means that Denmark pledge to reduce greenhouse gas emissions by 70 percent in 2030. By 2050 at the latest, Denmark shall also be climate neutral.

70/30 is a timely documentary, showing how policy and bureaucracy could be a solution, but also an obstacle to sustainability. In the film, we meet Esther Kjeldahl and Selma de Montgomery who represent the young climate movement, in addition to the politicians Dan Jørgensen and Ida Auken. The climate activists stand on the barricades and want extensive changes in society, while the politicians are the ones in charge. Do they dare to risk a secure economy to protect a green future? And will the climate act be as effective as the activists had hoped for?

The corona crisis has shown that countries of the world can make drastic changes in people lives when needed. How wide-ranging changes would we be willing to make for the climate crisis? And could the oil nation Norway have been willing to do something similar as Denmark?70/30 is an immersive documentary that intervenes in unpleasant realities. Watch the film and start debating!

Phie Ambo (b. 1973) is educated at the National Film School of Denmark. She has directed a number of award-winning films, such as Family (2001), Gambler (2005) and Mechanical Love (2007). Her documentaries are poetic, personal and political. 70/30 was the opening film at the documentary film festival CPH:DOX in 2021.