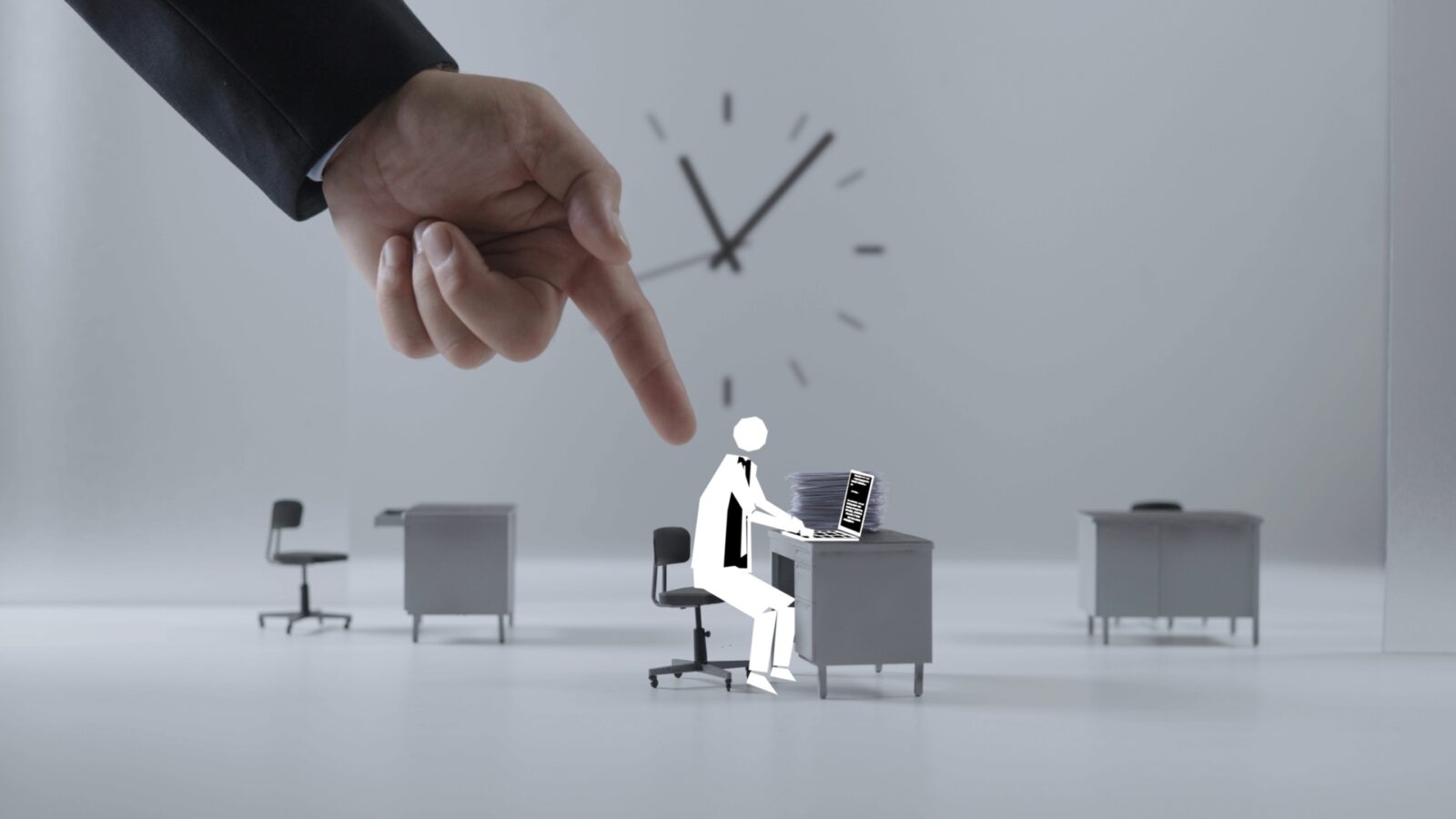 The Happy Worker - Or How Work Was Sabotaged

What is wrong with the way we work? The Happy Worker explores this question.

Constant interruptions, endless meetings and more middle managers than you can keep track of. For those of us who work in an office this may be relatable. In the beginning of The Happy Worker the narrator lists several characteristics of a normal workday for many, but the points listed up are from a manual for sabotage used during the Second World War. In other words, we have taken a known method of sabotage and applied it to our everyday work life. How could this happen?

John Webster’s documentary takes a stand against the way work is organized. The way we work is simply not working. Webster takes us behind the facade and reveals the systemic problems which characterizes the workplace, exploring everything from a culture of silence, shallow changes and incompetent leaders, to how we are educating our children. The film is filled with humor and irony without losing focus on the real consequences a toxic work environment has for the people who work there, often leading to burnouts.

Our guides on this journey are the now deceased anthropologist and activist David Graeber and the Berkeley based pioneer in burnout research, psychologist Christina Maslach. We meet people from different countries who have experienced problems at their workplace and look at the health consequences this has led to. The Happy Worker forces us to ask if there is something deeply wrong with the way we work, and what can we do about this?

John Webster was born in Finland to British parents, and has directed and produced documentaries for over 25 years. His films approach several different topics, but typical for them are stories with human themes. Through the years his films have been screened for an international audience, and has won several awards.

Original title The Happy Worker - Or How Work Was Sabotaged

THE HAPPY WORKER // Life in the hamster wheel // Pix Politics

Behind the Swedish Model