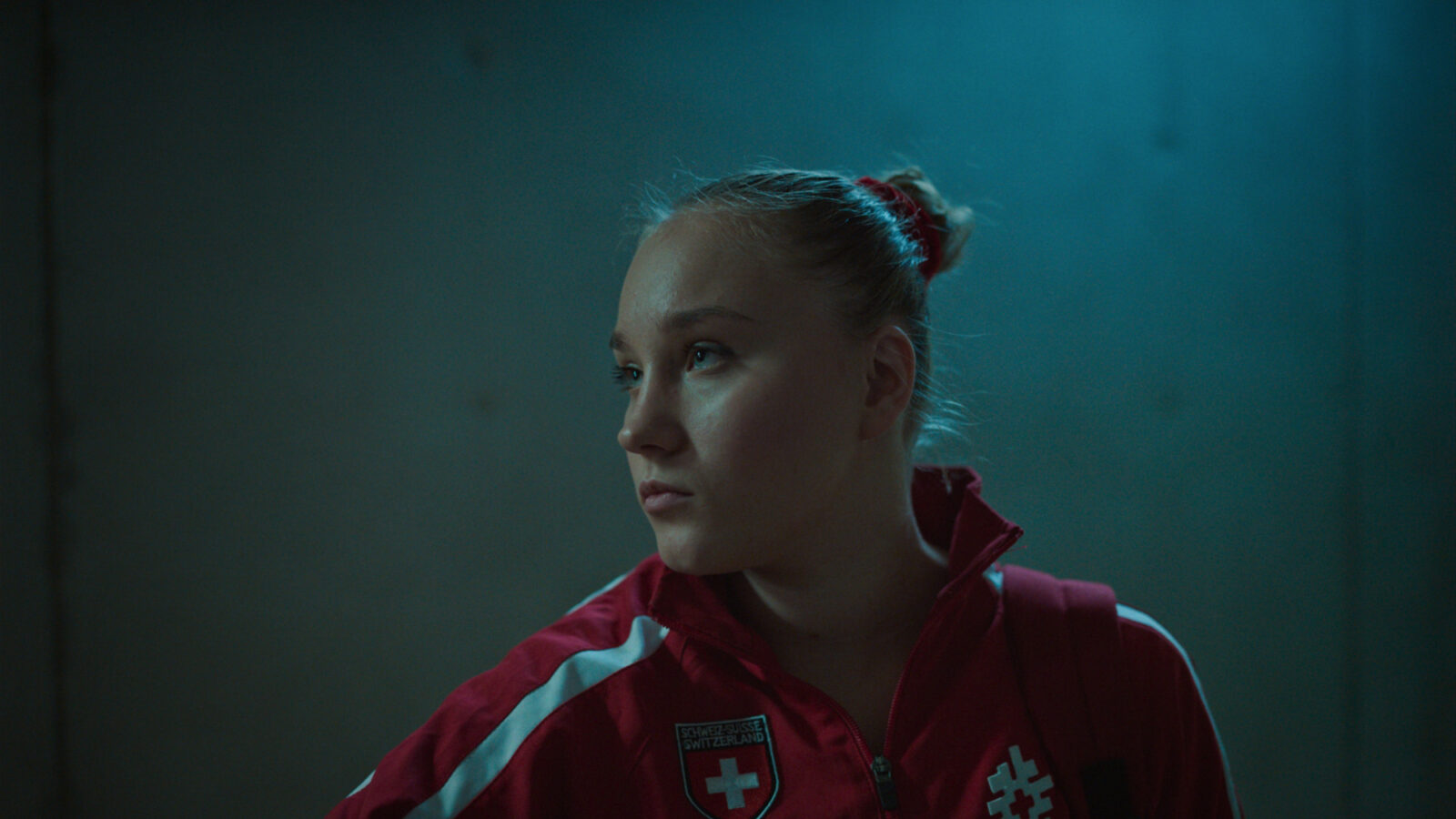 A life in safety and exile comes at a price.

The conflict in Ukraine reaches far beyond the country’s borders. In Olga we meet the gymnast Olga who flees her home country during the 2014 revolution because she has a Swiss father. In Switzerland she lives at a boarding school where she is to compete for the Swiss national team in the European championship. Her Ukrainian mother is an investigative journalist and living in fear for her life because of her work on revealing corruption within the pro-Russian government and has to stay behind.

Being safe at last, but at the same time being far from her family who is in danger, is a great load to carry for Olga. She struggles with loneliness and anxiety in a new country where she also naturally struggles with understanding her coach and teammates. The film is an important reminder of how hard it is to be a refugee.

Elie Grappe (b. 1994) is a French director who previously screened his short film Rehearsal (2014) at film festivals like IDFA, Clermont-Ferrand and Krakow Film Festival. His other short form 2015, Suspendu, has been shown at over 60 festivals throughout the world and won several awards. His feature debut Olga (2021) was chosen for the Semaine de la Critique section at the film festival in Cannes and was the Swiss Oscar candidate the same year.