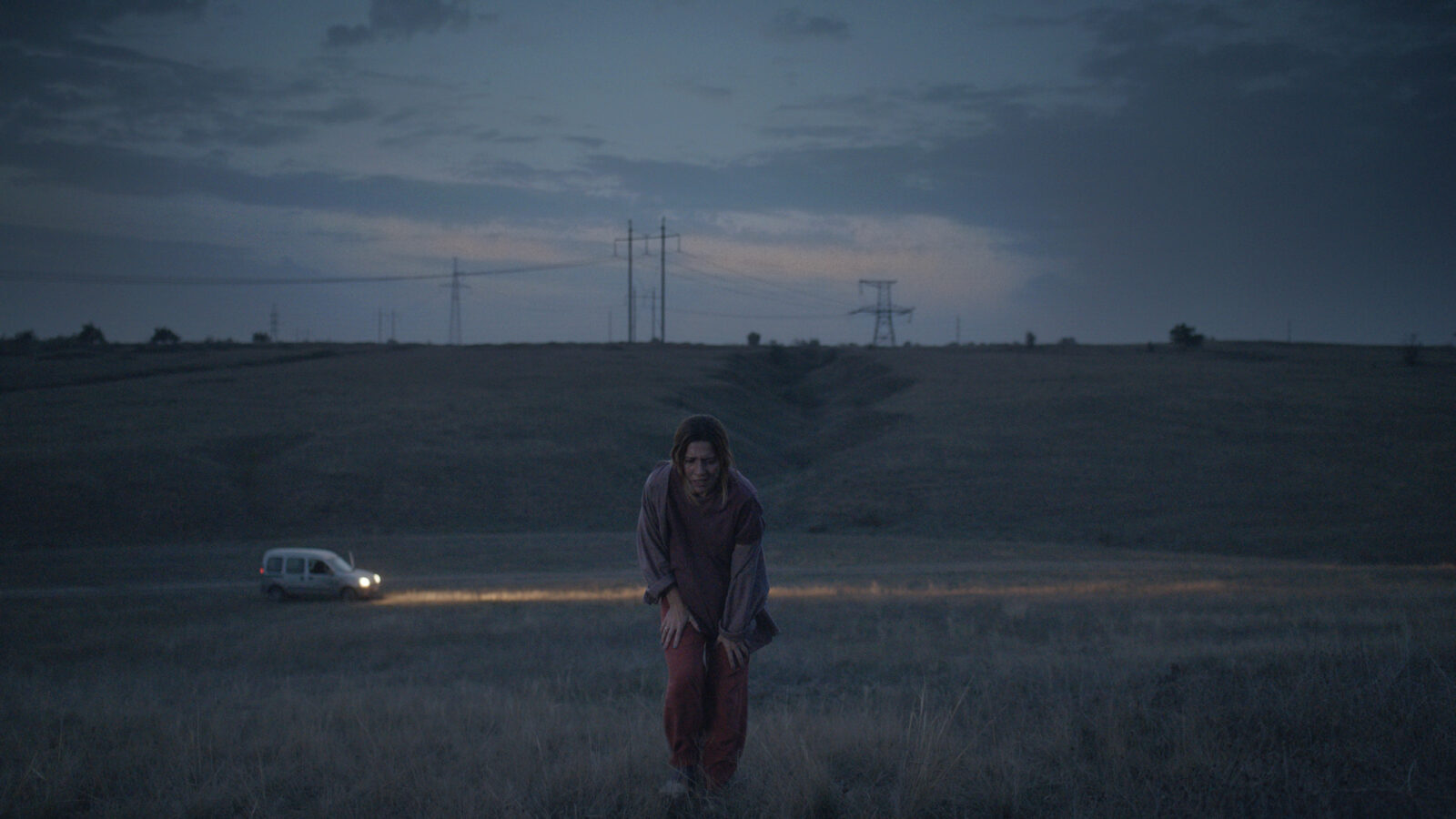 A powerful celebration of resistance, set in the Donetsk region of Ukraine in the aftermath of a passenger plane that was shot down in 2014.

We are located in the Donetsk region of Eastern Ukraine, July 2014. Irka and Tolik are a couple anticipating the birth of their first child, but when a plane crashes nearby they’re torn out of their safe bubble. Everything changes for the young couple. Armed forces are closing in on the region and relatives of those who perished in the plane crash are visiting the area as a sort of pilgrimage. The young couple have to decide whether to stay or to evacuate.

Klondike is based on the real Malaysia Airlines plane that was shot down in Eastern Ukraine on July 17th, 2014. The film uses a surreal, tense mood to tell the story of the couple living near the site of the tragedy. The story of the couple who is intent on keeping their home in a conflict area of ever-increasing tension is a powerful celebration of human resistance.

Maryna er Gorbach started her studies at the Kyiv National I. K. Karpenko-Kary Theatre, Cinema and Television University in Ukraine before her master’s degree at Andrzej Wajda Master School of Film Directing in Poland. Before Klondike she directed three feature films with her husband Mehmet Bahadir Er.