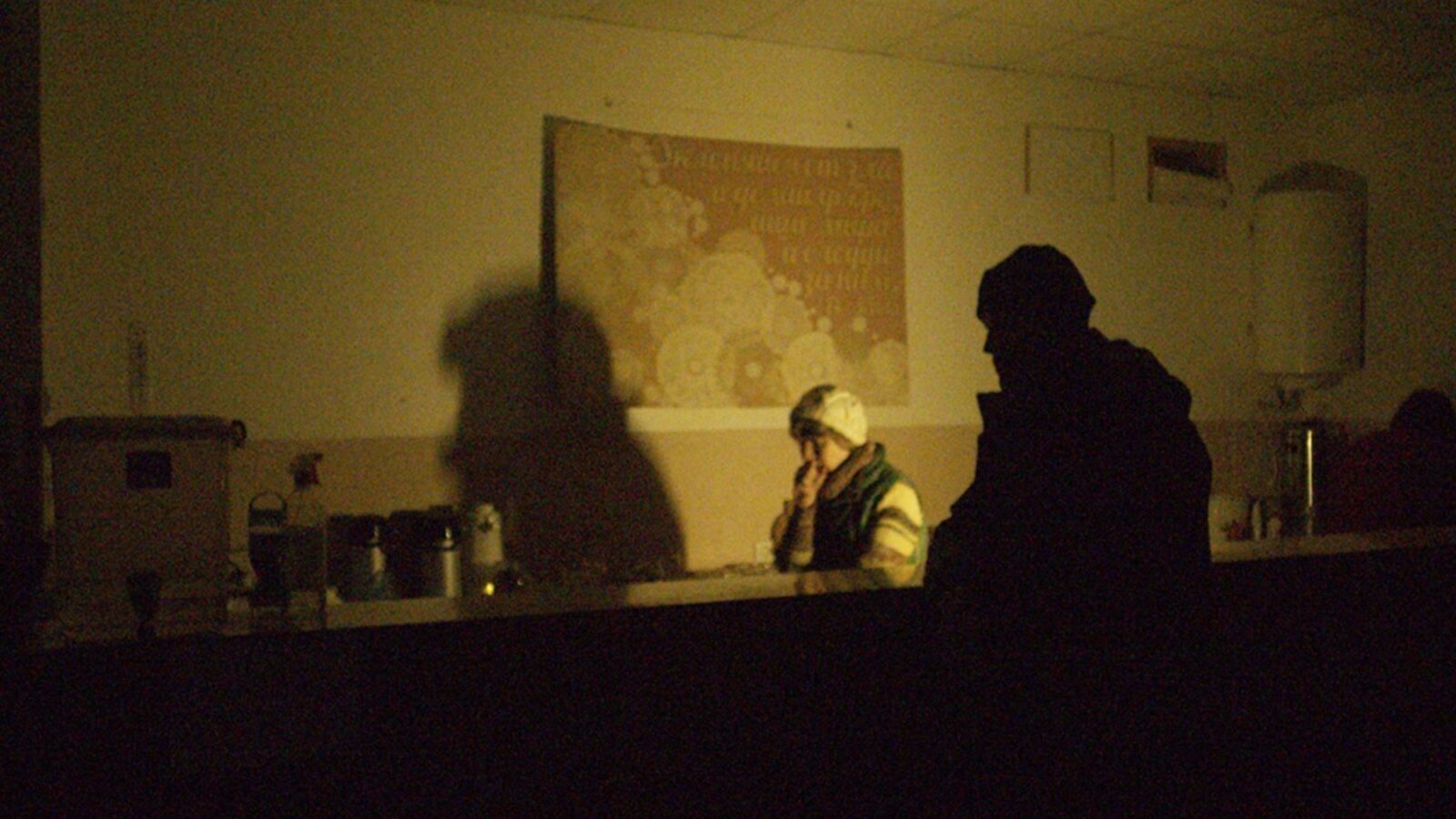 Mantas Kvedaravičius traveled to Mariupol to record the people he met in 2015 and ended up in the middle of the Russian invasion of Ukraine.

In 2022 director Mantas Kvedaravičius went back to Ukraine and Mariupol to record the people he met while shooting his previous film from 2015. Suddenly he found himself in the middle of the Russian invasion and the ongoing war. During the shooting of the film Kvedaravičius was captured by Russian forces and killed on April 2nd of 2022. He never got to see the completed film based on the material he shot.

The film shows how raw and real war is. Observational in its form it follows life during the worst ravages of war while the sound of exploding bombs are heard in the background. Mariupol 2 focuses on a group of people who have sought shelter in a church where they pray, sleep, and wait for the situation to change. The camera captures situations lasting between 10 seconds and several minutes, and as viewers we become spectators observing everyday life in an unusual setting. The tragedy we witness is difficult to watch, but there are still some small glimmers of hope.

After his death hardworking producers and Kvedaravičius’ partner, Hanna Bilbrova, worked on completing the material, and Mariupolis 2 was screened at this year’s film festival in Cannes.

Mantas Kvedaravičius (1976-2022) was a filmmaker from Lithuania. His first documentary, Barzakh (2011), was selected by several film festivals and won many awards, among these are: The Amnesty International Prize and the Ecumenical Jury Prize at the Berlinale. His next two films, Mariupolis (2016) and Parthenon (2019), were selected by the Berlinale and the Critics Week in Venice. Kvedaravičius was captured and killed by Russian forces in April of 2022 when he was in Mariupol shooting his final film.