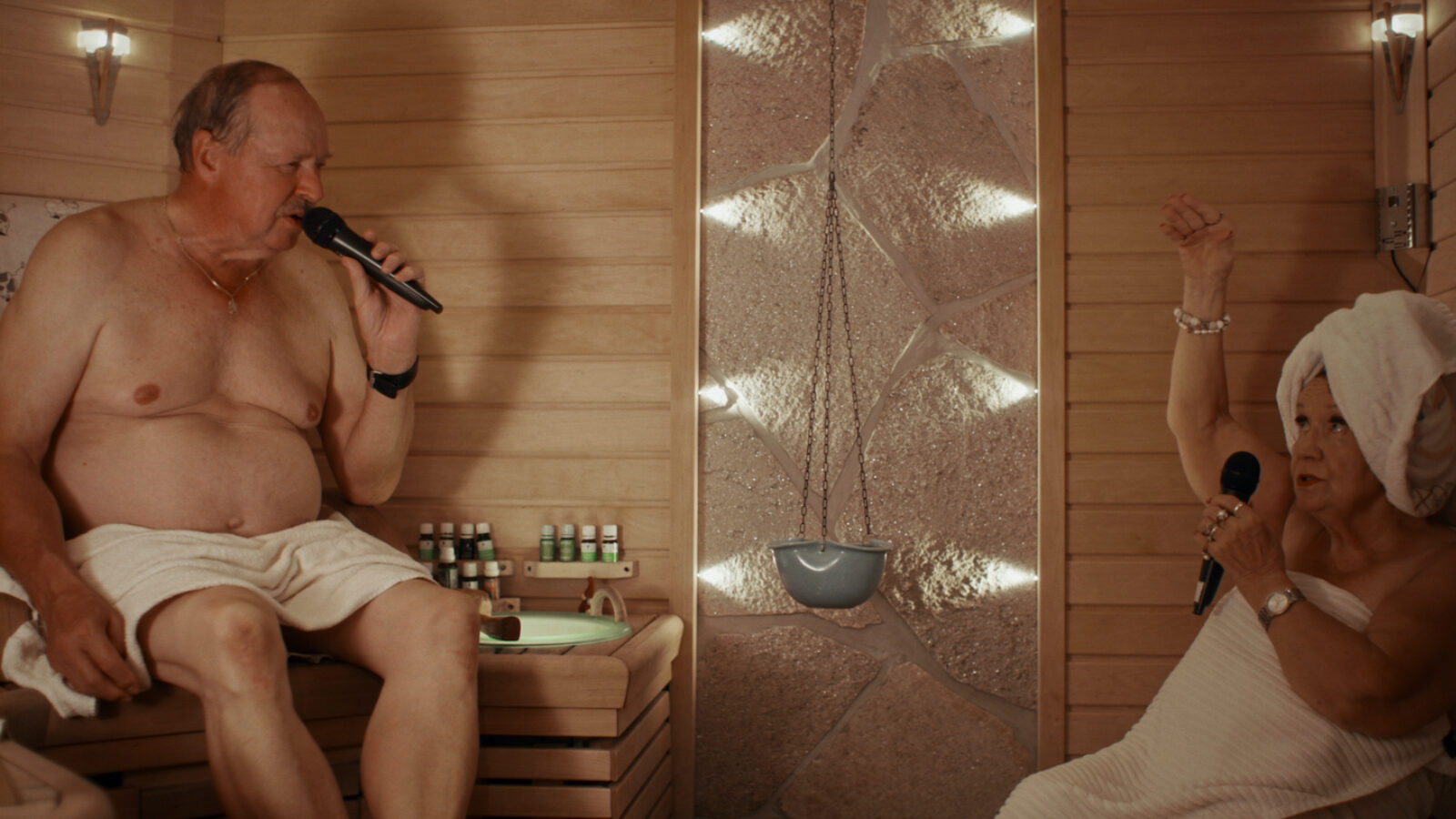 Why go all the way to Japan to experience a karaoke culture there when you can just hop over to Finland?

There is no need to travel all the way to Japan to experience a whole nation dedicated to karaoke. Finland has the title as the Nordic pioneer when it comes to the activity most Norwegians probably need a few drinks before embracing.

In Einari Paakkanen’s documentary we meet a wonderful cast of characters who all have different reasons for picking up the mic, be it in their living room, in the sauna or at a bar - both in good company or alone. The common denominator to them is that by taking place and making oneself vulnerable, you also open up for new acquaintances and friendships.

The festival CPH:DOX, where the film had its world premiere earlier this year, called the film a «weird, Finnish cousin to Kandis for Life,» a film that is also screening at Oslo Pix this year. We could not agree more, and recommend them both to better understand our Nordic family, and maybe also learn something about ourselves.

Paakkanen’s documentary is a pure feel good film about the enormous impact of song, and in an excellent way it manages to tell something tender about people’s loneliness and wish to be part of a community. Just throw your shyness to the side and sing along!

Win a karaoke room – all audience members at the screening of KARAOKE PARADISE Tuesday August 30th at 20.45 will have the possibility of winning 1 hour in a karaoke room of their choice at Syng Grünerløkka, Syng Mer Sentrum or Syng Pent Solli.

Einari Paakkan (b. 1980) is a Finnish filmmaker who has previously made the documentary My Father from Sirius (2016) about his own father and his relationship with space. Karaoke Paradise is his second feature documentary, and premiered at the documentary festival CPH:DOX earlier this year.