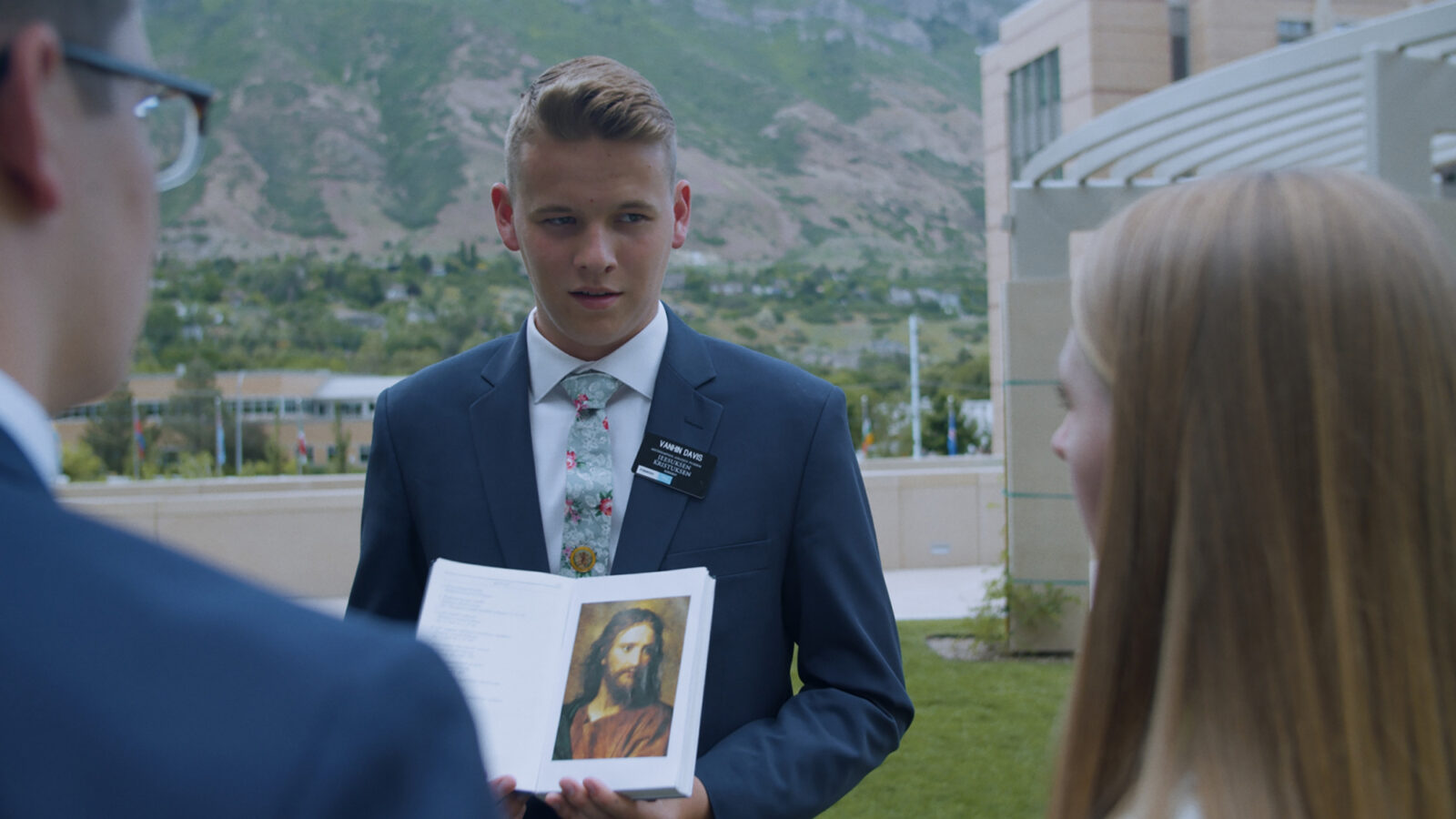 What happens when a group of teenagers go on a missionary journey to Finland to preach The Church of Jesus Christ of Latter-Day Saints? Well, you’ll find out there is a huge gap between the community founded by Joseph Smith in Utah and Helsinki, and it is all about the will to believe.

The four mormon teenagers Elder Pauole, Elder Davis, Sister Field and Sister Bills leave for a missionary journey to Finland. Here they will stay for almost two years, far away from family and friends. Upon their meetings with the Finnish culture, an increasingly atheistic population and a very different one from their own, the youths must reflect over the role religion plays in their own lives. The stay is a physical and mental ordeal in a formative phase in the lives of the kids.

Director Tania Anderson has in her documentary The Mission taken a «fly on the wall» approach to the way she depicts the four missionaries. This gives us a rare glimpse into the lives of people many of us know from popular culture, where they often have been ridiculed - for instance in The Book of Mormon. Anderson’s vantage point is from the perspectives of the kids, and she never shies away from the difficult situations they encounter. The Mission feels like one part anthropological study, and one part reality TV, and the two genres work well together.

Tania Anderson is an American, British and Swiss citizen based in Finland. In addition to being a filmmaker she is a writer and a journalist, most recently for National Geographic. The Mission is her debut film.