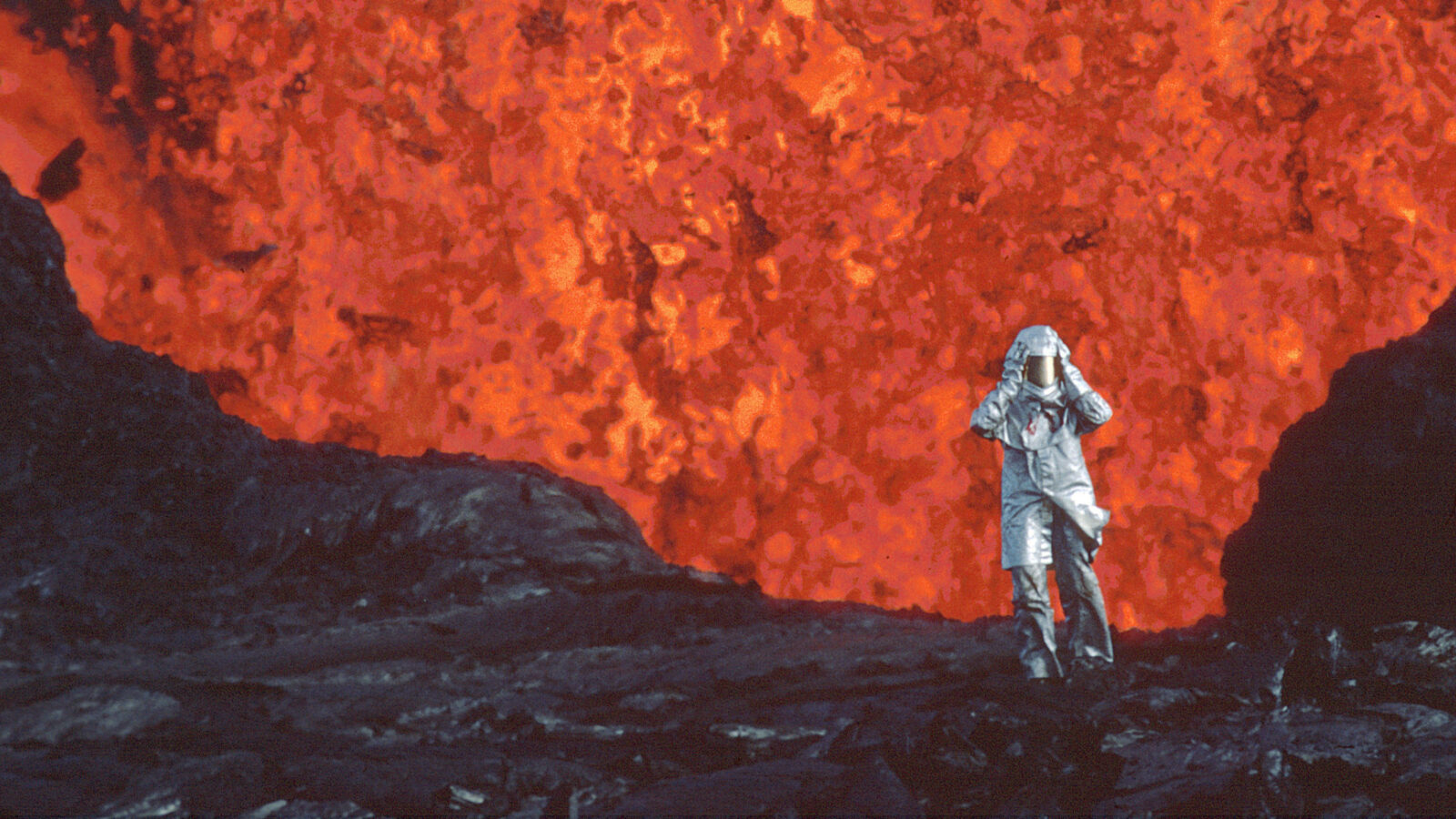 Katia and Maurice Krafft lived and died for a deeper understanding of the mysteries of volcanoes.

Surrounded by the beauty and dangers of volcanoes, Katia and Maurice Krafft found love. 30 years after their tragic death, we finally get to witness the spectacular footage and the undying love of the two charming volcanologists. Miranda July's narration provides poetic observations reminiscent of Werner Herzog: «Alone they can only dream of volcanoes; together, they can reach them».

Fire of Love shows humans facing love and the spectacular powers of nature. Katia and Maurice wanted to share their knowledge with the world, and we get to see some of their TV-appearances. Though their eventful lives were cut short, they still live through their spectacular footage. Now we get to join them on their adventures.

The screening on September 1st is introduced by Olivier Galland, Researcher by Department of Geosciences.

The screening on September 2nd is introduced by Mirage Art of the Real Festival.

Sara Dosa's documentaries explore humans in relation to nature. She's behind such films as The Last Season (2014) which was nominated for the Independent Spirit's Truer than fiction-award, and The Seer and the Unseen (2019) which won best documentary at Oslo Film Festival. Fire of Love premiered at this year's Sundance.