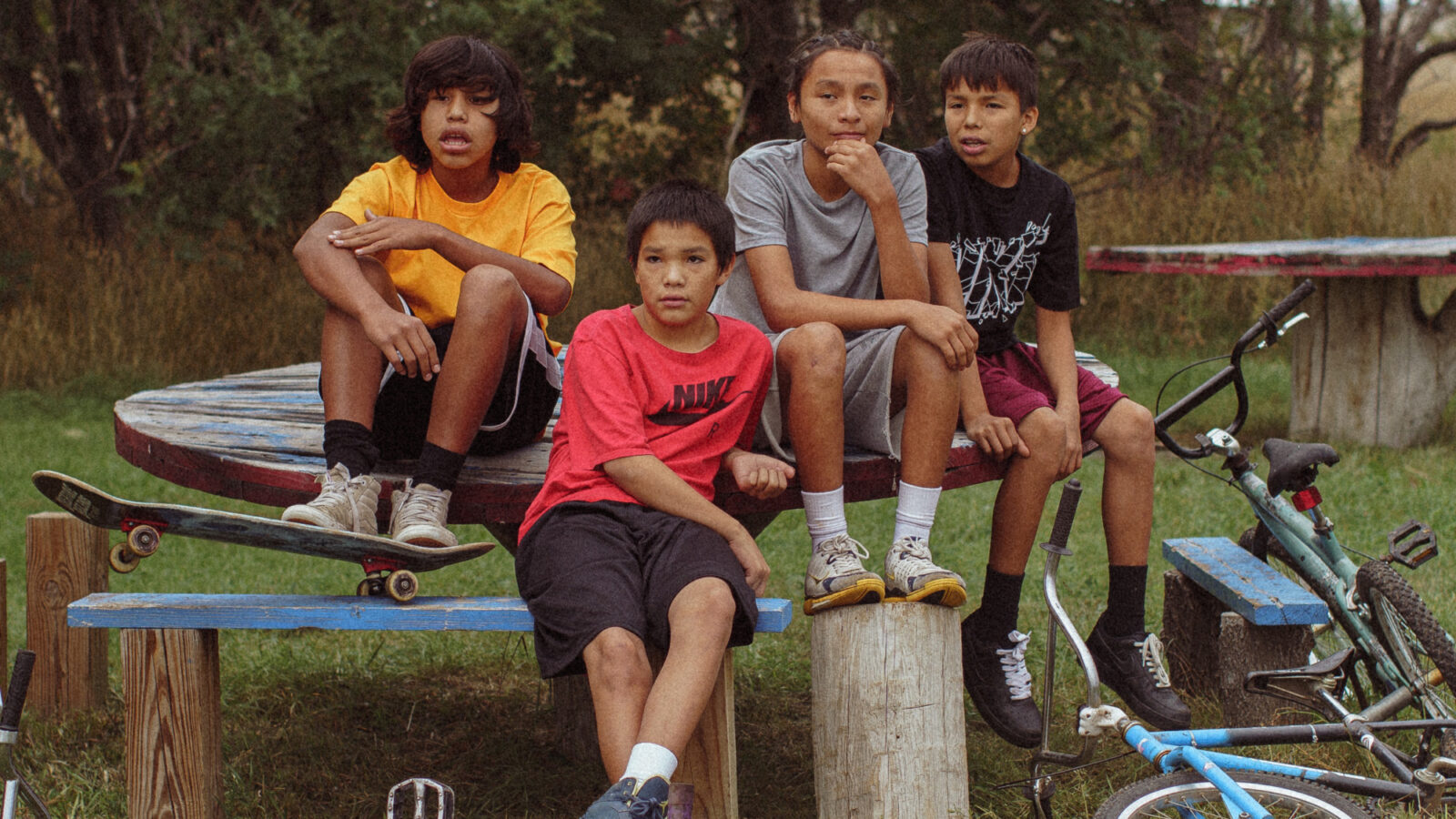 See Riley Keough's and Gina Gammell’s directorial debut which was one of the big talking points from this year's Cannes Film Festival.

Bill (Jojo Bapteise Whiting) aged 23 and Matho (LaDainian Crazy Thunder) aged 12 both live on the Pine Ridge Reservation in South Dakota. Life is not easy for either of them. Bill lives with his grandmother, has children with two different women and money is tight. Matho is even worse off. He lives with his absent and sometimes violent father, who is a drug dealer. The fridge is mostly empty. Nevertheless, the two have by no means given up, and in touching, creative and sometimes funny ways, they handle everyday life in their own manner. For Bill, the path to a better life seems to open when he starts working for Tim (Sprague Hollander), the wealthy owner of a large turkey farm, but when Tim turns out to be up to no good, he must once again adjust his plans for the future.

Where many films about poor and marginalized people in the US tend to be overly simplistic, Keough and Gammell's film provides a portrayal that is both respectful and realistic. The parallels to Chloé Zhao's films The Rider and Song My Brothers Taught Me, both shot in the same location, are undoubtedly present. This, in combination with cinematographer David Gallego's (Bird of Passage and I Am Not a Witch) enchanting images and the eminent acting from what are largely amateurs, makes War Pony one of the year's great cinema experiences.

War Pony was very deservedly named the winner of the Golden Camera Award for best debut film during this year's film festival in Cannes.

Riley Keough (b. 1989) is known for a number of great roles as an actor in, among others, Mad Max: Fury Road (2015), It Comes at Night (2017), and not least American Honey (2016). She is also the granddaughter of Elvis Presley himself. Together with director and producer Gina Gammell, Keough started the production company Felix Culpa. Gammell has previously made several music videos.