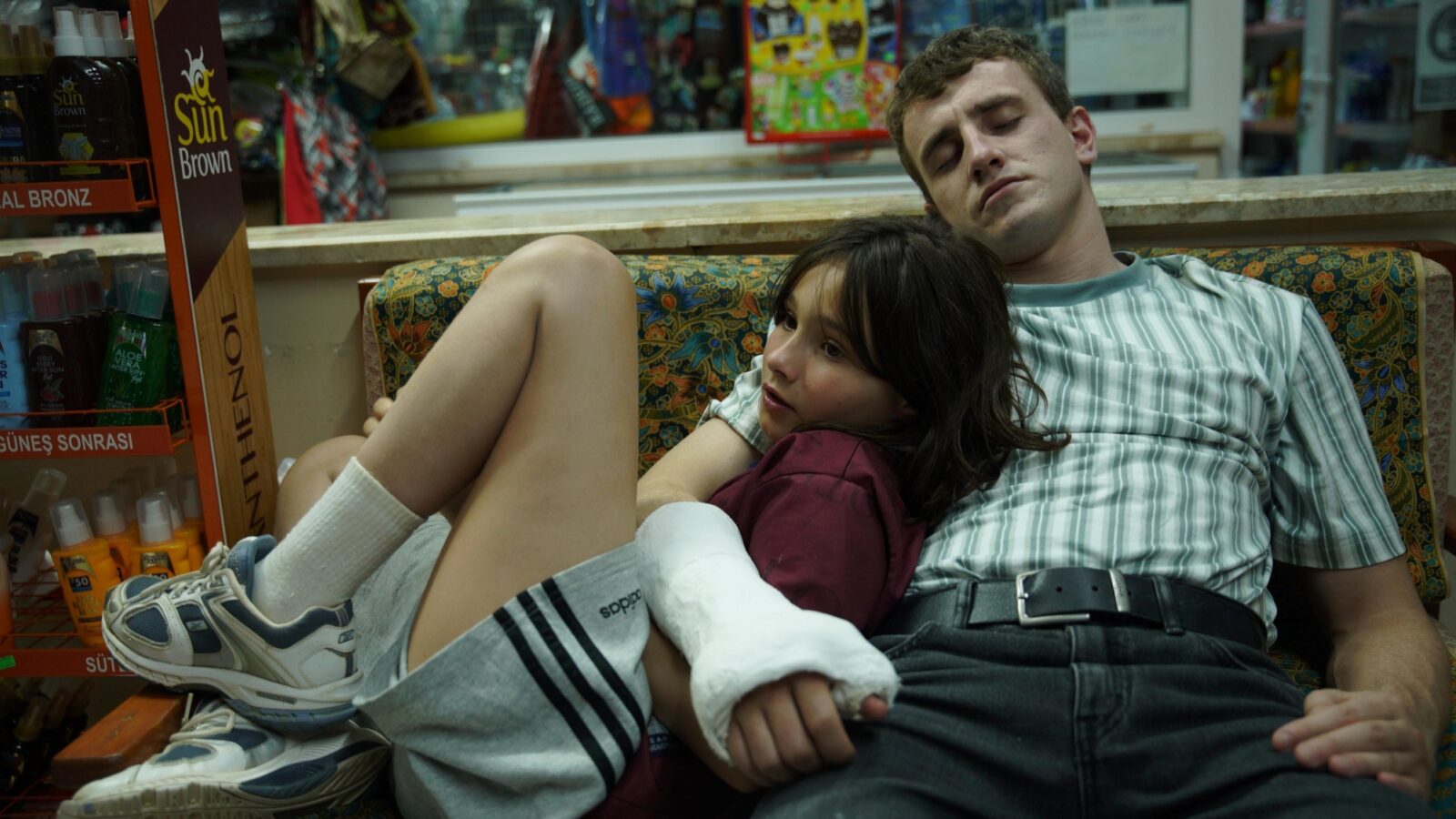 Melancholic memories from a family vacation in Turkey in the most talked about film from Cannes this year.

An adult Sophie remembers a charter trip with her young father, Calum, to Turkey, sometime in the 1990s when she was eleven years old. Happy memories are intertwined with melancholic ones in what is both a confrontation and a love letter to her father.

Charlotte Wells has in her impressive feature film debut put together a film that on the surface level appears to be a small, naturalistic portrait of the relationship between a father and daughter, but which slowly unpacks as a complex and powerful story when we gain a deeper understanding of the two main characters. In a melancholic tone, the film reveals layer upon layer of meaning as we, alongside Sophie, explore what the childhood memories meant at the time, and what they mean in hindsight.

Wells has described the film as emotionally autobiographical, undoubtedly something that contributes to the authenticity and rawness of the story, which will deeply affect anyone watching it. Aftersun was for many the highlight from this year’s Cannes film festival.

This year is the 30th anniversary of Arthaus, who handle the Norwegian distribution of AFTERSUN. The anniversary will be celebrated with an afterparty at Ingensteds (Brenneriveien 9) on Wednesday, August 31st at 21.30. The party starts as soon as the AFTERSUN screening is over, and Ingensted is located a few minutes' walking distance from Vega scene.

Charlotte Wells is a Scottish filmmaker based in New York. She has been featured in Filmmaker Magazine’s «25 Faces of Independent Film» and was a Fellow at the 2020 Sundance Institute Screenwriters and Directors Labs. She wrote and directed the shorts Tuesday (2015), Laps (2017) and Blue Christmas (2017), and her first feature Aftersun (2022) premiered in the prestigious Critic’s Week section at the Cannes Film Festival.