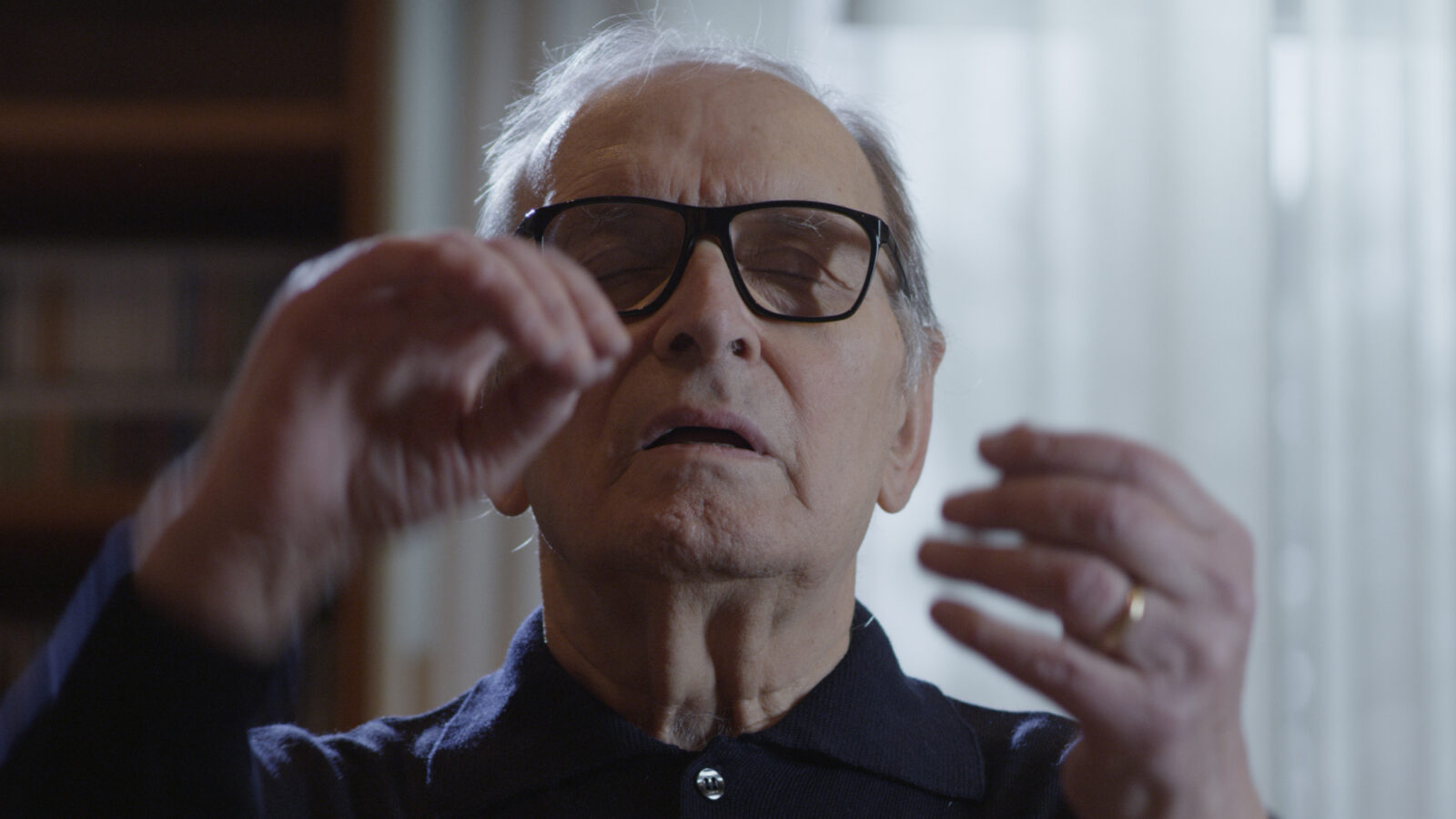 The career of the most famous composer in film history is summed up in this magnificent tribute to cinema, and to the music that can elevate the images to gripping new heights.

If one person can be seen as a synonym for the sound of film, it is Ennio Morricone. The career of the most renowned composer in film history spanned more than 60 years and hundreds of compositions, including immortal classics such as Sergio Leone’s spaghetti westerns, Brian de Palma’s The Untouchables and Giuseppe Tornatore’s Cinema Paradiso.

It is Tornatore who has taken on the task of summing up Morricone’s extensive career. The core of this documentary is a conversation with the master himself, where he talks in detail about the music he composed, covering both some of the epic classics and smaller Italian genre films. Many of Morricone’s admirers – Quentin Tarantino, Dario Argento, Hans Zimmer, Quincy Jones and many more – also come with their opinion on the composer.

Ennio Morricone passed away in 2020, but the year before he performed in front of a sold-out Telenor Arena. Ennio is the closest we will get to a similar experience today: A magnificent tribute to cinema, and to the music that can elevate the images to gripping new heights.

The screening on September 1st is a collaboration with The Italian Cultural Institute and is introduced by Brita Møystad Engseth.

The screening on September 4th is a collaboration with NOPA and is introduced by composer Gaute Storaas.

Giuseppe Tornatore (b. 1956) is an Italian director who is most known for the Oscar winning classic Cinema Paradiso (1988). Since then he has directed several films that have been shown in cinemas in Norway, among them Everybody’s Fine (1990) and A Pure Formality (1994). Tornatore and Ennio Morricone had a collaboration running over several years, starting all the way back with Cinema Paradiso.

ENNIO: THE MAESTRO // Intro and Reception