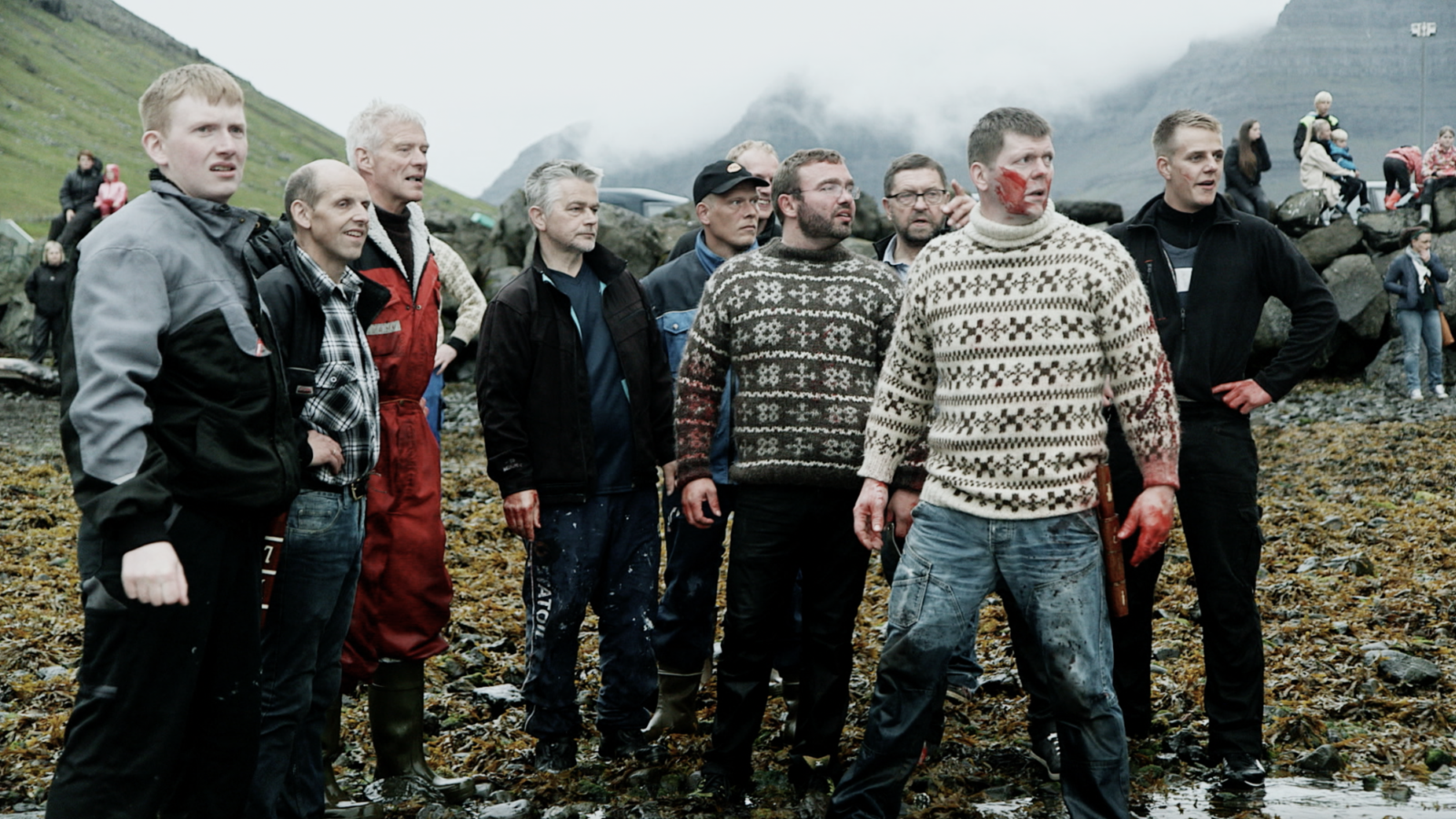 «If slaughterhouses had glass walls, everyone would be a vegetarian». - Sir Paul McCartney

Inhabitants of The Faroe Islands have for centuries hunted pilot whales, but today this is condemned by international activists. This type of hunting was a necessity to get food back in the day, but today, when we can get whatever we want from the grocery store, it is worth asking the question; do we still need this bloody tradition? The yearly hunt still continues, and the meat is split between the inhabitants of the island.

The dilemmas in Vincent Kelner’s documentary are in other words lined up: tradition, culture, history, identity, sustainability, public health, animal rights and biodiversity are just some of the themes that are in conflict with each other. What is really that wrong about sustainable whale hunting if the alternative is to eat meat from the grocery store? Is the international condemnation of whale hunting – led by the organization Sea Shepherd who has Pamela Anderson on their side – built on rational argumentation or does it actually come from the aversion to the brutal images of blood red seas when the whales are killed?

The hunted whales are not an endangered species but have still become the focus for many. The Faroese have on their side pointed out the hypocrisy of the ones condemning them but are still choosing to look the other way when it comes to the industrial meat industry. Is it better to eat meatloaf from the store than whale meat from free roaming whales?

Vincent Kelner is a French filmmaker and journalist who has experience making documentaries for television. A Taste of Whale was screened at the film festival CPH:DOX earlier this year. The inspiration for the film came from following the French branch of Sea Shepherd.

Original title A Taste of Whale