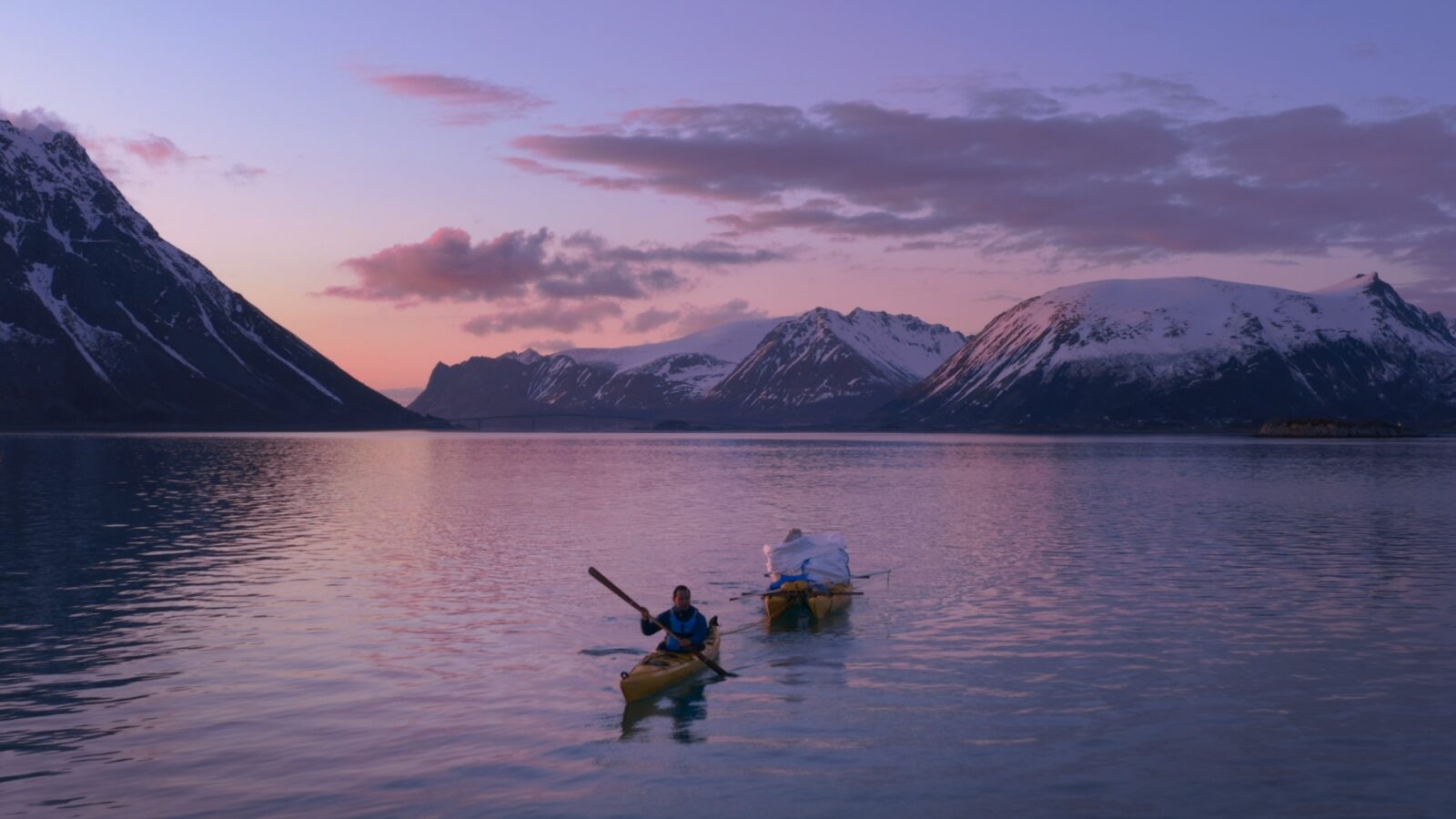 A German beer bottle floats in the Arctic Ocean in Lofoten. Where did it come from?

Filmmaker Steffen Krones picks up the bottle and brings it back to Germany. Here he recycles it, but he can’t get the bottle’s journey out of his mind. Along with engineer Paul Weiß he decides to make and send GPS buoys along the Elbe River and out into the North Sea. Their goal is to understand how the plastic waste moves as a result of the ocean currents.

The bottle’s journey from Dresden to Northern Norway along the Elbe River is a frightening story about garbage and microplastic, and about the fatal consequences our waste has on the ecosystems. Krones visit biologists and scientists, but his most impactful meeting is with a kayaking friend in Lofoten who, along with several others, clean up after all of us on a daily basis. The Northern Drift is both a mournful and hopeful story, presented with the most beautiful nature Norway has to offer as a backdrop.

Steffen Krones is a German filmmaker with his education from Canada. He has collaborated with several filmmakers and artists throughout his career, and has contributed to the work on films, advertisements, music videos and short films. The North Drift is his feature debut.

THE NORTH DRIFT // Plastic in the Ocean // Pix Politics