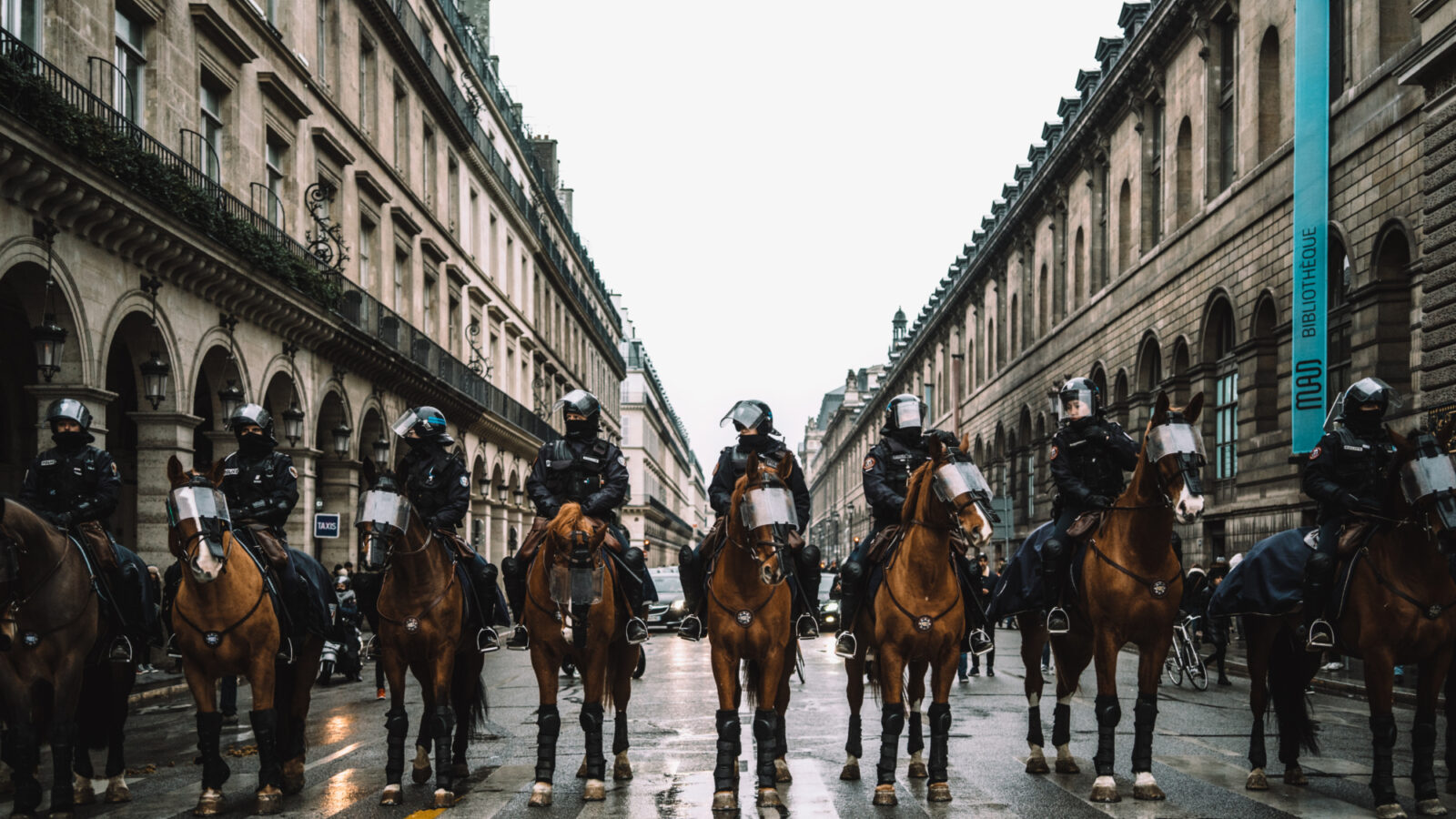 The Monopoly of Violence is a poignant and shocking look at the “yellow vests” movement in France from 2018, where confrontations between protestors and law enforcement officials at times reached an unbearable level of violence.

Director David Dufresne has edited the images taken by the protestors themselves, to submit them to their own judgment as well as that of the police, magistrates, sociologists and philosophers. Interviews, discussions and images follow one another without respite. Speech is the only common thread, because the viewer will only know at the end of the film who is who. By keeping the spectator in permanent suspense, the words and images converge towards a reconsideration of what we call the democratic consensus.

At the center of the debate, the question of the legitimacy of violence is raised, analyzed, and deconstructed. While the film does not provide an immediate response, it relentlessly confronts us with our own anger facing the images of a potential disaster.

David Dufresne is a journalist, writer and director who has studied and researched police and civil liberty issues. His feature documentary The Monopoly of Violence received the support of La Quinzaine des Réalisateurs at Cannes film festival in 2020 and won the Lumière award for best documentary. It was later nominated for best documentary in the Césars 2021.

Pix Politics: Contract of power and breach of trust