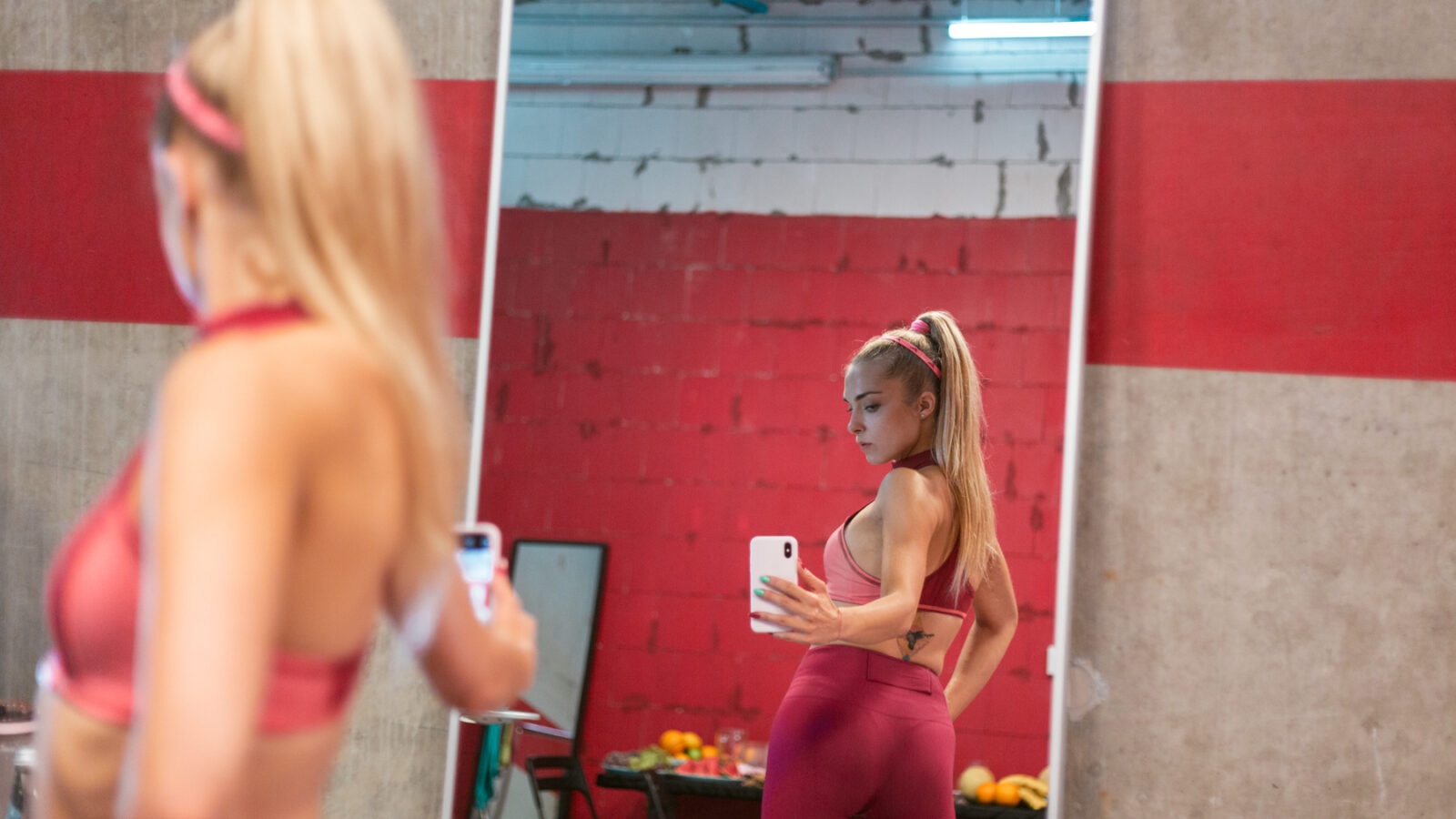 Sweat lets us experience three days in Sylwia Zajac’s life. She is a young, beautiful and successful training instructor and influencer, but her emotional life is not reflected in her outer life. Sylwia has hundreds of thousands of followers, but longs for true intimacy in a lonely everyday life. One day, she discovers a man spying on her from a car, and things start to happen.

Director Magnus von Horn has previously made films inspired by crime and violence, and there are traces of Horn's investigation of violence also in Sylvia's glossy world. The camerawork, which alternates between close-up portraits and cold architectural details, contributes to an eerie and alienated atmosphere, and adds an almost thriller-like quality to the film. Who is the influencer Sylwia? And what is she going to do with the stalker?

Sweat revolves around a stereotypical character in our mediated, contemporary life. But the investigation of Sylwias inner life is anything but a cliché. Sweat thematizes questions about class, and Poland's conservative politics is continuously resonating in the background.

Swedish Magnus von Horn (b. 1983) studied directing at the film school in Łódz. For his student films, von Horn won several awards, and his feature film debut The Here After (2015) took home the Swedish Guldbagge award for best cinematography and directing. Sweat was selected for the Cannes film festival in 2020, and has received awards at several festivals since.