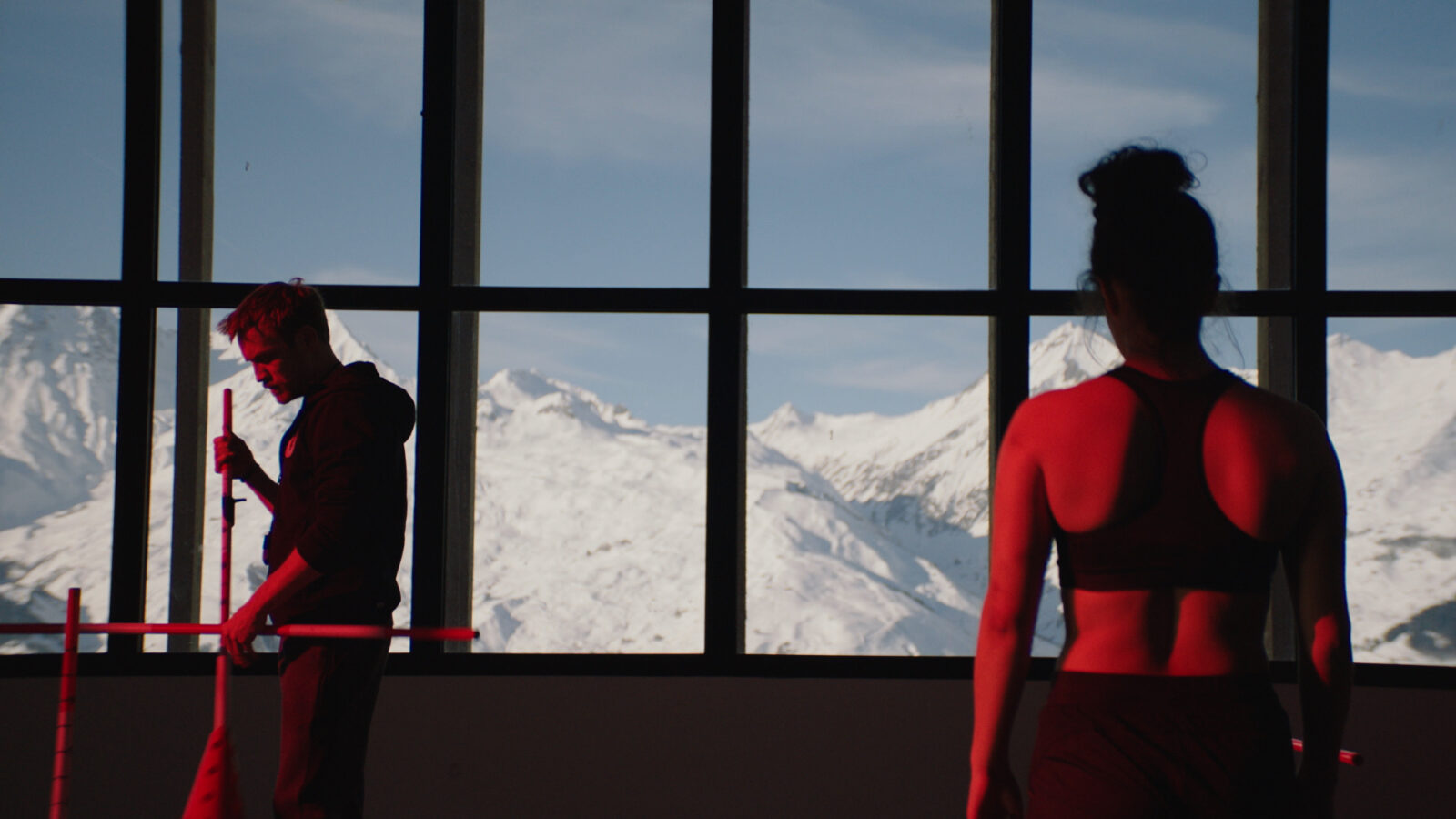 Fifteen-year-old Lyz has one goal: to stand at the top of the podium in the European Slalom Championships. She has been enrolled in a prestigious training camp for juniors, and will spend the next few months in a sleepy Alpine village together with a group of promising and hormonal teammates.

Lyz is one of those young people who, in the absence of supportive parents, has learned to fend for themselves, with the help of a hard surface and a will of steel. When her coach Fred hands her a bucket of protein powder and says she's lagging behind the others on the team, she is determined to prove him wrong. Her improved performance on the slopes yields returns, and soon Lyz finds herself in the position of being Fred’s protégé. In the absence of other stable adults, he becomes Lyz's lifeline, overwhelming her with much-needed recognition. However, the extra attention gradually develops into an unhealthy and destructive relationship between coach and performer.

Slalom shows both the euphoria of the winning moment and the desperation of being trapped inside other people's expectations, but this is anything but a classic sports film. Despite its cool, distanced visual expression, this is a film with a strong nerve, and a masterful exposure of fragile relationships and abuse of power.

Charlène Favier (b. 1984) is a French film producer, actress and director. She founded her own production company, Charlie Bus Production, at the age of 24. In 2015, she graduated from FEMIS script workshop. At the same time, she wrote, directed, and produced several short films and documentaries. Slalom is Favier’s first feature film, and is based on her own experiences from high-performance sports.