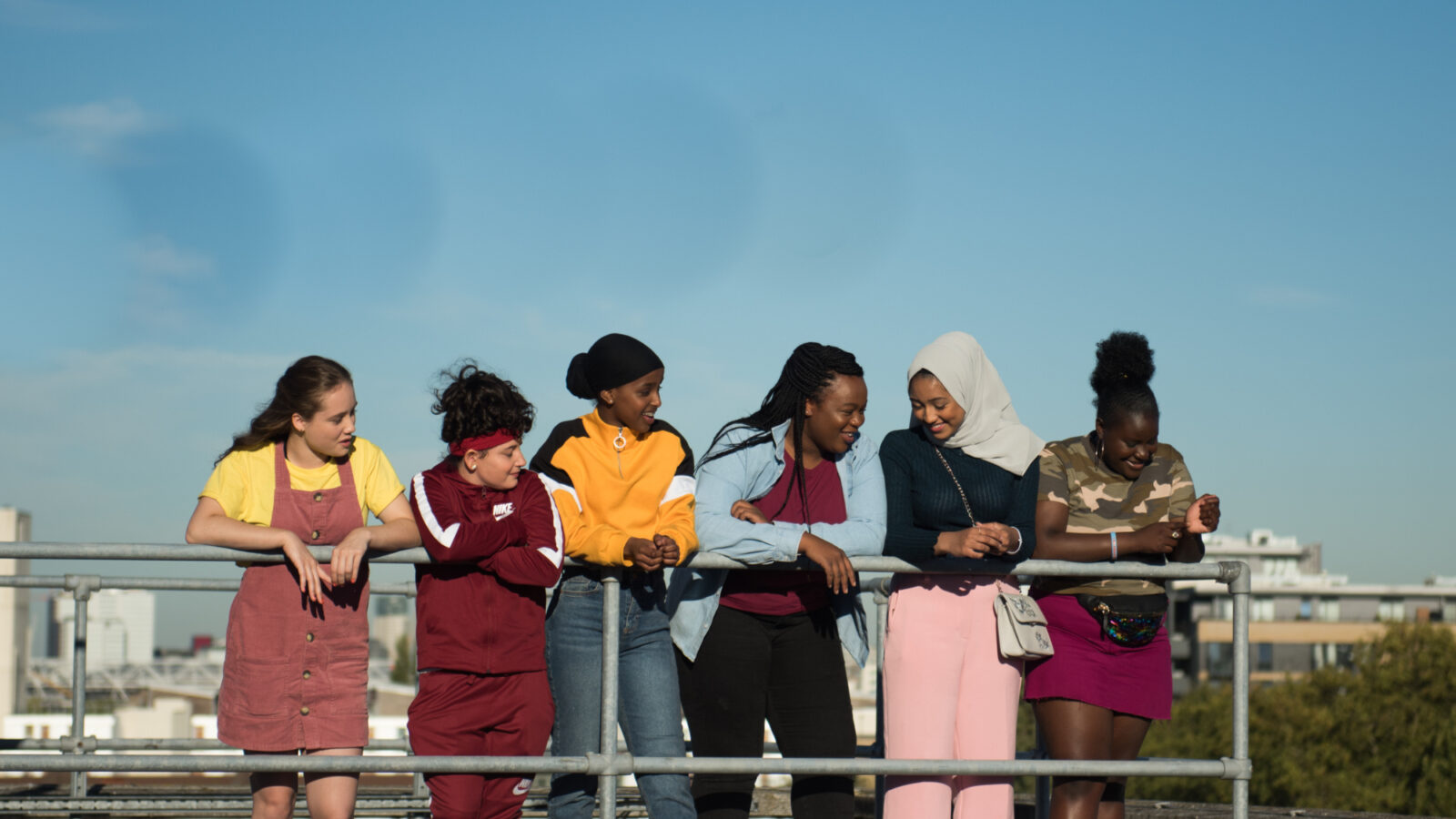 Rocks is an energetic, loud and lively 15-year-old girl living in East London with her mother and little brother Emmanuel. She is a natural leader among her friends, and on her spare time she works tirelessly towards a breakthrough as a makeup artist on Instagram.

When Rocks arrives home from school one day, she finds nothing but a note left from her mother, saying she needed a break and has left home for a while. Rocks and her little brother don't know when or if she'll be back, and despite her many adult traits, Rocks is not ready to become a single provider. Will the two of them be able to fend for themselves, and how should they avoid being taken into care by child welfare services? With the help of her friends, Rocks sets out to find a solution.

Rocks is a heart-breaking, witty, and strong coming-of-age story about growing up under harsh conditions in today's London, and about the importance of family and friends. Director Sarah Gavron developed the film in close collaboration with the young amateur cast, which landed the film a BAFTA award for best casting, as well as best independent film, best casting and three actor’s awards at the British Independent Film Awards.

Sarah Gavron (b. 1970) is a British film director. Apart from the feature films Brick Lane (2007) and Suffragette (2015), she has directed several short films, TV series, and the feature-length documentary Village at the End of the World (2013). Her most recent film Rocks premiered at the Toronto International Film Festival in 2020.