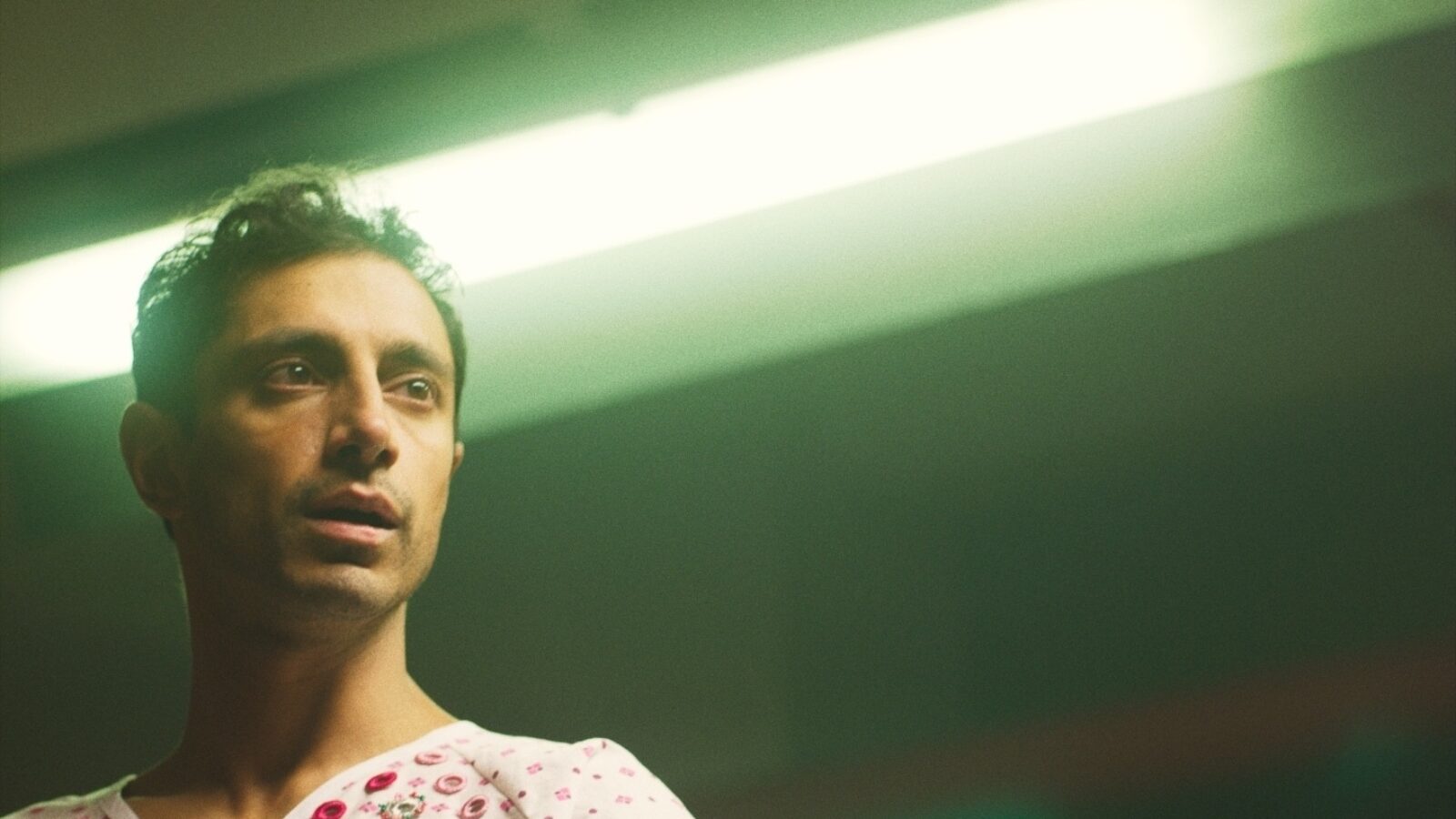 British-Pakistani rapper Zed is about to be brought on tour with a bigger artist, and is on the cusp of his long-awaited international breakthrough. But right before the tour, he receives a devastating diagnosis: He has an autoimmune muscle disease that threatens to turn his life upside down and ruin his dreams of stardom. Instead of travelling from stage to stage, he is transported between a hospital bed and his family’s home in London, and is forced to confront his self-image, ambitions, family and cultural heritage.

Riz Ahmed, who was Oscar nominated this year for his leading role in another music-oriented film, Sound of Metal, brings an explosive energy to his performance as Zed. Alongside his acting, Ahmed has cultivated a parallell career as a rapper, which he gets to thoroughly demonstrate in Mogul Mowgli, and his intense delivery and cutting political lyrics are mirrored in Bassam Tariq’s direction. Mogul Mowgli presents a raw and captivating portrait of a man’s struggle with his physical deterioration, while simultaneously overflowing with playful and innovative ideas, striking use of symbolism and an arsenal of modern and traditional modes of expression, blended together for an electrifying result.

Bassam Tariq (b. 1986) is an American filmmaker born in Karachi, Pakistan. He has directed and produced several short films and documentaries. Mogul Mowgli is his feature film debut, and had its world premiere at the Berlinale in 2020.