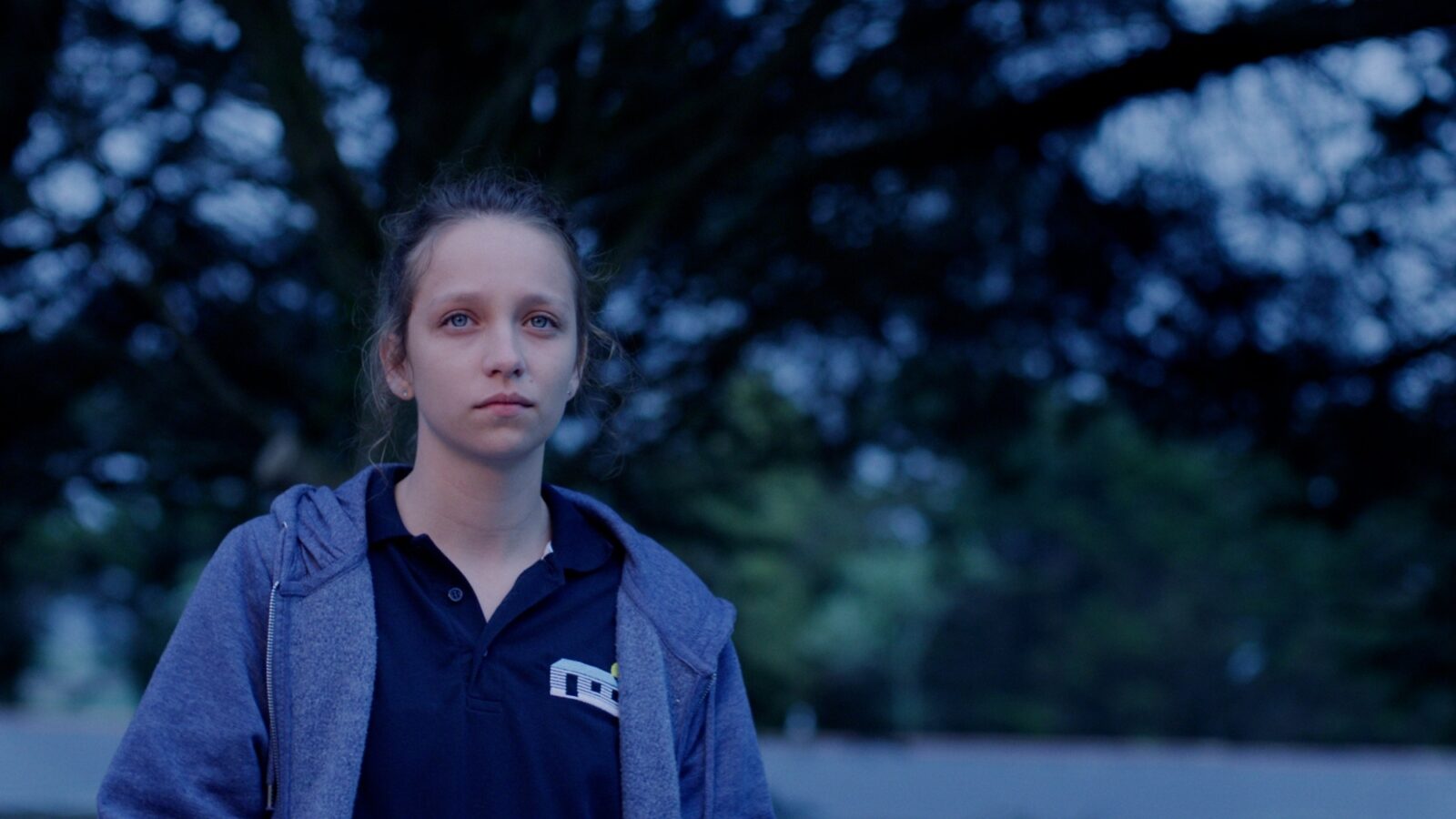 In the borderland between Andrea Arnold's coming-of-age gem Fish Tank, Ken Loach's modern "kitchen sink realism" and Nicolas Roeg's Don't Look Now, we find Claire Oakley's feature film debut Make Up. The film manages to be both gripping, beautiful and scary at the same time. Molly Windsor (The Unloved) is the 18-year-old Lucy who has travelled to a winter-closed holiday park in Cornwall at the southern tip of England, to visit her boyfriend Tom (Joseph Quinn), who works here. Eventually, she begins to worry that Tom is having an affair, and she immediately starts looking for clues among the mysterious clientele that lives around the mostly uninhabited summer cabins. In a series of disturbing scenes that visually draw the mind to David Lynch’s Mulholland Drive, she glimpses a female figure in places where it should actually be deserted. The distinction between dream and reality blurs as Lucy gradually loses herself. In the background, the vast gray-blue sea is constantly lurking, as a frightening but alluring source of purification.

Claire Oakley (b. 1985) is a British director and writer who made her feature film debut with Make Up. She has made several short films with the same thematic. Oakley is also one of the founders of Cinesisters, a mentor group for female directors.