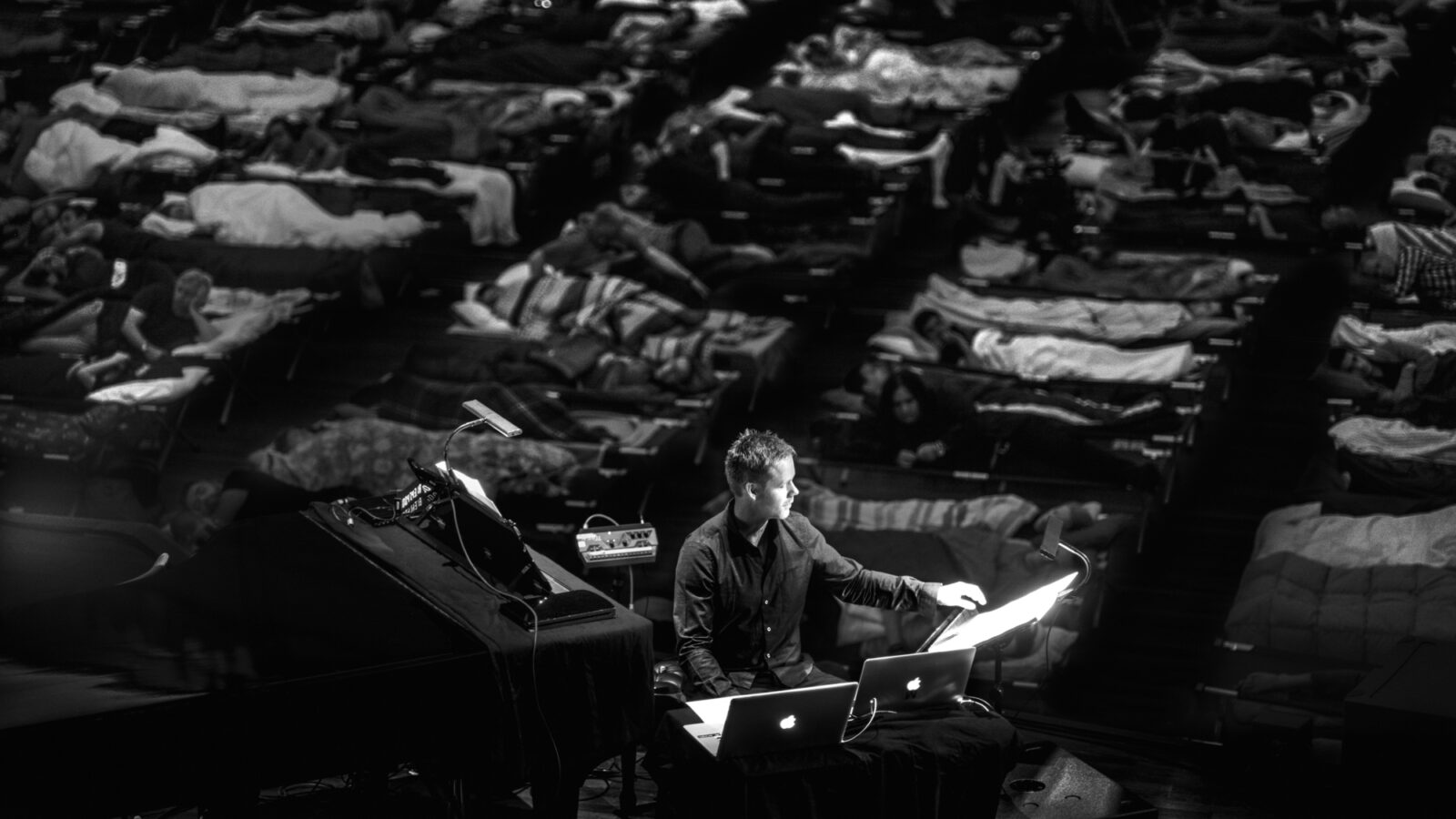 It is said that we spend about one third of our lives sleeping. When the British composer Max Richter in 2015 released the eight-and-a-half-hour album Sleep, it was based around the neuroscience of sleep. The documentary Max Richter's Sleep follows an even more challenging project: the live performance of Sleep in Grand Park in Los Angeles. In front of 500 spectators – each with its own bed – Richter and his ensemble perform the entire album. This is the concert movie you didn’t know you needed.

Max Richter's Sleep is an enchanting documentary, calm and captivating at the same time. The interviews with Max and his wife Yulia Mahr offer fascinating insight into how this unique project came to be. This film’s magic, however, is seen in the sequences where the music takes control, and the camera simply captures moments: someone in the audience yawning, couples whispering good night to each other, birds flickering in the gray light, a passing garbage truck. The triumph of the b-roll.

Natalie Johns was born in Zimbabwe but grew up in South Africa. The Emmy-nominated director thrives at the intersection of music and film and has for filmed music videos and live performances for many years. Childish Gambino, Solange, John Legend and Annie Lennox are some of the names she has collaborated with.