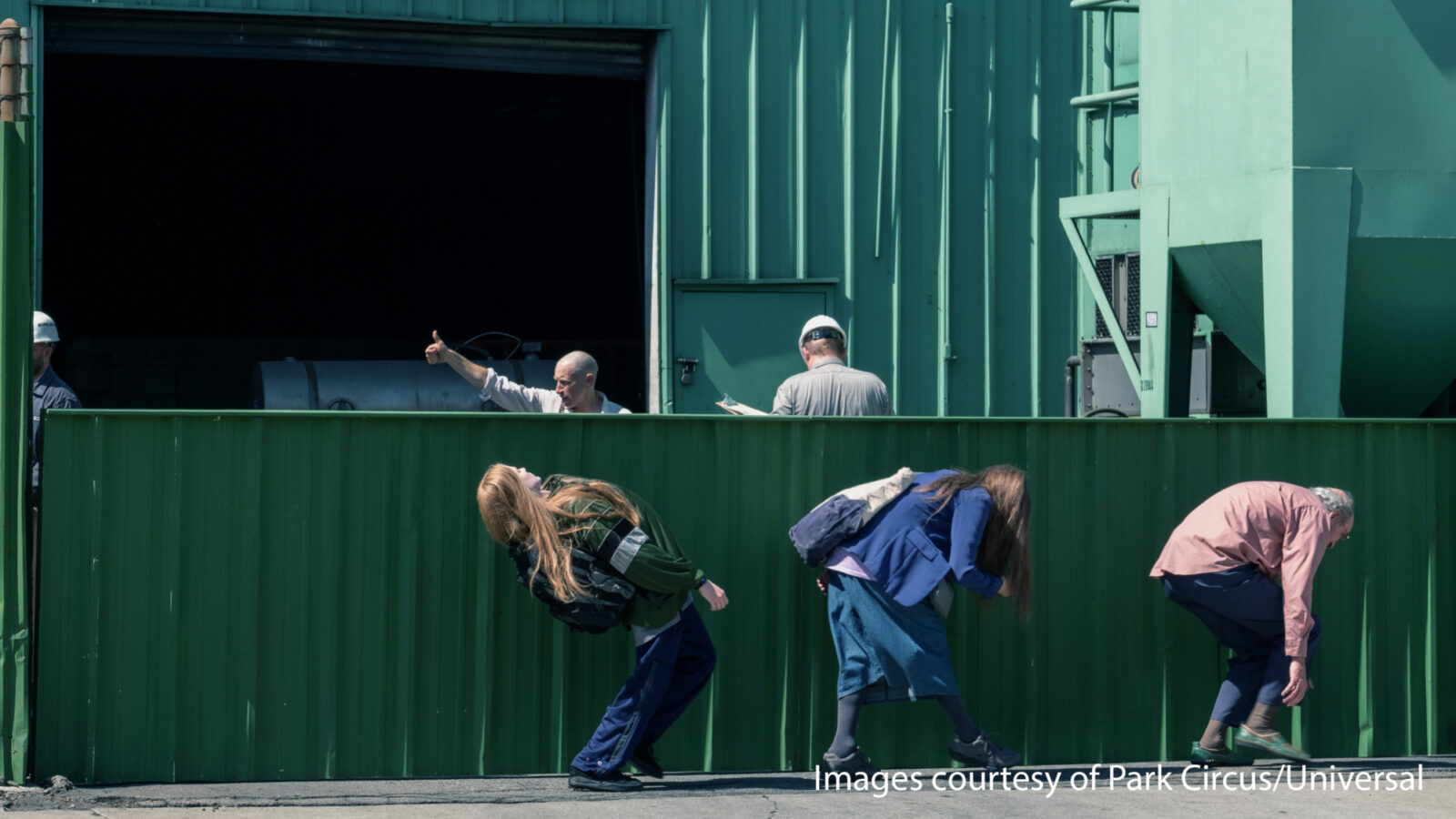 The latest film by writer, artist and indie film director Miranda July is a touching and original comedy set in Los Angeles. Theresa (Debra Winger) and Robert (Richard Jenkins) have spent 26 years training their only daughter, Old Dolio (Evan Rachel Wood), to swindle, scam and steal at every opportunity. The trio appear more like a slightly unsuccessful squad than a family, and their small-scale scams are characterized by a carefully rehearsed team play where the moderate win is shared equally between them. During a slightly hasty "operation" they meet the refreshingly normal opticians assistant Melanie (Gina Rodriguez), who is fascinated by the vigorous thugs. With Melanie onboard, the Duvet family's closed-off world is turned upside down.

As in July's previous films Me and You and Everyone We Know and The Future, there are some truly bizarre but lovable characters we are presented with in Kajillionaire. The sceneries are also characterized by July's unmistakable quirkiness – bubblegum-pink foam is quite literally seeping out of the walls. At the same time, the narrative also contains darker undertones gradually revealed as Melanie introduces Old Dolio to an unknown world of intimacy, feelings — and independence?

Miranda July (b. 1974) is an American filmmaker, actress, writer, and visual artist. She has previously directed the feature films The Future (2011) and Me and You and Everyone We Know (2005), which won the Camera d’Or at the Cannes Film Festival and a Special Jury Prize at the Sundance Film Festival. Her books include No One Belongs Here More Than You (2007) and The First Bad Man (2015).