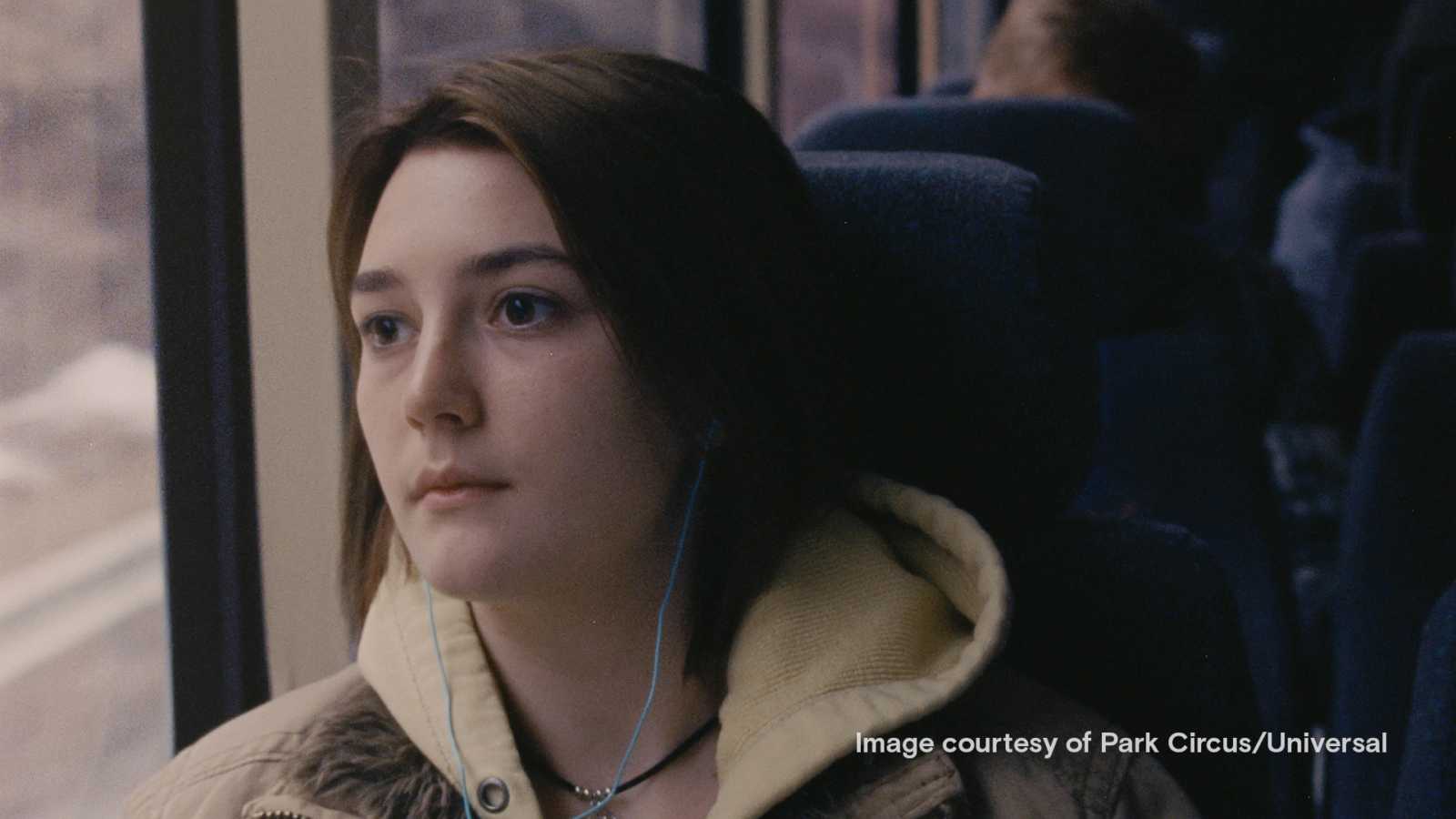 A commentary on growing up as a teenage girl in America, and the difficulties many girls must endure facing both the patchwork of age-related abortion laws in the US.

The 17-year-old Autumn grows up in a blue collar neighbourhood of a small town in Pennsylvania, where she lives together with her mom and her boor stepdad. Faced with an unexpected pregnancy Autumn realizes she cannot go through with an abortion without her parental consent. In desperation she and her cousin Skylar steal money from the register at the supermarket where they both work, pack a backpack, and board a bus to New York, where the issue can be dealt with without the parents knowing. With nothing but a clinic address in hand, the two girls bravely face the unfamiliar city and the emotional turmoil that accompany their journey.

American indie director Eliza Hittman is not known for making feelgood films, and her most recent picture is a commentary on growing up as a teenage girl in America, and the difficulties many girls must endure facing both the patchwork of age-related abortion laws in the US, as well as anti-abortion activists rallying outside clinics. Never Rarely Sometimes Always received wide critical acclaim after its international premiere at the Sundance Festival last year, where it bagged the Special Jury Award.

The screening is a collaboration with Sex og politikk and is introduced by doctor Berit Austveg.

Eliza Hittman (f.1979) is an award winning American filmmaker born and raised in New York. She is known for making realist dramas dealing with the transition from childhood into adult life. Her two previous films, It Felt Like Love (2013) and Beach Rats (2017), earned her solid critical acclaim. Never Rarely Sometimes Always won both the Special Jury Award at last year’s Sundance Festival and the Silver Bear for best film at the Berlinale.