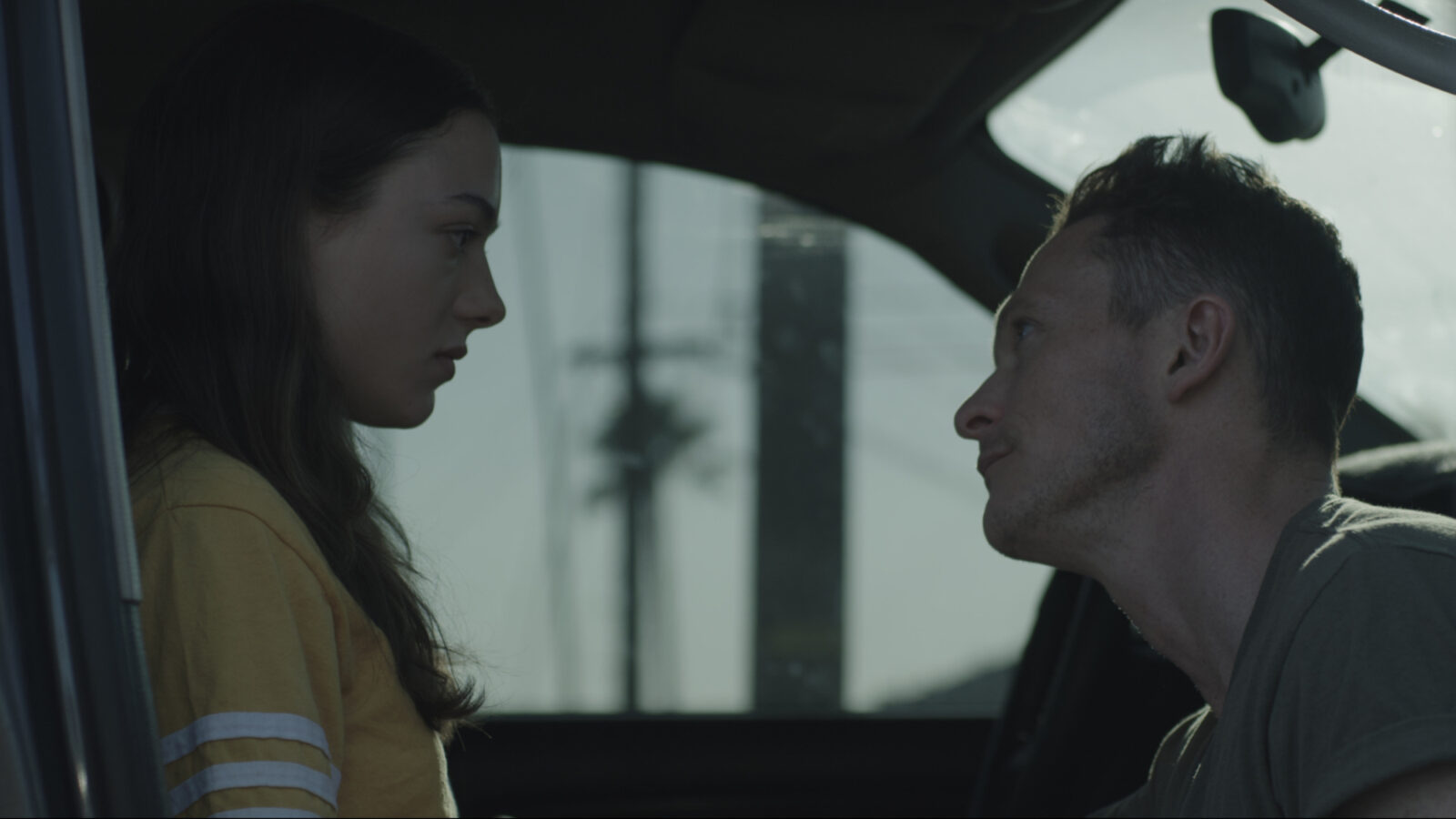 A study in vulnerability and manipulation, and a disturbing depiction of what happens when one person takes advantage of another.

Jamie Dack’s Palm Trees and Power Lines is an expansion of her short film by the same name and is a disturbing depiction of what happens when one person takes advantage of another. Dack, who premiered the film in Sundance this year, won the award – and deservedly so – for best director.

The film introduces us to 17-year-old Lea who starts a relationship with charismatic, and twice her age, Tom. This setup is not unlike the one in Sean Baker’s Red Rocket which played in cinemas earlier this year. Lea sees Tom as the solution to the boredom of everyday life but is unable to see the frightening grasp Tom has on her before it is too late.

Dack takes her time, something she needs to do in order to tell the story as well as she does and creates room for the main actors to truly inhabit the characters on screen. Palm Trees and Power Lines is a study in vulnerability and manipulation that creates an understanding of how things evolve in the way that it does. This makes for not only an incredibly good film, but also a very important one.

Jamie Dack is a film director based in Brooklyn, New York. The short film Palm Trees and Power Lines premiered at the film festival in Cannes in 2018. Her short documentary Penny & Dee has been shown at several film festivals. The feature film version of Palm Trees and Power Lines premiered at Sundance Film Festival this year where Dack won the award for Best Director in the U.S. Dramatic Competition.