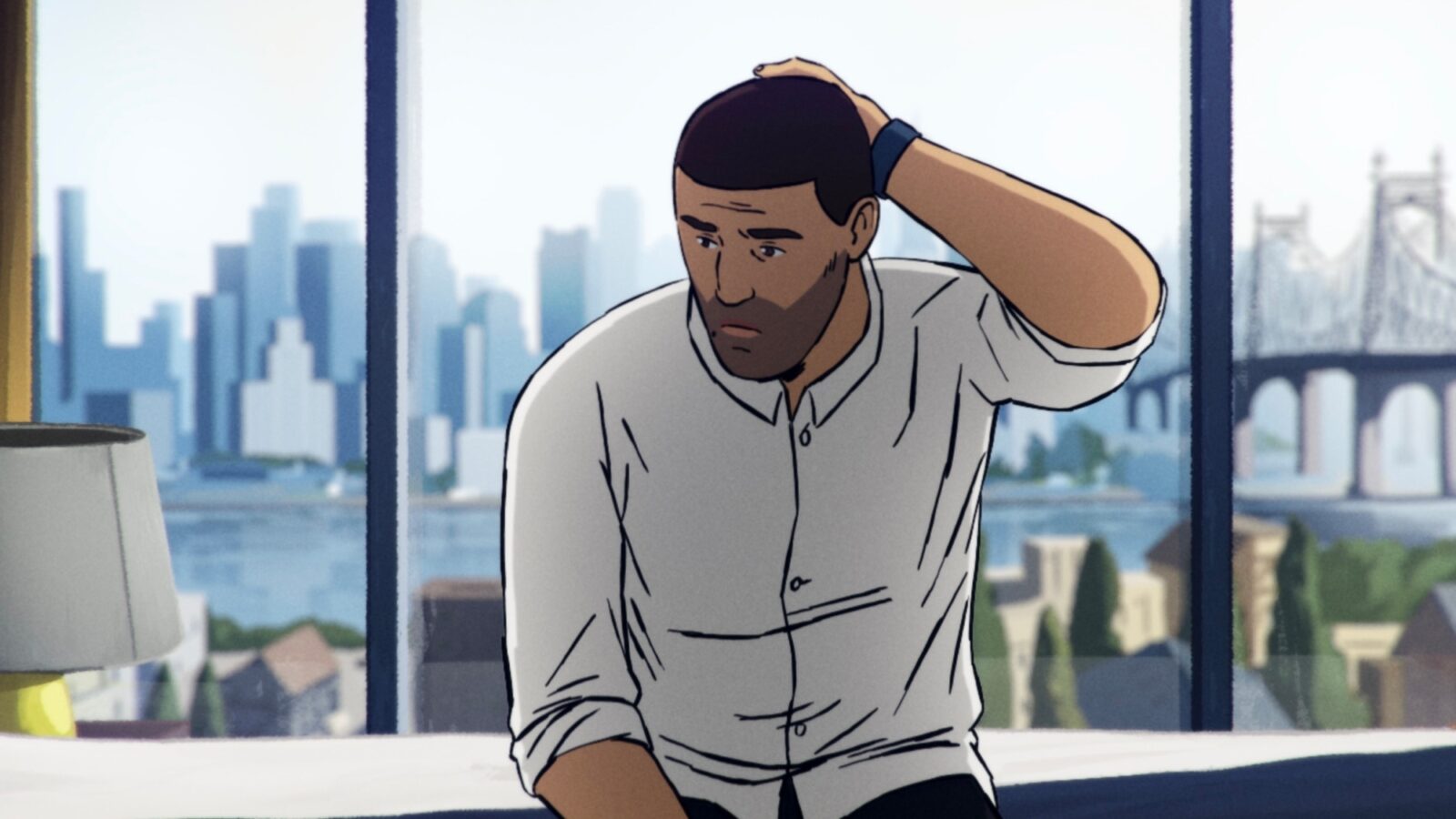 Over twenty years ago, Amin fled Afghanistan and arrived in Denmark as an unaccompanied minor. Now a 36-year-old academic on the verge of settling down with his fiancé, Kasper, Amin feels compelled to confront the secrets in his past, by telling his life story to his long-time friend, filmmaker Jonas Poher Rasmussen. Tender, heartfelt and visceral, Flee sketches Amin’s suspenseful journey from child on the streets of Kabul to his adult life in Denmark. The film is full of extraordinary experiences and difficult revelations about the cruelty refugees face and the sacrifices they make in the name of family.

One of the most striking things about Flee is the innovative way it presents its narrative. Animation, archival footage and re-enacted conversations weave with Amin’s own words into a delicately spun tapestry of his life story. Flee’s use of animation frees the film from the usual constraints of documentary filmmaking, while never overshadowing the story.

That Amin is telling this story himself gives a unique understanding, not just of external experiences, but also of how Amin’s constant anxieties around rejection as a refugee is compounded by his budding sexuality, and the way his past still clings to him, affecting his place in life today.

Jonas Poher Rasmussen (b. 1981) is a Danish filmmaker who debuted with Noget om Halfdan, a documentary about his grandfather, the writer Halfdan Rasmussen, in 2006. His career is marked by innovation within the documentary genre – from how he blends fact and fiction in his 2012 film Searching for Bill to his use of animation to bring words to life in his fourth feature-length documentary, Flee. The film premiered at the Sundance Film Festival in 2021 and won the festival’s Grand Jury Prize in the World Cinema Documentary category.