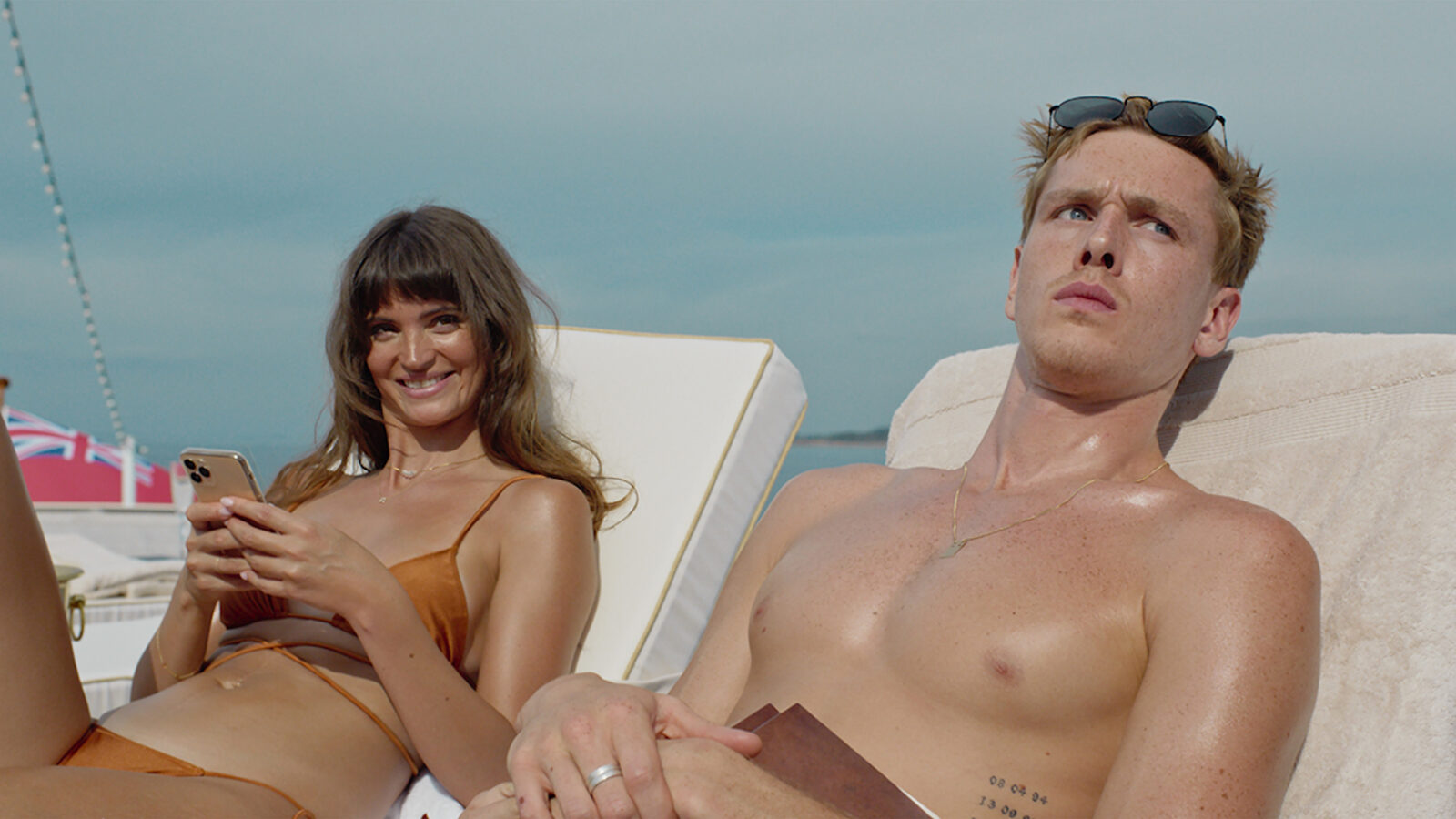 The winner of this year’s Golden Palm is the closing night film at Oslo Pix.

«Triangle of sadness» describes the wrinkles that form between the eyebrows when you are worried, something that is mentioned in the beginning of the film with the same name. We find ourselves in a casting room where models of otherworldly beauty fight over a modelling job. With this Swedish director Ruben Östlund establishes the tone of his new film. Here, as in his previous films, the main focus is on class and gender.

Modelling couple Carl (Harris Dickinson) and Yaya (Charlbi Dean) have booked tickets to an extravagant cruise filled with wealthy people from across the world. The class divide between passengers and crew is enormous, but as we may expect from a film by Östlund tension builds forcing everyone out of their comfort zone.

Triangle of Sadness is Östlunds first English language film and has Woody Harrelson in a central role as the communist captain of the luxury yacht. This will without a doubt introduce Östlund to a wider audience who hopefully are inspired to dive deeper into his filmography. Harrelsen makes for a wonderful character, but it is also worth highlighting Vicki Berlin and Dolly de Leon in fantastic interpretations of respectively the steward Paula and the cleaning crew member Abigail.

This year’s winner of the Golden Palm in Cannes is an uncomfortable look in the mirror, and undoubtedly a must-see at Oslo Pix.

Ruben Östlund (b. 1974) is a Swedish director and screenwriter. He has also worked as a photographer and editor on many of his own films. Östlund is one of Sweden’s most accomplished living directors and has made films such as Gitarmongot (2004), Involuntary (2008), Play (2011), Tourist (2014), The Square (2017) and Triangle of Sadness (2022). He has won the Golden Palm twice, for The Square and Triangle of Sadness.