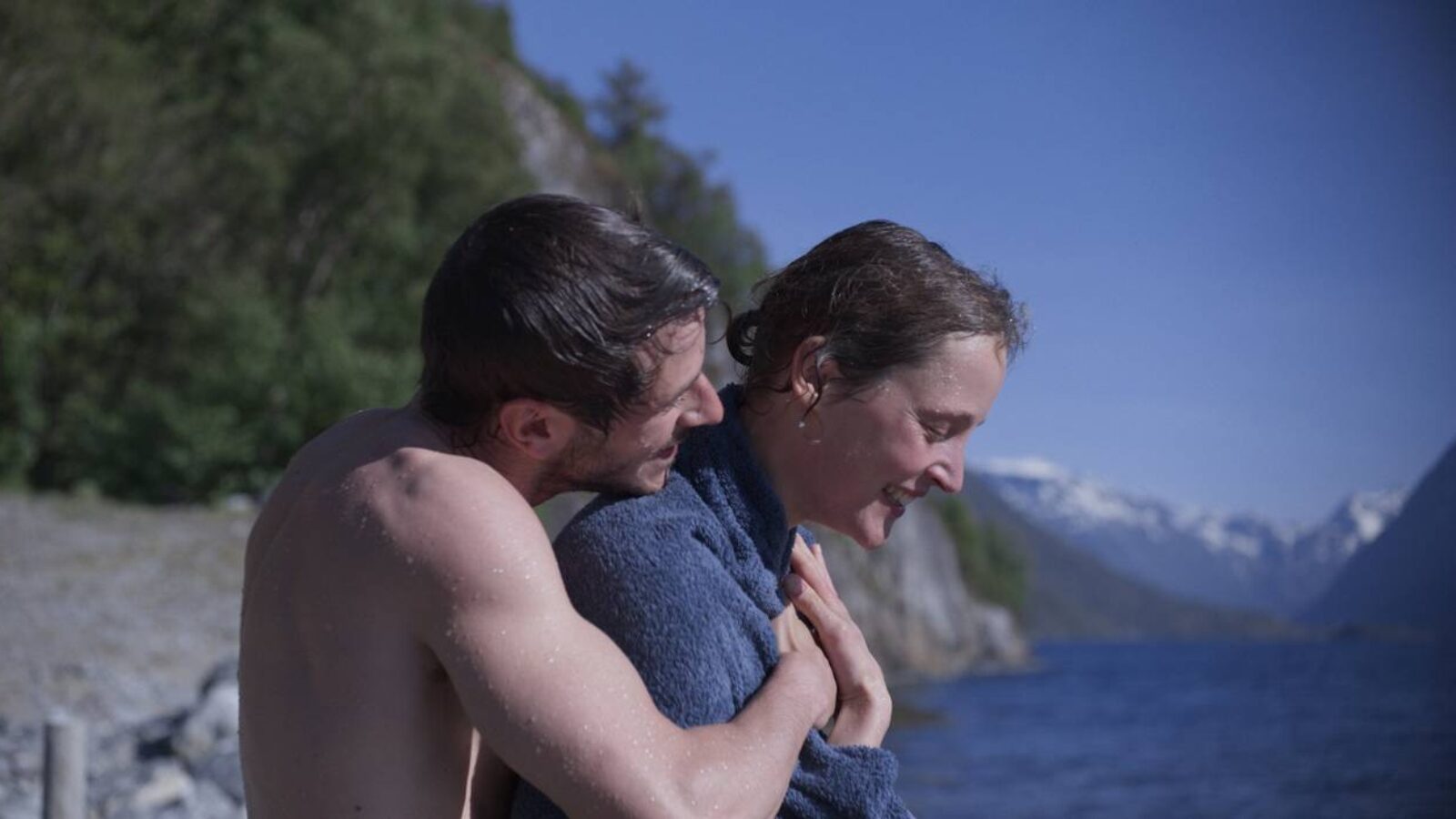 Terminally ill Hélène travels from France to Norway in this beautiful, low-key drama.

Hélène lives in France with her boyfriend Matthieu and is terminally ill with a lung disease. A transplant is possible, but the chances of survival are not high, and Hélène is not sure if this is something she wants to do. Her uncertainty leads to many discussions with Matthieu leading her on a trip alone to Norway to take some time to think. She moves into the boat house of Bent, played by Bjørn Floberg, who is suffering from the same disease.

Emily Atef’s fifth feature film More Than Ever, premiered in the Un Certain Regard section at the film festival in Cannes this year, is low-key and beautifully filmed by cinematographer Yves Cape. There is no doubt an international audience will be drawn to the gorgeous Norwegian nature seen in the second half of the film. The incredible nature around Hjørundfjorden surrounded by Sunnmørsalpene becomes a backdrop for deep conversations between Hélène and Bent about death and the meaning of life.

Vicky Krieps, last seen in Norwegian cinemas in Mia Hansen-Løve’s Bergman Island, manages to convey Hélène’s doubt in a very human way. Mattheu’s desperation for saving his loved one is well portrayed by Gaspard Ulliel, who himself tragically passed away earlier this year. Bjørn Floberg underlines yet again that he is one of the best actors in Norway.

Emily Atef (b. 1973) is a French Iranian director, screenwriter and producer living in Berlin. She has made several films, including 3 Tage in Quiberon (2018), Das Fremde in mir (2008) and Molly's Way (2005). More Than Ever (2022) is her fifth feature film and was shown in the Un Certain Regard section at the film festival in Cannes earlier this year.