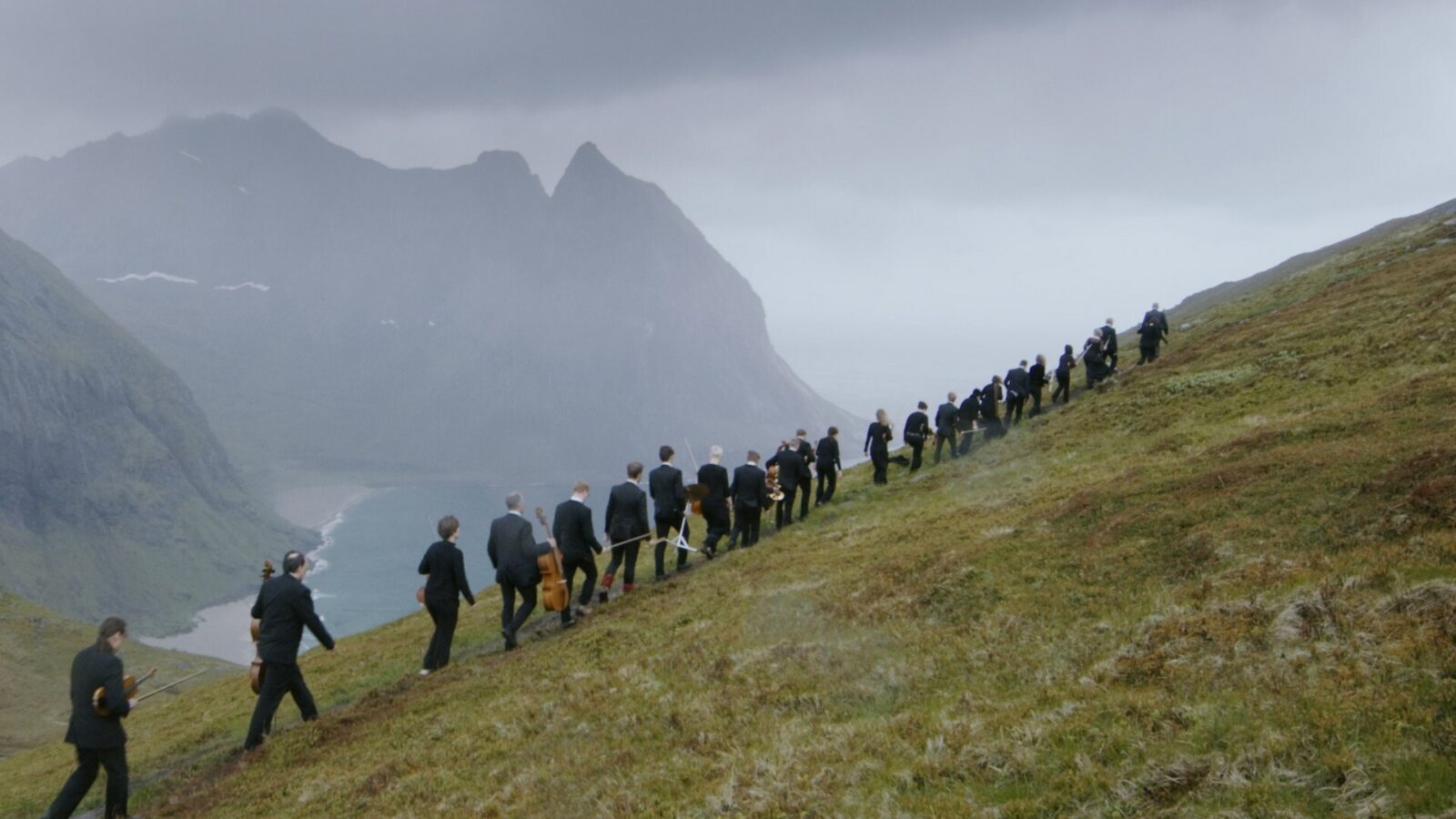 Descent Into the Maelstrom

Get a slice of Lofoten in the middle of Grünerløkka at an open air screening of Descent Into the Maelstrom!

In 1841 Edgar Allan Poe wrote the novella «A Descent into the Maelstrom». The novella tells the story of two seamen sailing a fishing boat into the powerful Moskenesstraumen in Lofoten. The two are trapped in the maelstrom, and only one of them survives. The novella inspired composer Philip Glass who in 1980 wrote a musical piece that premiered in Australia, but has never been available for a broad audience before it was recorded in 2018.

Jan Vardøen melts all of this together in his documentary when he brings the musicians from the Arctic Philharmonic to the top of the mountain Ryten, right by Kvalvika. Here they perform the piece with the beautiful natural phenomena that in its time inspired Poe. Magnificent music and the unique landscape makes the film an homage to the coast of Northern Norway, which is as dangerous as it is beautiful. Vardøens film is powerful and we’re thrilled to be able to serve a small slice of Lofoten at our open air cinema in the middle of Grünerløkka.

We are inviting you to free open air screenings at Schous plass from Tuesday, 30th of August to Friday, 2nd of september.

Jan Vardøen (b. 1962) is a film director, screenwriter and producer from Nesodden in Norway. He has directed short films, documentaries and fiction films, among other Høst: Autumn Fall (2015), Det norske hus (2017) and Oslo-København (2020).