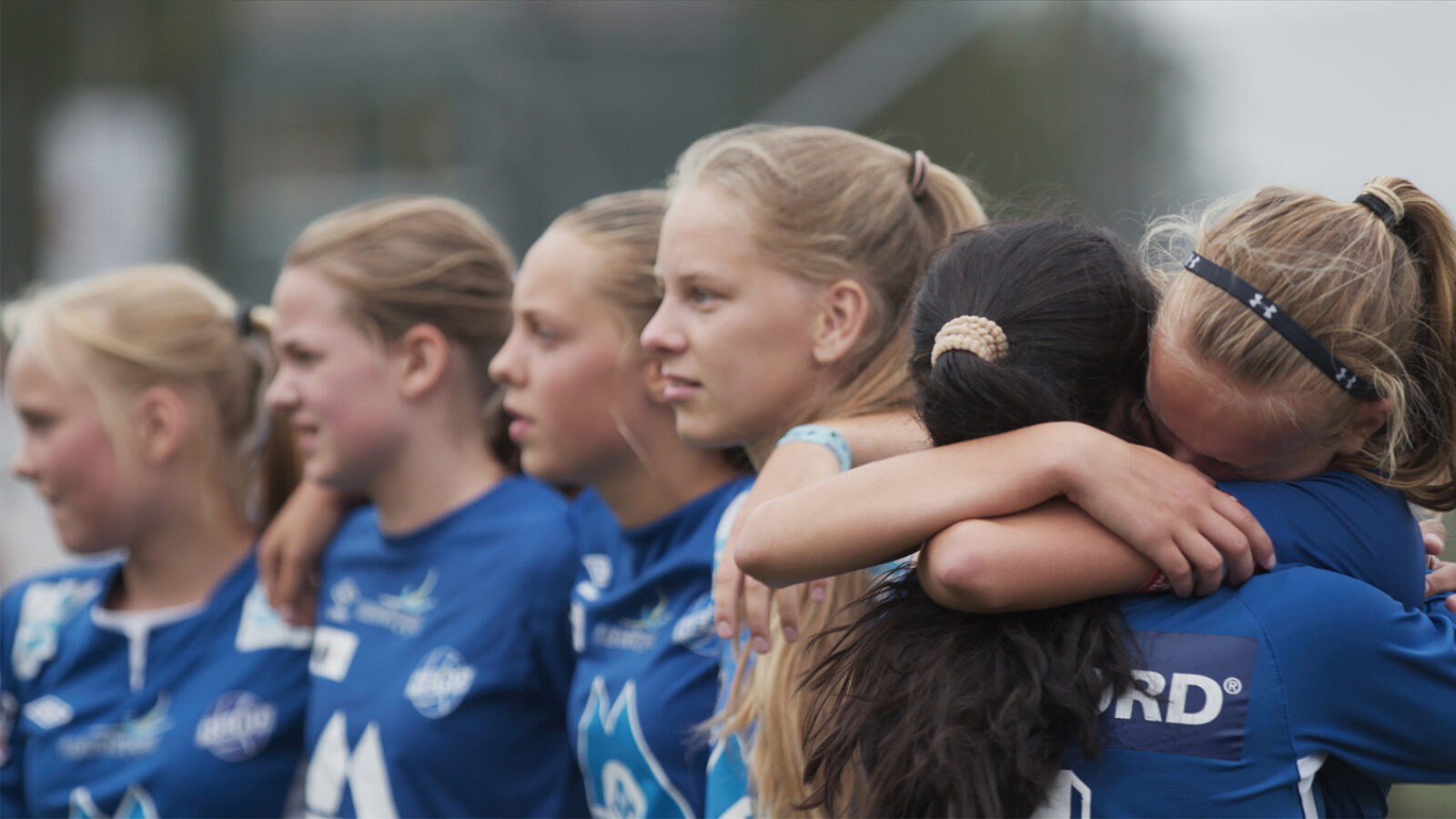 Kids Cup is perhaps the best remedy this year to the increasingly greedy and hyper commercial focus in international football, displayed on TV week after week. Norway Cup: The world's largest football tournament. The football pitches at Ekeberg have been an arena for enormous joys, great sorrows, love and friendship for a great number of children and youngsters since the beginning in 1972. Whether you come from rural Norway, China or Palestine, this week in August feels like the most important and defining in your life so far.

In Kids Cup, this is captured in an excellent way when we meet five players from five different countries, who all dream of becoming really good at football. Here is both the brave captain who carries the team on her shoulders, the boy with a father who lives out his lost dreams through him, the girl who, for a while, can forget the war in her home country, and the Brazilian with bleached hair who is a substitute in his team.

The ever-present camera is not only part of the many strong experiences on the football pitch, but shows the full football cup experience, with air mattresses in old classrooms, flirting on the grass fields and the youthful pleasures of defying the coach's demands to sneak out for a triple frappé at Starbucks.

Line Hatland has a degree in documentary film from the University College of Volda and Visual Anthropology from University of Manchester. She has made several documentaries that have been screened at film festivals all over Europe.