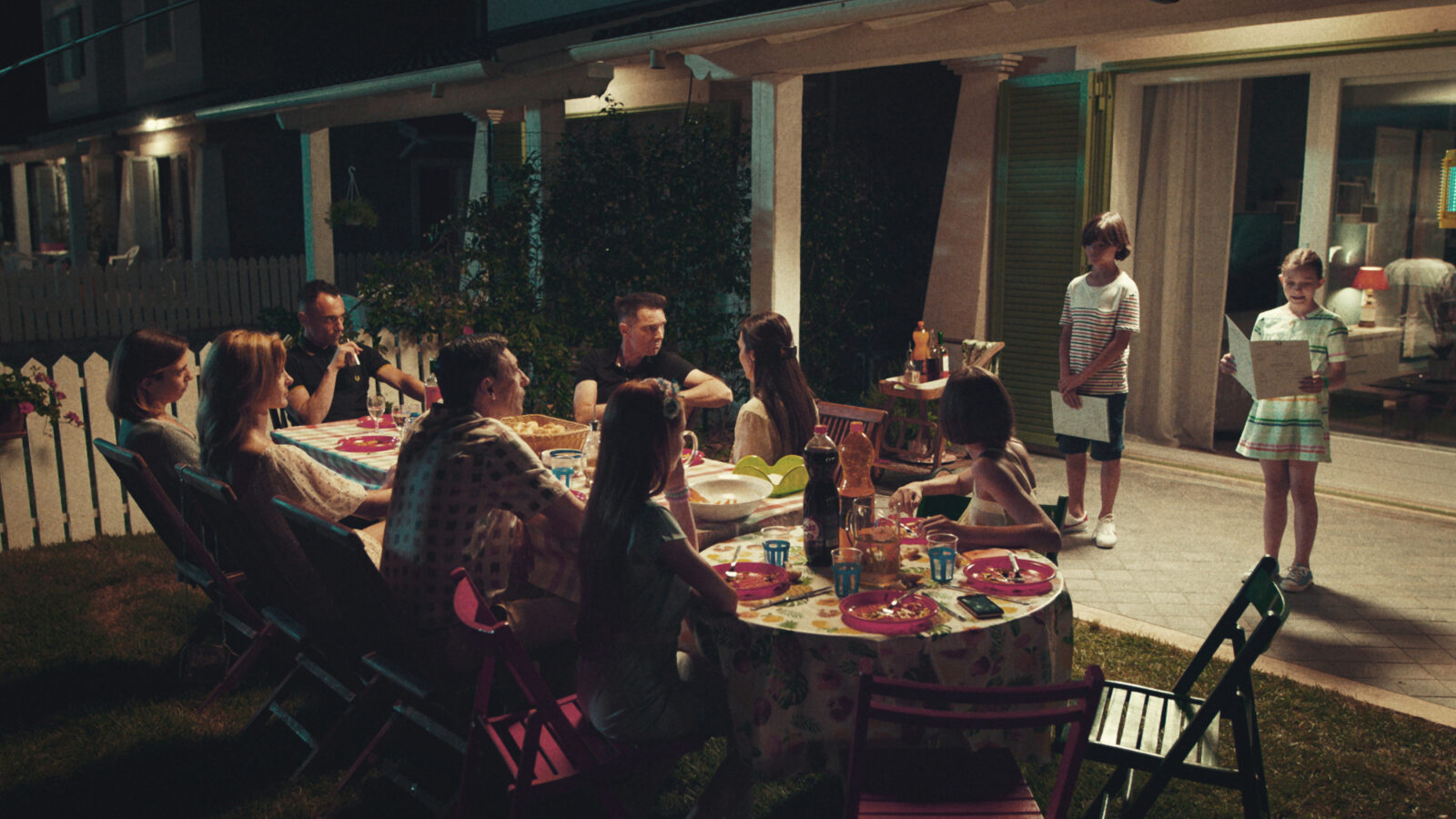 The middle class' eternal longing for economic and cultural identity markers and need to differentiate themselves from the working class is duly described on film, especially in the United States. In Bad Tales, on the other hand, the plot is added to a seemingly sleepy suburb of Rome, where the neighbors Bruno and Pietro compete to have the smartest children, the nicest car and the most vulgar comments about the local women. In their self-centered search for confirmation, the adults ignore that something is about to happen to their children.

Like David Lynch (Blue Velvet) and Sofia Coppola (The Virgin Suicides), the D’Innocenzo brothers describe a suburban community where everything seems to be in order on the surface, but where an underlying sense of horror spreads as the action progresses. With clear inspiration from compatriot Matteo Garrone's burlesque films, Bad Tales is a brilliant example of a frightening and comic fable about the less flattering sides of mankind.

Damiano and Fabiana D’Ionnocenzo (b. 1988) are Italian twin brothers who are writing and directing movies together. They are highly influenced by filmmaker Matteo Garrone, and in 2018 they collaborated for the script of Dogman. The brothers have already two more films in production, after they made Bad Tales in 2020.