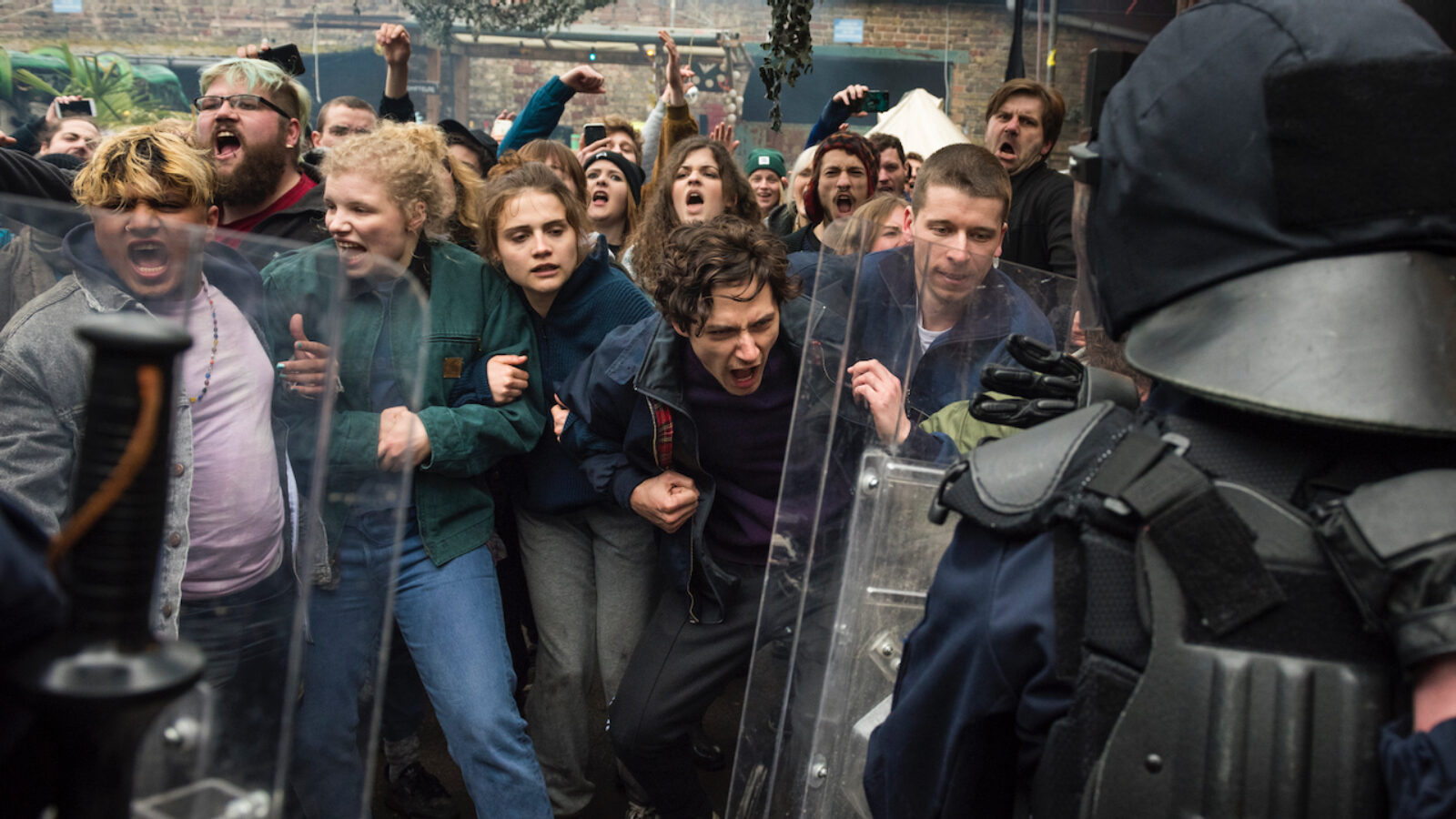 And Tomorrow the Entire World is at the same time a coming-of-age tale and a political thriller. The film follows Luisa, who is a law student in her first year in the German city Mannheim. Luisa comes from an aristocratic, conservative home and has grown up with hunting on private properties and right-wing political values. Through her best friend Batte, however, Luisa discovers that her own values ​​are far from those of her parents. Batte helps Luisa move into an anti-fascist collective in the city centre.

At the same time, neo-Nazis demonstrate openly in the streets, and it turns out that the antifa-collective is divided on the question of how to respond to the neo-Nazis. Batte argues for non-violent protest. But Luisa feels drawn to the charismatic Alfa, who wants to respond with strength. Should not violence be answered with violence? Or could it be that Luisa's fascination with Alfa makes her unable to think clearly about these questions?

And Tomorrow the Entire World feels like an acutely relevant film in an increasingly polarized political climate in Europe. At the same time, the film also draws on a long history of clashes between fascist and antifascist movements in Germany and Europe. And Tomorrow the Entire World has been nominated for a number of awards at international film festivals and is Germany's candidate for the Academy Award for best international film.

Julia von Heinz (b. 1976) is a German director educated at the Beuth Hochschule für Technik Berlin. In addition to making films, she teaches at the University of Film and Television in Munich. And Tomorrow the Entire World is Julia von Heinz's fifth feature film. In the 90s, she was active in the antifa movement, and parts of the film are based on her own experiences from this environment.