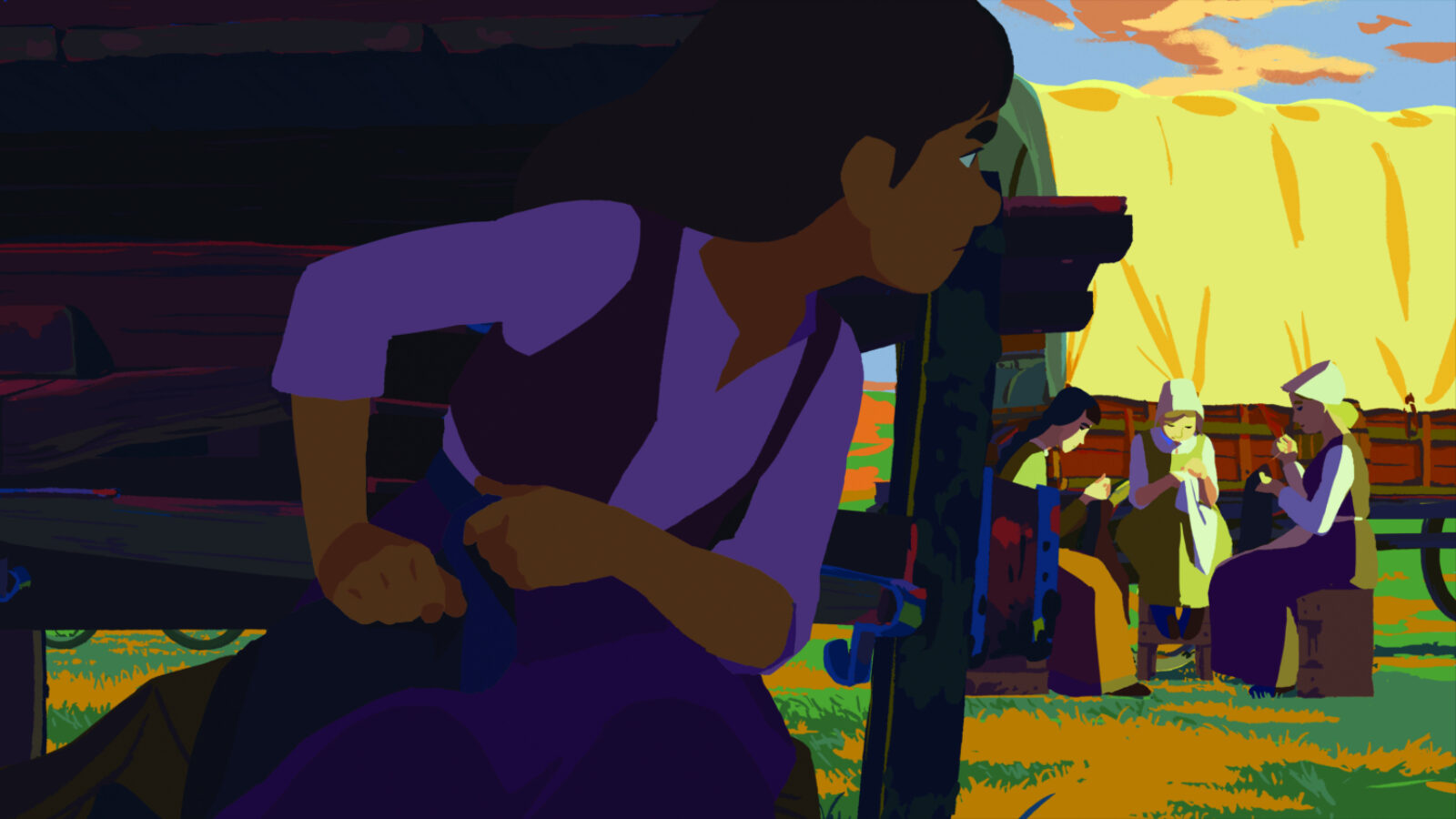 Martha travels west with her father and her two younger siblings in search of a better life. They are part of a larger caravan supposed to help each other out, but the trials and conflicts among the society are many. Martha's mother has died along the way, and when her father is injured in an accident, Martha needs to step up. Although she is badly needed, the rest of the party dislikes that she wants to learn "men's tasks", dresses in trousers and cuts off her hair.

One day, the soldier Samson shows up and travels some distance with the caravan entourage, before he suddenly disappears with valuable items stolen from them. Martha is accused of helping Samson, and escapes on her father's horse to find him and retrieve the stolen goods. She embarks on a long and rough journey, where she encounters both fur hunters and gold diggers as well as wild animals and hazardous nature.

Calamity… is an epic and colourful coming-of-age story from 19th Century America, loosely inspired by the legendary life of Calamity Jane (1852–1901) who lived as a frontierswoman and sharpshooter in the Wild West.