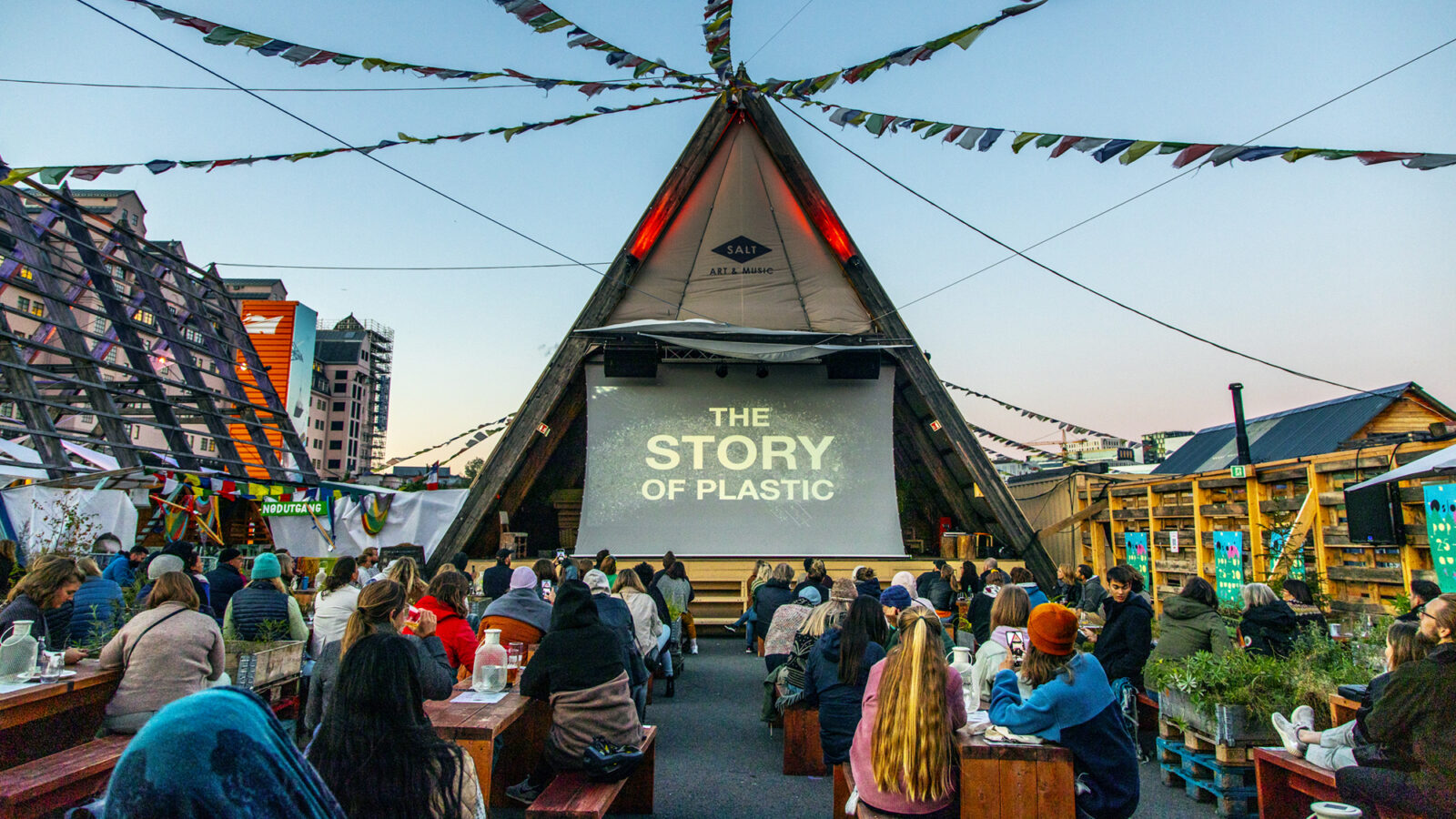 This was Oslo Pix Pop-up

Sold-out screenings, pre-premieres, heated discussions and a contribution made to fight plastic!

It has been a great pleasure to present some of the highlights from the Oslo Pix 2020 programme through the mini-festival Oslo Pix Pop-up. A selection of ten films was screened between Augus 25 and 30, at three different venues: SALT, Vika kino and Vega Scene. This was the second Pop-up, after a successfull first round of screenings in June.

The festival opened with a spectacular outdoor screening evisof the documentary The Story of Plastic bu the Oslo waterfront at SALT. The event was a collaboration between Oslo Pix, WWF - World Wildlife Fund and the Norwegian Society for the Conservation of Nature, and all proceeds went directly to this years "TV-aksjonen" campaign, aiming at the fight against marine plastic waste.

With the maximum capacity of 20 tickets sold, we collected NOK 20.000 for the cause!

Audience at the outdoor screening of The Story of Plastic at SALT.

Mayor of Oslo Marianne Borgen attended the screening at SALT.

Most screenings sold out, and the documentary screenings of 17 Blocks and Fat Front followed by panel discussions at Vega Scene was a main draw.

Panel after the screening of Fat Front at Vega Scene.

Panel after the screening of 17 Blocks at Vega Scene.

Pre-premieres and an anniversary screening

Did you miss out on these screenings? Wildland will premiere in Norwegian cinemas on September 11, while Shirley will premiere on October 9. Atlantis is scheduled for cinema release later in 2020.

This year marked the 25th anniversary of a dubious classic, namely Paul Verhoevens Showgirls. Curator at the Oslo Cinemateque Hege Jaer’s introduction of tthis much-contested film was both illuminating and entertaining.

We would like to thank our partners and our audiences for making Oslo Pix Pop-up a success. Stay tuned for more!