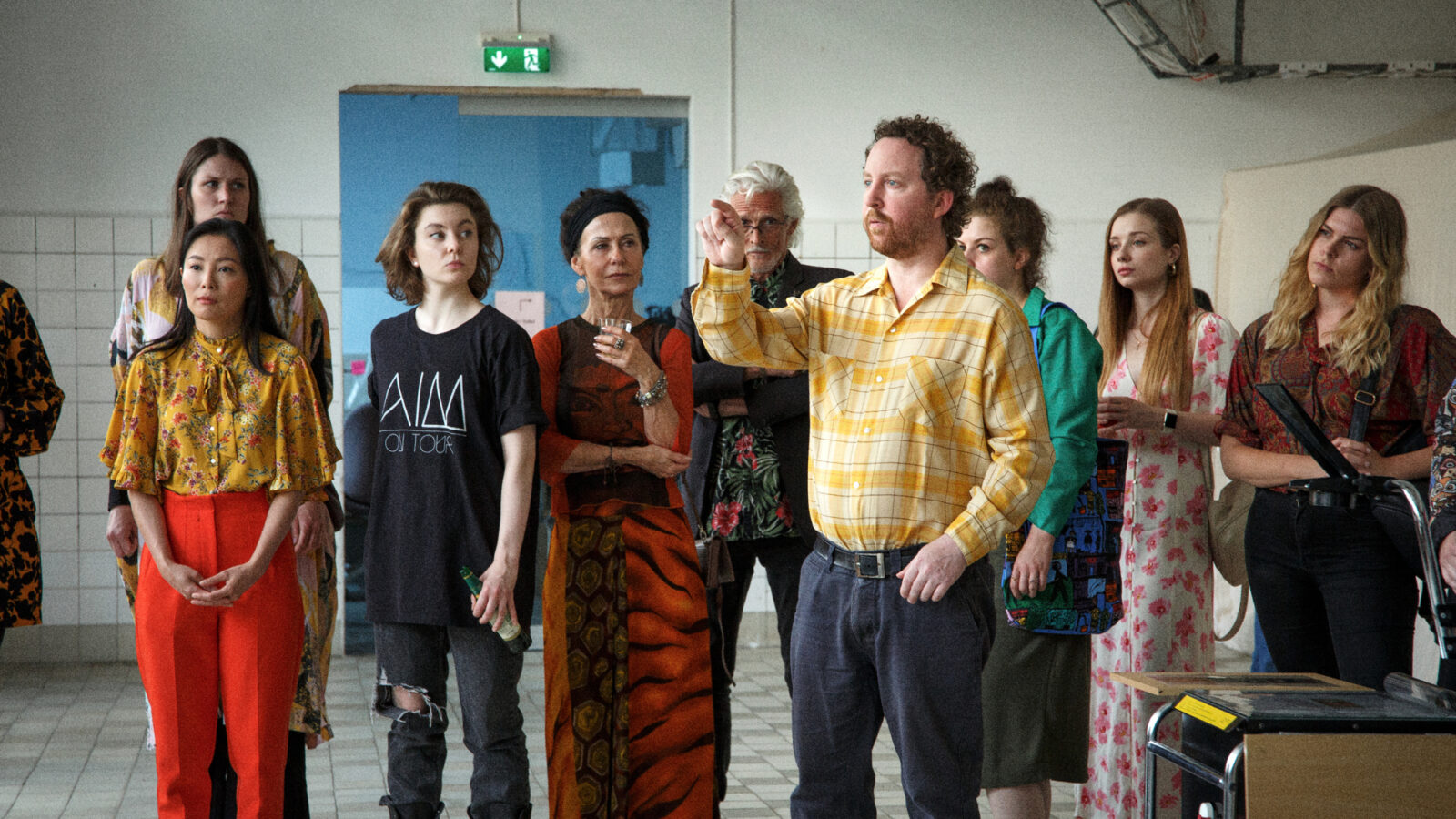 Uje Brandelius is the lead singer of the Swedish, leftist pop-punk band Doktor Kosmos, who has perpetually balanced between underground phenomenon and breakthrough since the early nineties. He works as a radio host and lives with his family in a suburb outside of Stockholm. The familiar everyday life in the Swedish social democracy is all about synchronising calendars to create a perfect, friction-free balance of spaghetti with meat sauce, homework, following kids to after-school activities and the occasional band practice. However, something is not quite as it should be in Uje's carefully rehearsed routine life – his mood swings are growing increasingly larger, the keys on the piano play the wrong chords, and his daughter's shoes are suddenly impossible to tie.

Run Uje Run is an autobiographical story written by Uje Brandelius, in which he and his family play themselves. The film, directed by Henrik Schyffert from the Swedish comedy group Killinggänget, is based on an album release and a celebrated stage performance, and Brandelius's corny and catchy pop songs make up both the film’s soundtrack and a large part of the storytelling. This is a tender, warm and enjoyable depiction of how life, despite meticulous planning, can end up taking abrupt turns that are beyond our control, and a reminder to hold on to the small, but important moments of everyday life.

Henrik Schyffert (b. 1968) is a Swedish television and radio host, comedian, musician and screenwriter. In 1991 he formed the comedy group Killinggänget together with Robert Gustavsson and director Tomas Alfredsson, best known for the feature film Four Shades of Brown (2004). Schyffert made his directorial debut in 2020 with Run Uje Run, which won the Audience Award at the Gothenburg Film Festival last year, where it was met with standing ovations from the audience.