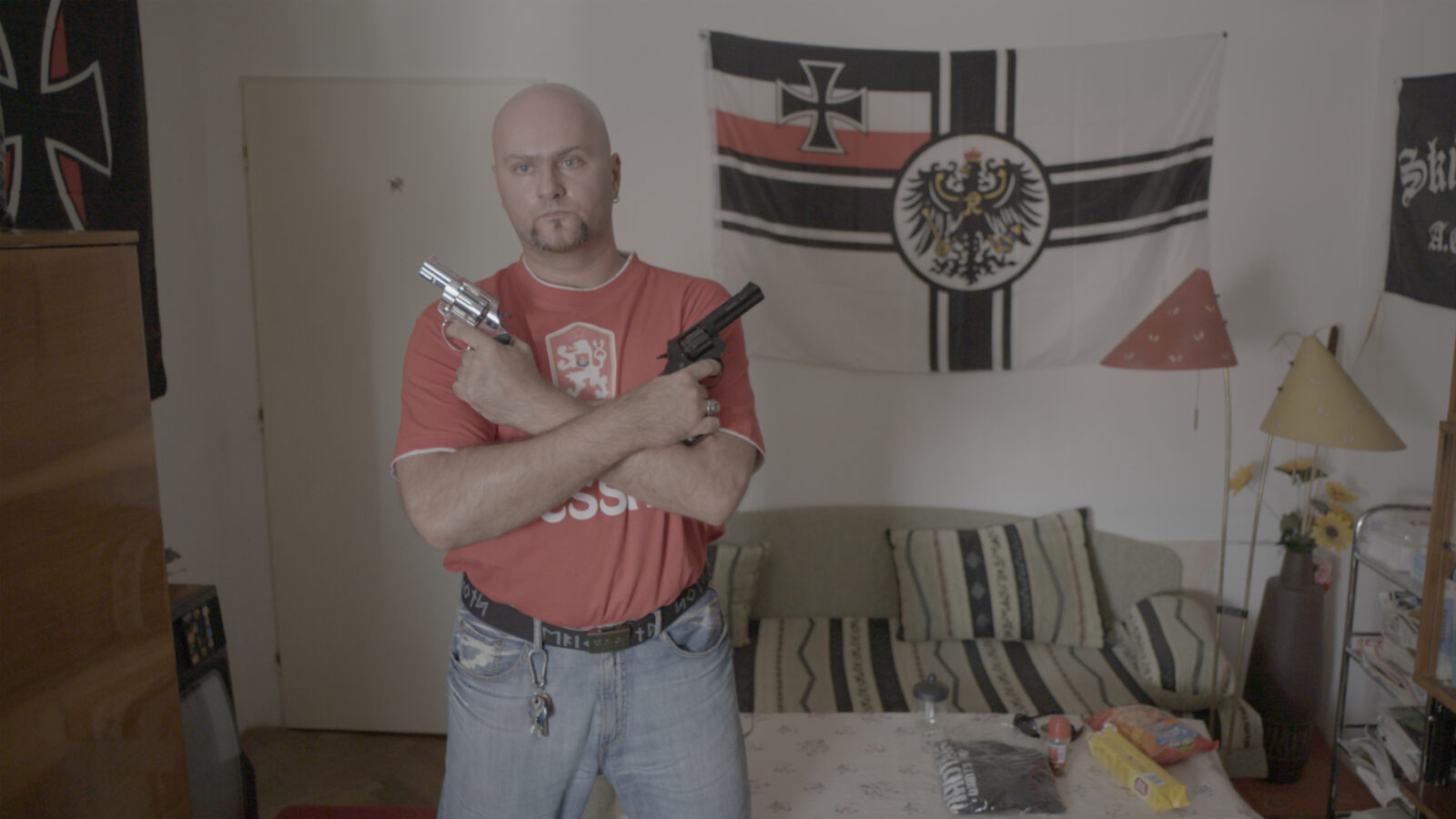 The White World According to Daliborek

Middle-aged Daliborek from the Czech Republic is a Nazi. He hates immigrants and gay people, thinks that the Holocaust never really took place, and that Hitler was a sensible man. But most of his time is spent in Mum’s basement, on his Playstation, drinking beer and making music and videos that get about five likes each on YouTube. One day his mother gets a new boyfriend, who shares Daliborek’s racist views and encourages him to really stand up for his beliefs and act on them.

The White World According to Daliborek portrays a tragic, lonely, and at times pretty comical person. As such, it stands out from all the countless other documentaries about Nazism out there. It will confront you about your preconceived notions, and is guaranteed to make you laugh – even though it will also make you deeply uncomfortable. Anyone wanting to understand the evolving threat of modern day Nazism should really try to understand Daliborek and his twisted world views.