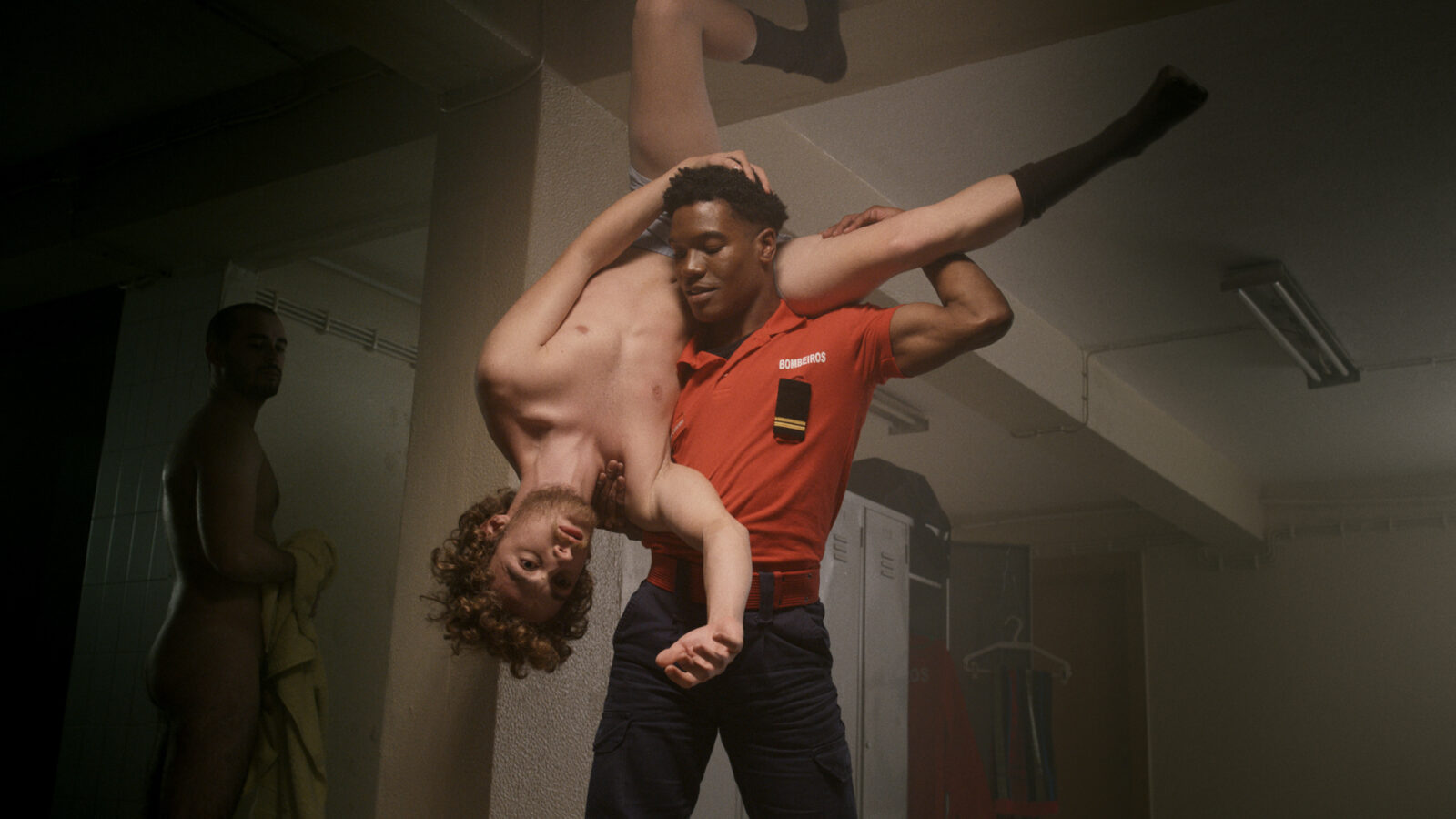 A lovely homoerotic musical comedy different from anything you have seen before.

In Portugal, 2069 Prince Alfredo is dying and mumbling the name Alfonse. Many years earlier, in the 2010s; Alfredo is a young prince in his 20s, and Portugal is defined by constant forest fires. To signal his independence from his parents, and to do something about the forest fires, he announces that he wishes to become a fireman. The training at the firehouse is out of the ordinary; A particularly homoerotic environment where the employees wear designer jock straps, are singing and dancing, and staging naked motifs from classical paintings.

This is where Alfredo meets Alfonse. Alfonse is responsible for his training, which quickly evolves into a romance. Director João Pedro Rodrigues’ previous film, The Ornithologist, was shown at Oslo Pix in 2017, and his most recent film is truly something out of the ordinary. A genre defying film combining science fiction and musical comedy, packed with discussions about colonialism, race, and environmental issues wrapped in a lovely homoerotic love story.

João Pedro Rodrigues is a portuguese filmmaker and artist who explores gender and desire through reflections over film history and genre through documentary and experimental film. He has made several short films and feature films that have been screened and won awards at some of the most prestigious festivals in the world. He broke through with O Fantasma hitting Italy with controversy when it premiered in Venice in 2000. His last film, The Ornithologist, was shown at Oslo Pix in 2017.