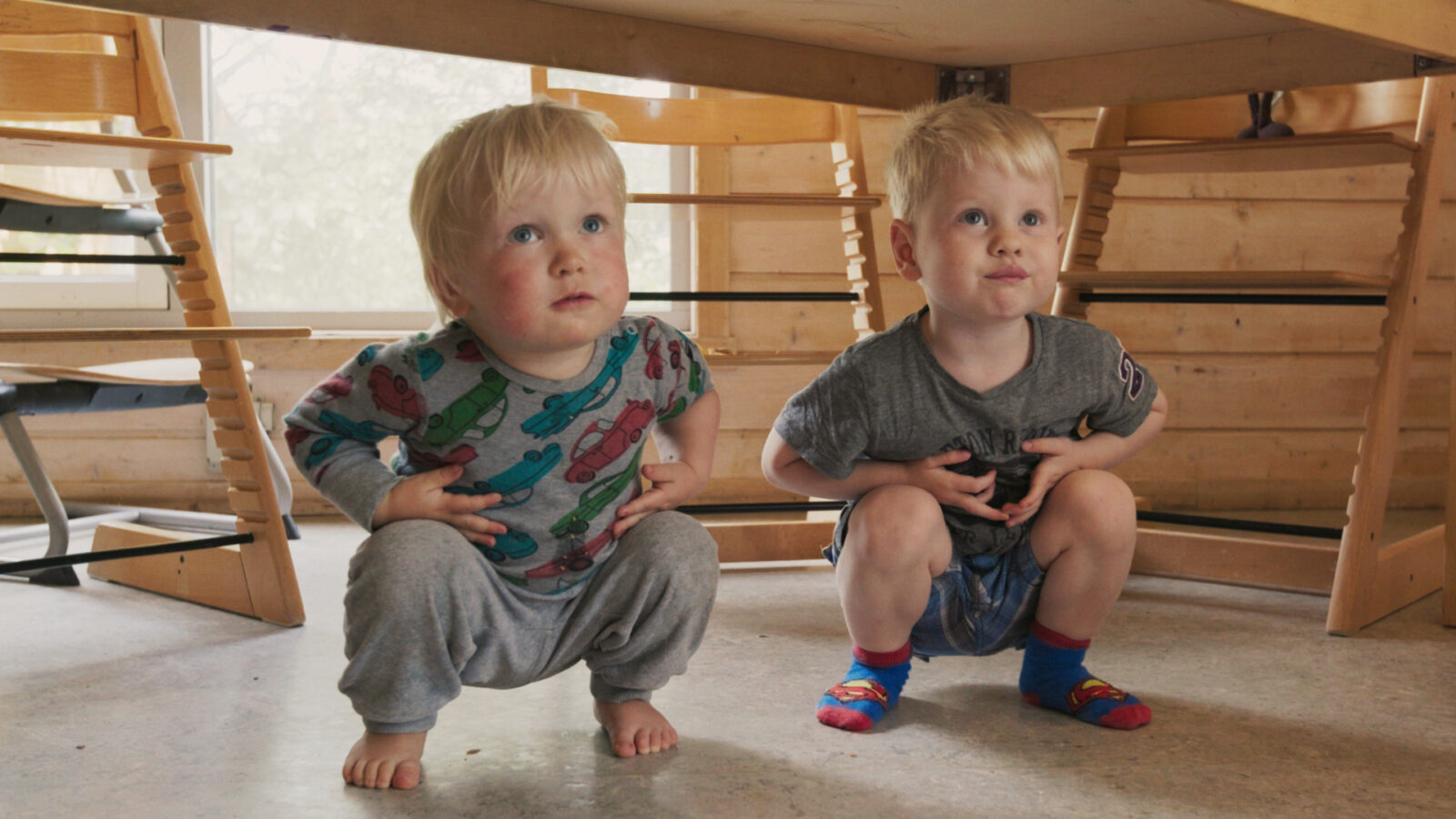 A unique and touching film about the two year old best friends Balder and Håkon.

Two-year olds Balder and Håkon are best friends and attend a public kindergarten. In Gunhild Westhagen Magnors film we follow the two over a one-year period with all its ups and downs. The friendship between the two is put to a test, among other things by the transition from the small children’s section to that of the older children. Qualities such as setting one’s own limits and learning to share become more and more central for the two and to the micro-society to which they belong.

This is a very special and important film, which strikes the right balance between the serious and the comedic and tells us some fundamental truths – that the situations which unfold in the sandbox can be very similar to situations later in life. At that point it is important to have the right toolkit. The film is focused around the important steps which are made during the kindergarten years and which are so important in order to become empathetic human beings and be able to tackle life’s challenges.

Magnor’s film, which won the prize for the best Norwegian documentary at the film festival HUMAN earlier this year, manages in a fascinating way to come very close to the big small humans in the film. It captures scenes of malicious harassment, care and love on camera. It is absolutely unique and very touching.

The screening on August 31st is a special screening and will therefore be screened with the light on and at a lower volume.

Gunhild Westhagen Magnor is a Norwegian film director who among other films have made the documentary Vinger under vann from 2005 about a bomber plane that crashed and went trough the ice in Jonsvatnet by Trondheim in 1940. She has also made Kaninkongen from 2007, about a man trying to protect and conserve the rabbits at Gressholmen in the Oslo Fjord. Optimisten from 2013 tells the story of a volley ball team only consisting of women between 66 and 98 years, and was the closing night film at the film festival in Haugesund the same year.