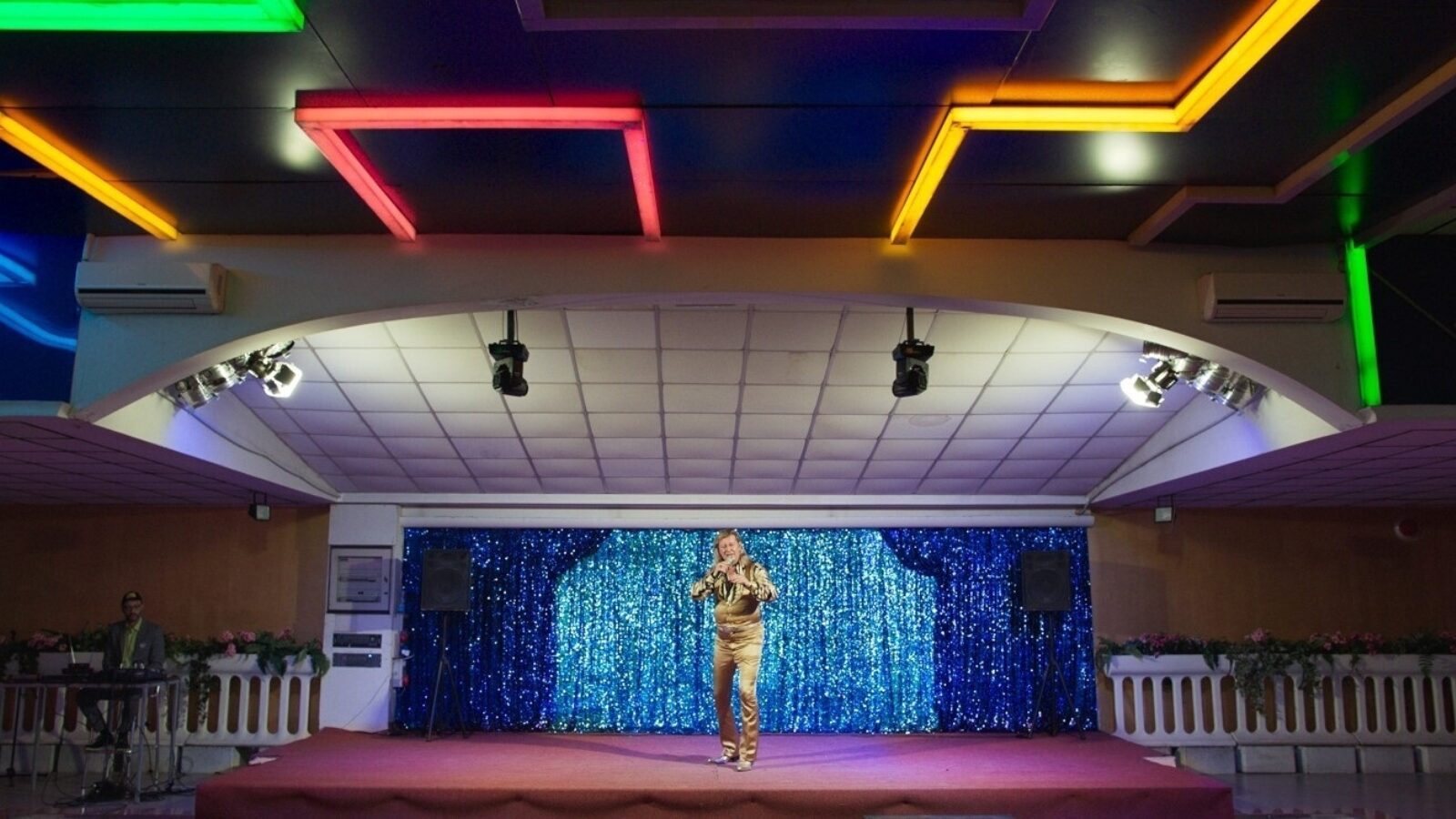 The wretched crooner Ritchie Bravo has to clean up his mess in true Ulrich Seidl manner.

If you like the deeply tragic combined with the hysterically funny, set in an environment that Roy Andersson would love, you have come to the right film! The wretched Austrian crooner Ritchie Bravo (Seidl favorite Michael Thomas, in his perhaps best role ever) has his life turned upside down when he meets his adult daughter again for the first time since she was a little girl. Now she wants financial compensation for all the years her father has been away, and the betrayal of leaving both her and her mother.

If the reunion is not unpleasant enough, the mood becomes particularly bad when it turns out that the father is not very well-off at all. A desperate search for money soon begins in the Italian port city of Rimini's worn-out bars, stages and hotel rooms, where Ritchie acts as an artist, charmer and gigolo in a meeting with the place's German-speaking and middle-aged female holiday guests.

The screenings are supported by The Austrian Embassy in Oslo.

The screening on August 31st is introduced by Klaus Ranner from The Austrian Embassy in Oslo.

Ulrich Seidl (b. 1952) is an Austrian director and documentary filmmaker who is never afraid to shock and provoke his audience with sex, brutal quarrels, or humiliation. He has participated in the main competition in Cannes, Berlin, and Venice on several occasions. His Dog Days won the Silver Lion at the Venice Film Festival in 2001.