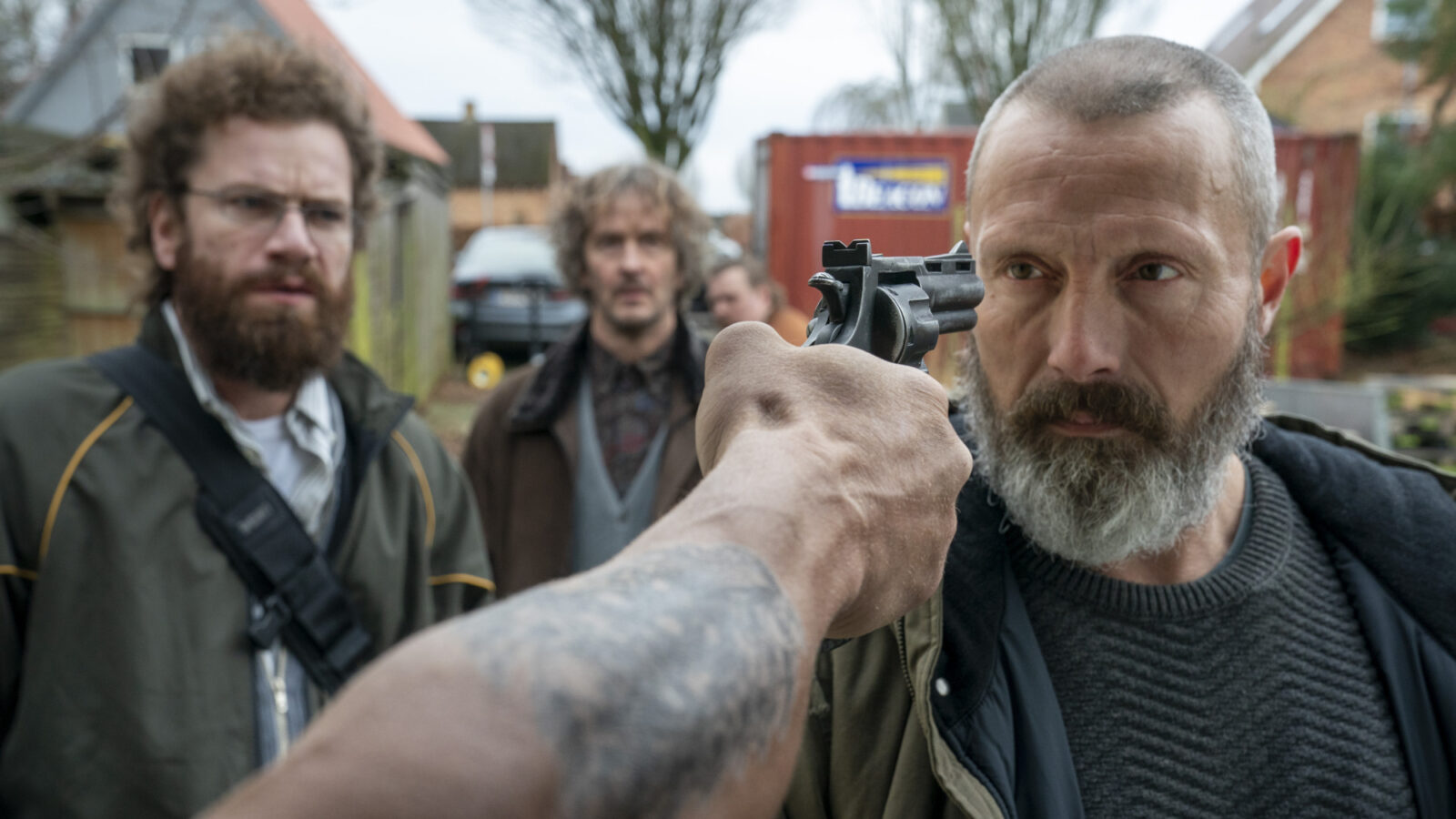 This year’s opening film, Riders of Justice, poses big questions about predictability, probability, and coincidences. The film begins with a lovely prologue about a bicycle – the very symbol of Denmark – being stolen. Then, we are introduced to Markus (played by Mads Mikkelsen), a soldier stationed abroad who needs to travel back home to his teenage daughter Mathilde after a tragic train accident. But Markus, a numb and hardened man with severe symptoms of PTSD, is far from the caring parent she needs.

The train accident, which at first seems like a coincidence, quickly becomes more intricate – at least according to the mathematician Otto (Nikolaj Lie Kaas) and his two eccentric colleagues Lennart and Emmenthaler. Otto, also a passenger on the train, is convinced that the accident is a carefully planned attack executed by one of Denmark’s most dangerous gangs, Riders of Justice. And, when this information is passed on to Markus, he decides to take matter into his own hands.

Anders Thomas Jensen has written over 40 scripts to award winning films and has directed a bunch of dark comedies, like The Green Butchers and Adam’s Apples. Riders of Justice, like its predecessors, has a solid script which gives some of Denmark’s best actors, not to forget the Swedish actor Gustav Lindh, who made his breakthrough in Oslo Pix’ previous opening film Queen of Hearts, a lot to play with. Jensen has a remarkable ability in creating subtle universes where things are always drawn too far – and a little further. He also manages to create characters whom the audience can relate to and care for – even in film universes that are absurd and far from reality. Who would imagine that contemplating life itself could be done in such an amusing and elegant way?