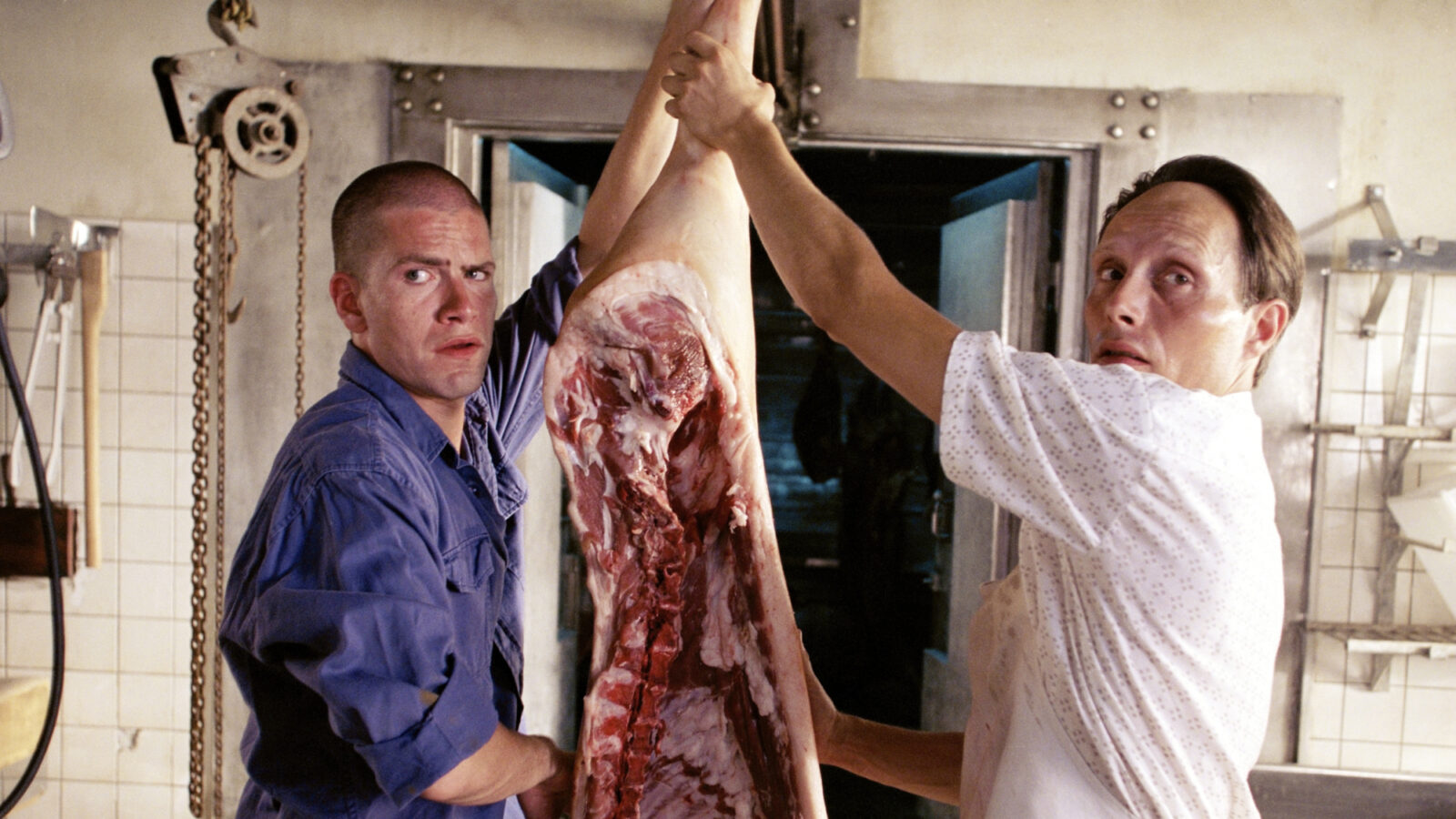 If you ask someone what the backbone of Danmark is, you are most likely to receive answers such as bicycling, the little green Tuborg beer, sky-high sandwiches and a huge variation of sausages that you can buy from vendors on every street corner. The Green Butchers introduces us to a universe where the proud butcher tradition is held high by the main characters Svend (Mads Mikkelsen) and Bjarne (Nikolaj Lie Kaas) – the former a neurotic with a serious perspiration problem, the latter lazy and introvert.

Svend and Bjarne are tired of working for the local and rowdy butcher (Ole Thestrup), who only makes fun of them, so they quit to start their own business at the outskirts of town. In the beginning, there are few customers and things are looking a bit glum until Svend, by accident (or luck, depending how you see it) has an idea that involves a different kind of meat than swine and beef. Before they know it, the word is out and the queue grows. There’s only one problem – the special ingredient behind the success is not that easy to supply.

The guns are stowed away and replaced by a meat grinder in Anders Thomas Jensen’s second feature film. The result is a morbid and black comedy with ingredients from Jean-Pierre Jeunet og Marc Caros Delicatessen (1991) psiced up with inspiration from the Coen brothers.