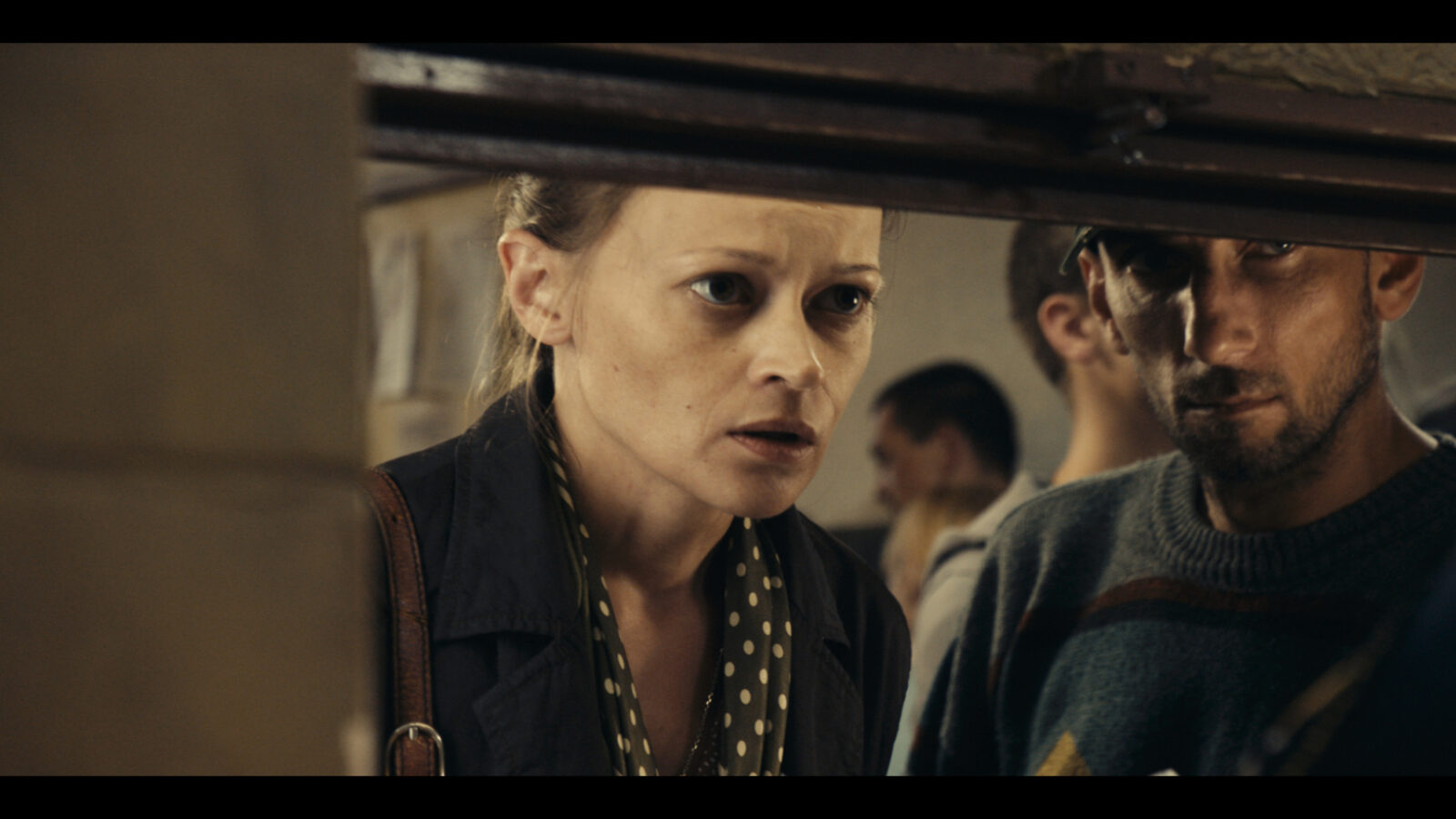 A package is sent to a prison, but ends up being returned. Why? A nameless woman embarks on a Kafkaesque journey to find out what has happened to her husband, the intended recipient of the package, who is behind bars somewhere in Siberia. Once in the prison town, our protagonist is acquainted with power hungry bureaucrats and a grotesque underworld; new challenges rise to meet her no matter where she turns. In spite of her meek character, the woman endures humiliations and dangers. Vasilina Makovetseva’s finely tuned interpretation of the role makes for fascinating viewing.

Both the larger narrative and the life and fate of the protagonist lie close to a nightmare vision of the Soviet Union – thematically as well as visually. Underneath the fiction, which in turn is inspired by a Dostoyevsky short story, the contours of the real country’s extensive prison system can be glimpsed. The film also argues that society outside the prison walls is squeezed dry by the very same oppressive structures that are at work on the inside. The fact that A Gentle Creature is set to the present day and in Putin’s Russia adds a political punch on a level similar to the films of Russian auteur filmmaker Andrey Zvyagintsev.