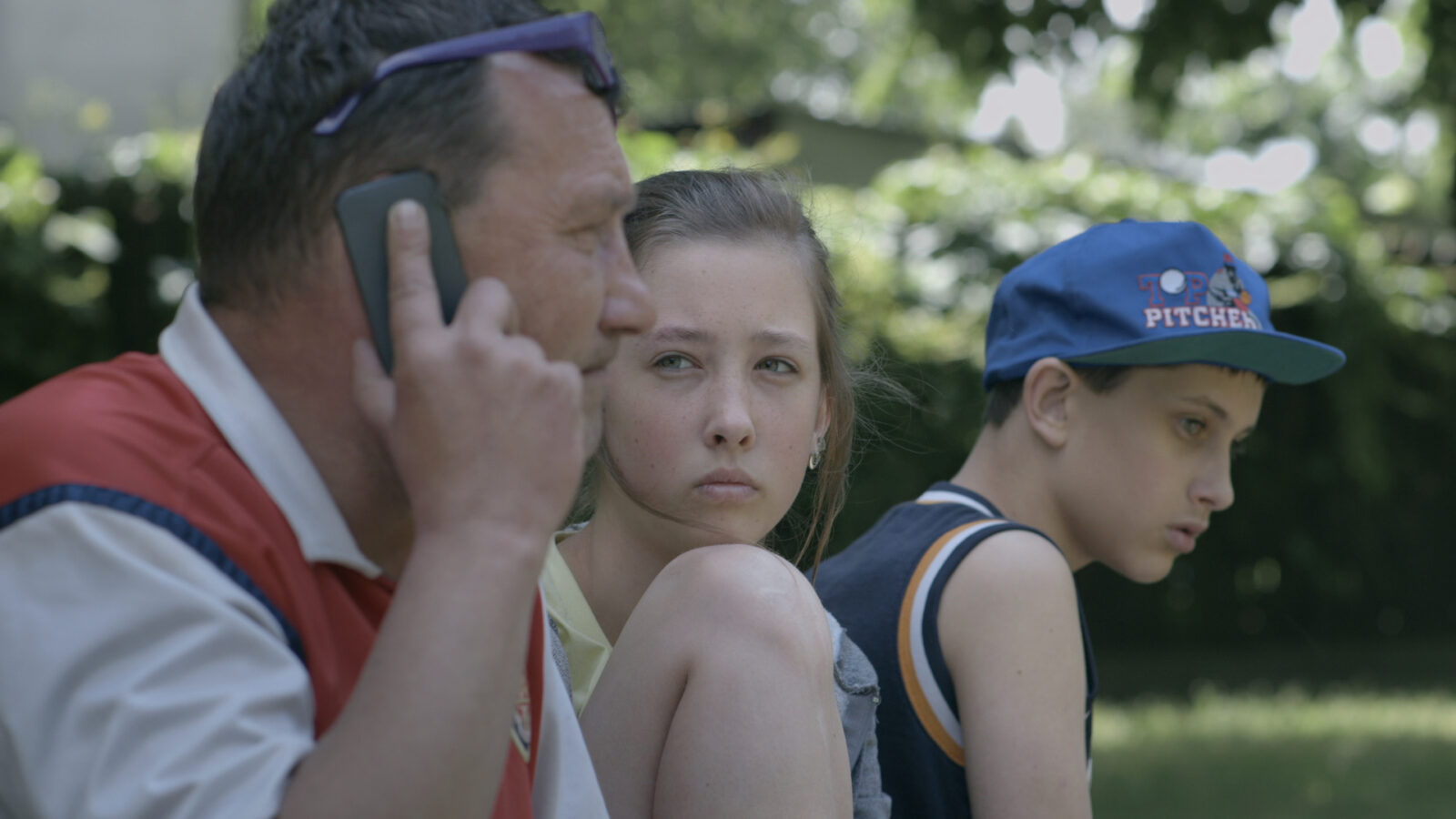 Precisely the kind of small-scale, shoestring-budget gem for which film-festivals are made, Anna Zamecka's Communion is a boundary-blurring documentary that seems to touch the hearts of everyone who sees it. Shot almost entirely in a single house, during 35 days over the course of a single year, it takes us into the midst of an unorthodox, fractured family in the build-up to the eponymous religious event. Hyperactive, autistic Nikodem is the one (somewhat reluctantly) preparing for his first communion, but the main focus of Zamecka's cameras is really his 14-year-old sister Ola--for whom the expression "growing up fast" could have been coined. Forced to take over household responsibilities when her mother Magda departed the scene, fed up with her husband Marek's alcoholism, Ola is by some measure the most mature and competent individual on view here.

Denied the everyday pleasures enjoyed by her high-school peers, Ola instead dreams of the day when her mother might return--and hopes that Nikodem's communion might possibly help repair long-burned emotional bridges. A clear-eyed and uncompromising work of empathy and hard-won humanism, Communion is shot through with a crucial streak of mordant humour. Fruit of a palpably trusting relationship between film-maker(s) and subjects, this is a strikingly confident and accomplished directorial debut that introduces Zamecka as strong new voice in Polish - and indeed European - cinema. NY

Director Anna Zamecka will stay for a Q&A after the screenings on Saturday 10th of June at 3 pm and Sundag 11th of June at 4.45 pm.

Anna Zamecka born in Warsaw studied journalism, anthropology and photography in Warsaw and Copenhagen, and later completed the DOK PRO Documentary Programme at the Andrzej Wajda Master School of Film Directing (founded in Warsaw by Wajda himself in 2001). Communion won her the top prize in Locarno Film Festival's Semaine de la Critique section in 2016.