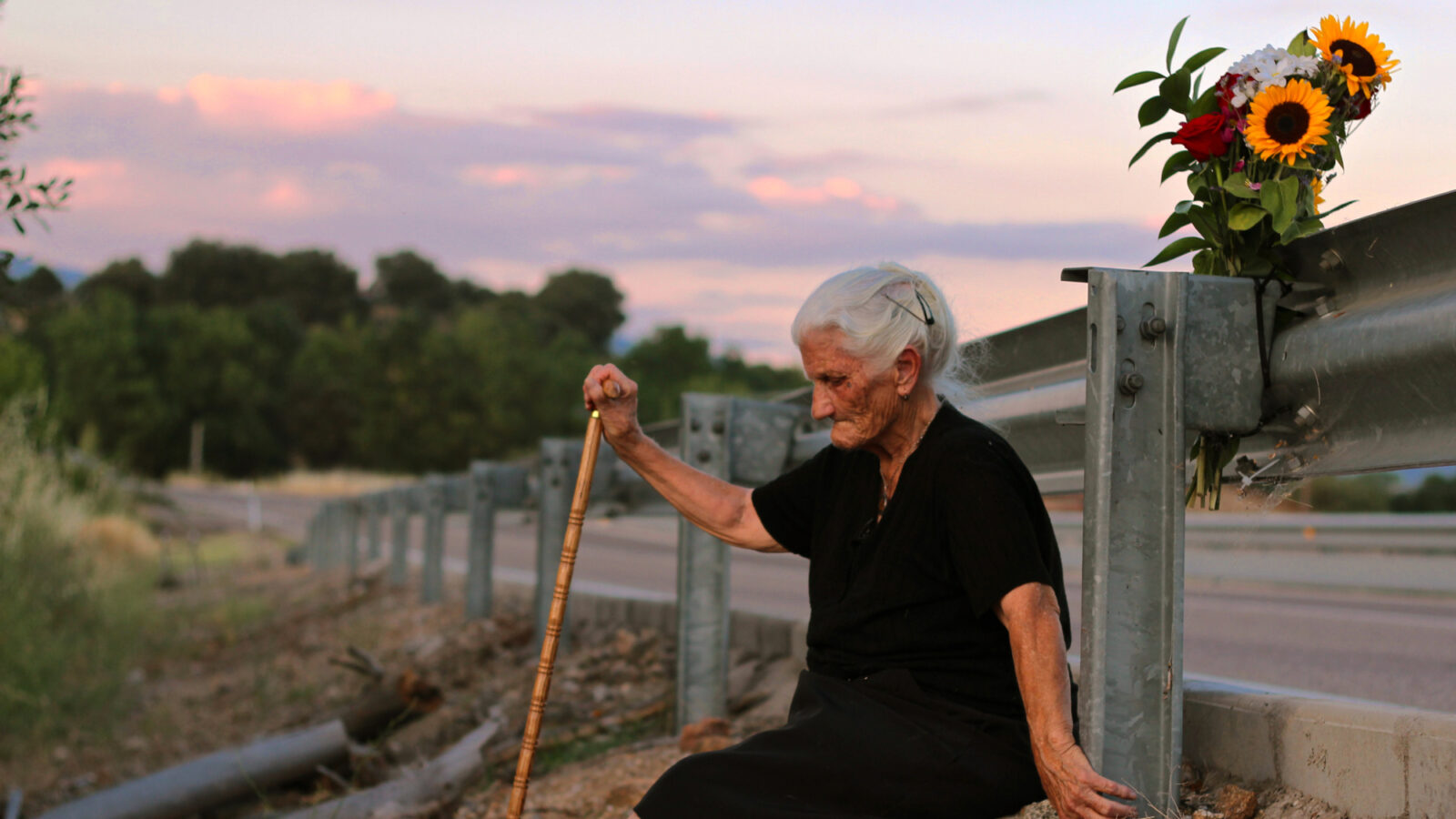 The filmmaker couple Robert Bahar and Almudena Carracedo have spent six years working on their film regarding the aftermath after Franco’s dictatorship in Spain. Bahar is a guest at the Oslo Pix festival.

43-year-old Robert Bahar is in addition to be a appealing lecturer at a number of universities, commonly known for the Emmy winning documentary Made in LA, which he made together with his Spanish wife Almudena Carracedo in 2007. The film took on three Latin American immigrant women who together fought their rights as workers. With The Silence of Others, the couple moved on to Carracedo's homeland Spain looking to show how marked the country still is of the Franco regime, over 40 years after the dictator died. At the premiere at the Berlinale Festival in February, the film was met by standing applause and great reviews.

Bahar and Carracado began taking interest in making a film in the country when the stories of "the lost children of Francoism" began to come out in the media in 2010. These were the children of the Franco regime's opponents, who had either been killed or imprisoned during the civil war. In total, nearly 300,000 children were abducted, victims of trafficking and illegal adoption:

–The story of these crimes, with roots in the early days of Franco’s rule, led us to explore the marginalization and silencing of victims of many Franco-era crimes, ranging from extrajudicial killings at the end of the Spanish Civil War to torture that took place as recently as 1975.

– As we began to learn more, we were baffled by basic questions: how could it be that Spain, unlike other countries emerging from repressive regimes, had had no Nuremberg Trials, no Truth and Reconciliation Commission, no national reckoning? Why, instead, was a “pact of forgetting” forged in Spain? And what were the consequences of that pact, 40 years into democracy, for the still-living victims of Franco’s dictatorship?

– We discovered that The Silence of Others was going to be a story about possibilities, about trying to breach a wall, and that, rather than focusing on what had happened in the past, it would be all about what would happen in the future. We also saw that the film would embody great passion and urgency because, for many of the plaintiffs, this case would offer the last opportunity in their lifetimes to be heard.

Despite the fact that many of the victims of the regime begin to approach the end of their lives, the film took six years to make. When the recordings were over, they were left with 450 hours of material. Completely essential for the making of the film was a lawsuit in Argentina where the victims had taken up their cases with the use of international human rights.

How important was the “Argentine lawsuit” to find interview objects?

– Once we decided to focus on the Argentine Lawsuit, it wasn't difficult to find people at all. There are hundreds of plaintiffs in the suit, and thousands more victims or survivors of crimes related to the dictatorship who are supporting the lawsuit and also want to tell their stories. But while finding people in it self wasn't a big issue, we did face a great challenge and responsibility with the material we gathered. There is so much unresolved pain, so much horror in this story, and the responsibility to do justice to that pain would keep us awake at night.

The Silence of Others has not yet premiered in Spain, but has already received much attention in the country in connection with the premiere in Berlin in February. Bahar emphasizes the importance of both Carracedo and several other in the film crew are coming from Spain:

– It's important to remember that the other director/producer, Almudena Carracedo, is Spanish, and that the majority of the filmmaking team is Spanish, and so we have been thinking deeply about how every detail of the film will be received in Spain from the beginning. On the other hand, through having an international team, we also focused on telling a story that could be relevant to a broader audience.

Do you think most people who visit Spain reflect on the aftermath of the dictatorship?

– To be honest, I am not sure how many people know about it. I think people are very aware of the Spanish Civil War: from Picasso’s Guernica to Hemingway’s For Whom the Bell Tolls, the Spanish Civil War holds a special place in the Western imagination, as a heroic and tragic early front against fascism. But outside Spain, I think fairly little is known about the forty years of dictatorship that followed, or the complex choices that were made during Spain’s transition from dictatorship to democracy. During the filming, we even became aware that even young Spaniards do not know enough about their own country's history themselves.

When it comes to inspiration within the documentary genre, Bahar's list is long. He mentions Barbara Kopple's films Harlan County and American Dream as films that inspired him as a young student, while in recent years he has, among other things, been fascinated by Patricio Guzman's films about the dictatorship in Chile.

Have you been inspired by filmmakers such as Joshua Oppenheimer and even Claude Lanzmann who also have made films concerning big national traumas?

– Absolutely. Joshua Oppenheimer's work in bringing to light what happened in Indonesia is really revelatory and we watched both The Act of Killing and The Look of Silence as we were conceiving this project. They are amazing films and of course there are many common themes - perpetrators living near victims' families, issues of impunity and continuity of power, issues of silence at individual and societal level, international complicity relating to the cold war. And of course Claude Lanzmann's Shoah and his entire body of work were always in the back of our minds and are absolutely extraordinary.

– One fascinating thing to remember is that many of the victims and survivors –who are now plaintiffs in the Argentine Lawsuit and protagonists in the film – have also seen all of these documentaries. And so they are incredibly aware both of how other countries have dealt with post-conflict, post-trauma issues, and also with how other filmmakers have chosen to represent them. So we could have really complex conversations not just about the issues but also about what we were setting out to do as filmmakers.