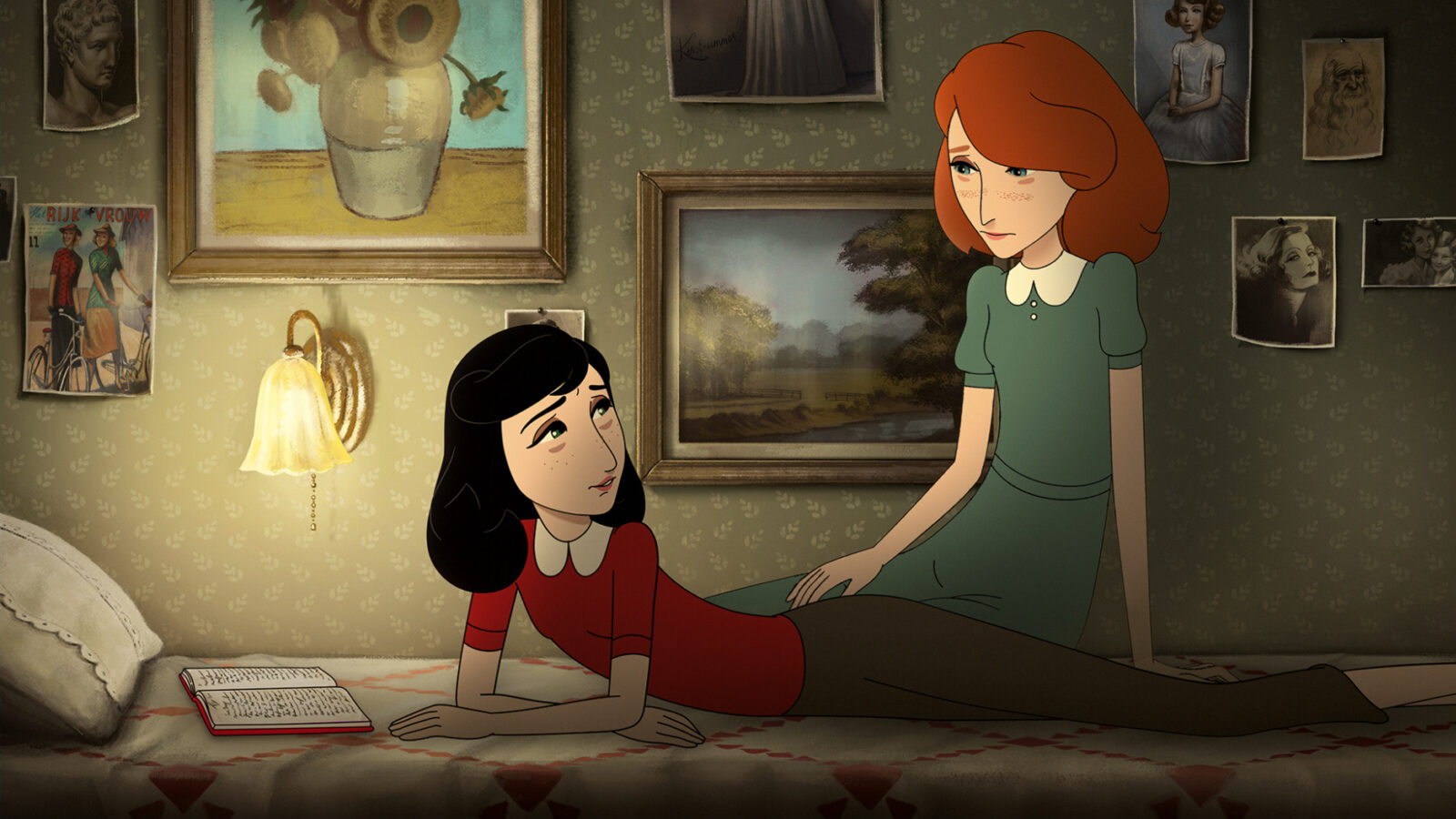 Where is Anne Frank? uses Anne Frank’s diary as a starting point and is about her imaginary friend Kitty.

Where is Anne Frank is a modern interpretation of Anne Frank’s Diary. We follow Kitty, Anne’s imaginary friend from the diary, who wakes up in contemporary Amsterdam inside the Frank family’s house which is now a museum. When Kitty reads the famous diary her memories of her friend Anne come back, and a journey in time and space begins to find her again.

Even though the subject matter is heavy, there are good portions of humor in the film. The animation is gorgeous, evocative and fantastical, and great use of music underlines the switches between past and present. The film is made by the Oscar nominated director ofWaltz with Bashir, Ari Folman.

Ari Folman (b. 1962) was born in Haifa in Israel. He is a director, script writer and film score composer. His animated documentary, Waltz with Bashir, was nominated for an Oscar, the movie is about the war in Lebanon in 1982. He has studied film and television at the university of Tel Aviv.