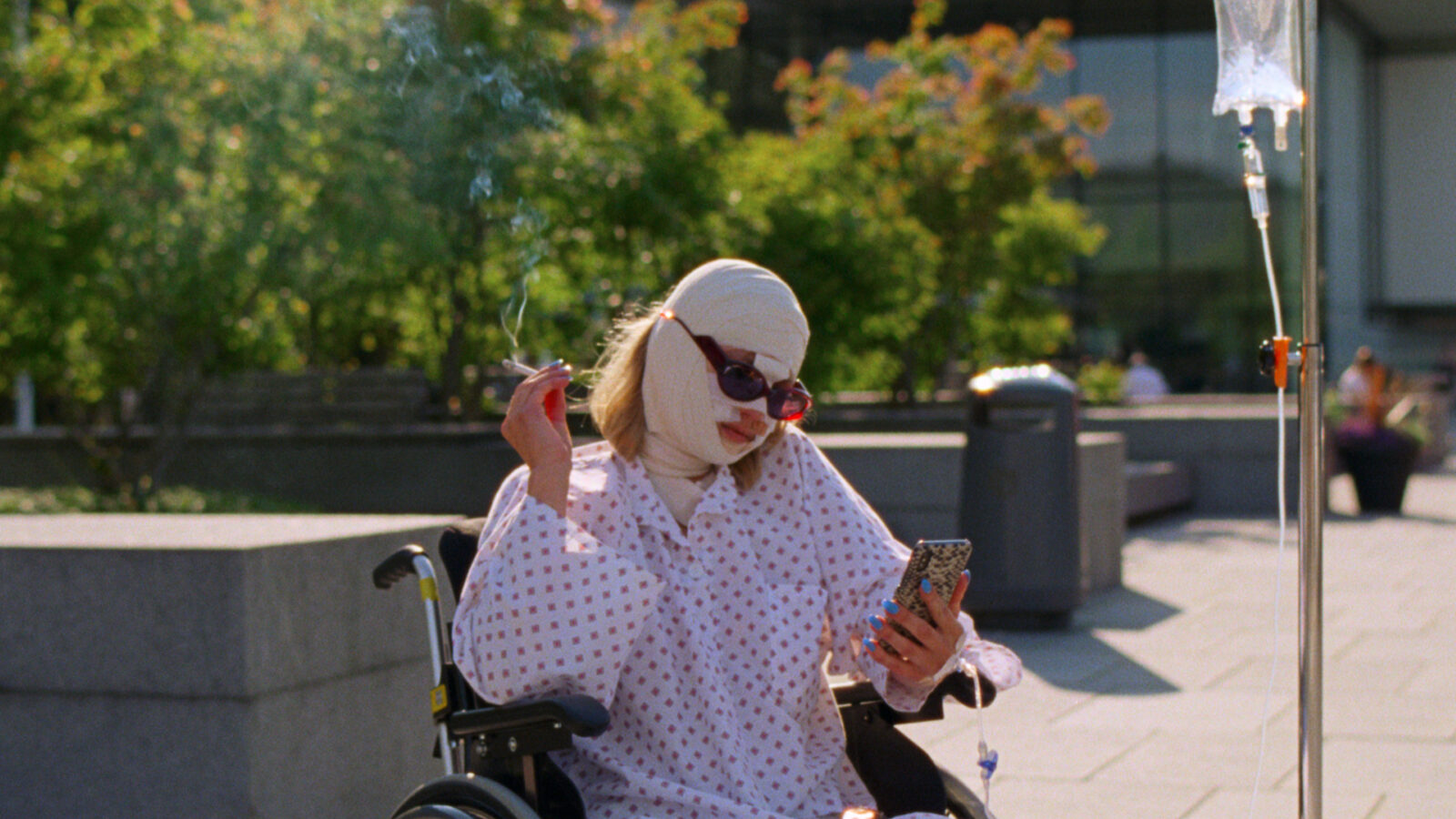 One of this year's most anticipated Norwegian films, Kristoffer Borgli's pitch-dark comedy SICK OF MYSELF, will open Oslo Pix Film Festival on August 29th.

SICK OF MYSELF had it's world premiere in the prestigious Un Certain Regard programme at the Cannes film festival in May, and was warmly received by the critics.

Director Kristoffer Borgli's (DRIB) second feature revolves around a narcissistic project that spins out of control. SICK OF MYSELF is a razor-sharp satire that balances body horror-elements with merciless dark humor.

Kristine Kujath Thorp (NINJABABY) plays the lead role as Signe, who is stuck both in life and a dysfunctional relationship with her artist boyfriend Thomas (Eirik Sæther) – a relationship characterized by a constant struggle for attention. When Thomas begins to be more and more renowned for his art, Signe starts to feel ignored. To avoid falling in the shadow of her famous boyfriend and their successful circle of friends she goes to extreme measures to gain sympathy and attention from everyone around her.

SICK OF MYSELF will be released theatrically on September 9th, and is distributed in Norway be Ymer Media.

Read more about the film here.

Wondering what else you can see at Oslo Pix Film Festival 2022? The full festival program will be announced on August 9th, but we have released several films already. Read about them here.